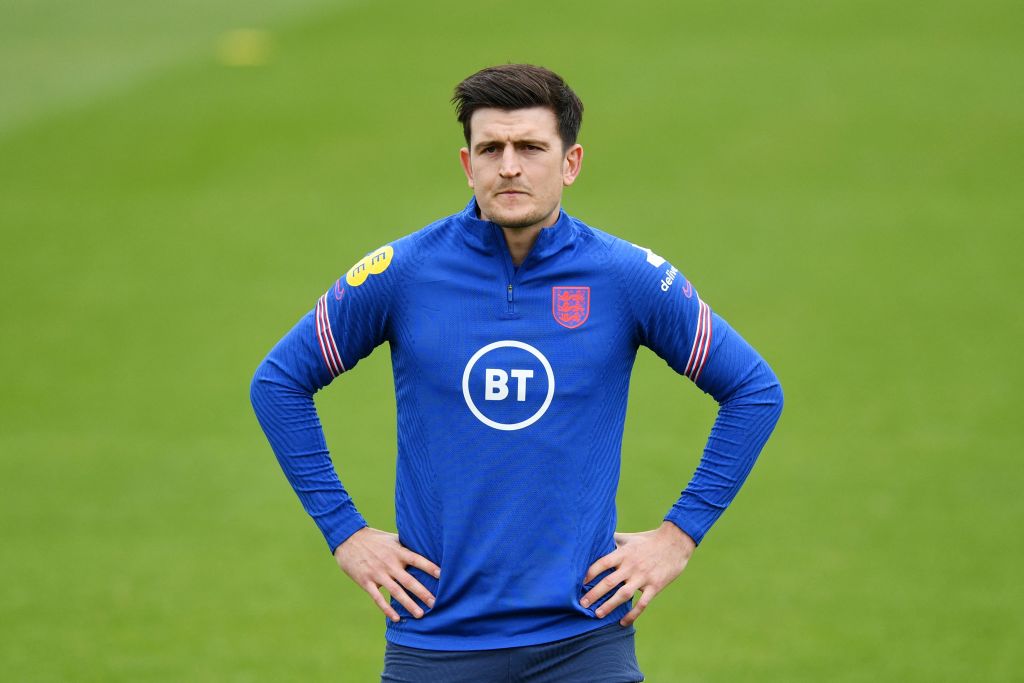 Harry Maguire has set himself a target of returning for England’s final group game against the Czech Republic.

The Manchester United captain returned to training at St George’s Park on Thursday ahead of his country’s opener against Croatia on Sunday.

He had not featured for his club since suffering ankle ligament damage in a 3-1 win for Manchester United against Aston Villa on May 9.

Maguire is short of match fitness and has no chance of being ready for the Croatia game, while he’s unlikely to be ready to face Scotland the following Friday.

However, he is hopeful of playing some part against the Czech Republic on June 22, according to the Mirror.

It could be a match that proves pivotal for England’s hopes of finishing top of the group – or worse, to qualify – but Three Lions boss Gareth Southgate would no doubt be delighted to have the centre-half back for the knockout stages, should England progress.

Southgate has gambled by including the Manchester United skipper in his 26-man squad but was handed a boost when he returned to training ahead of the tournament.

Euro 2020: Finish date, fixtures and where are the games taking place?

He faces a decision over who should partner John Stones at the back, with Tyrone Mings, Conor Coady and Ben White all pushing for a start.

The England boss could also opt for a back-three, with Kyle Walker and Luke Shaw also capable of playing in the wider centre-back roles in that formation.

Teen Mom Jade Cline claps back at fan who slams her for plastic surgery & says ‘a diet can’t get you bigger boobs!’

Mikel Arteta makes decision on his No.1 Arsenal transfer target this summer