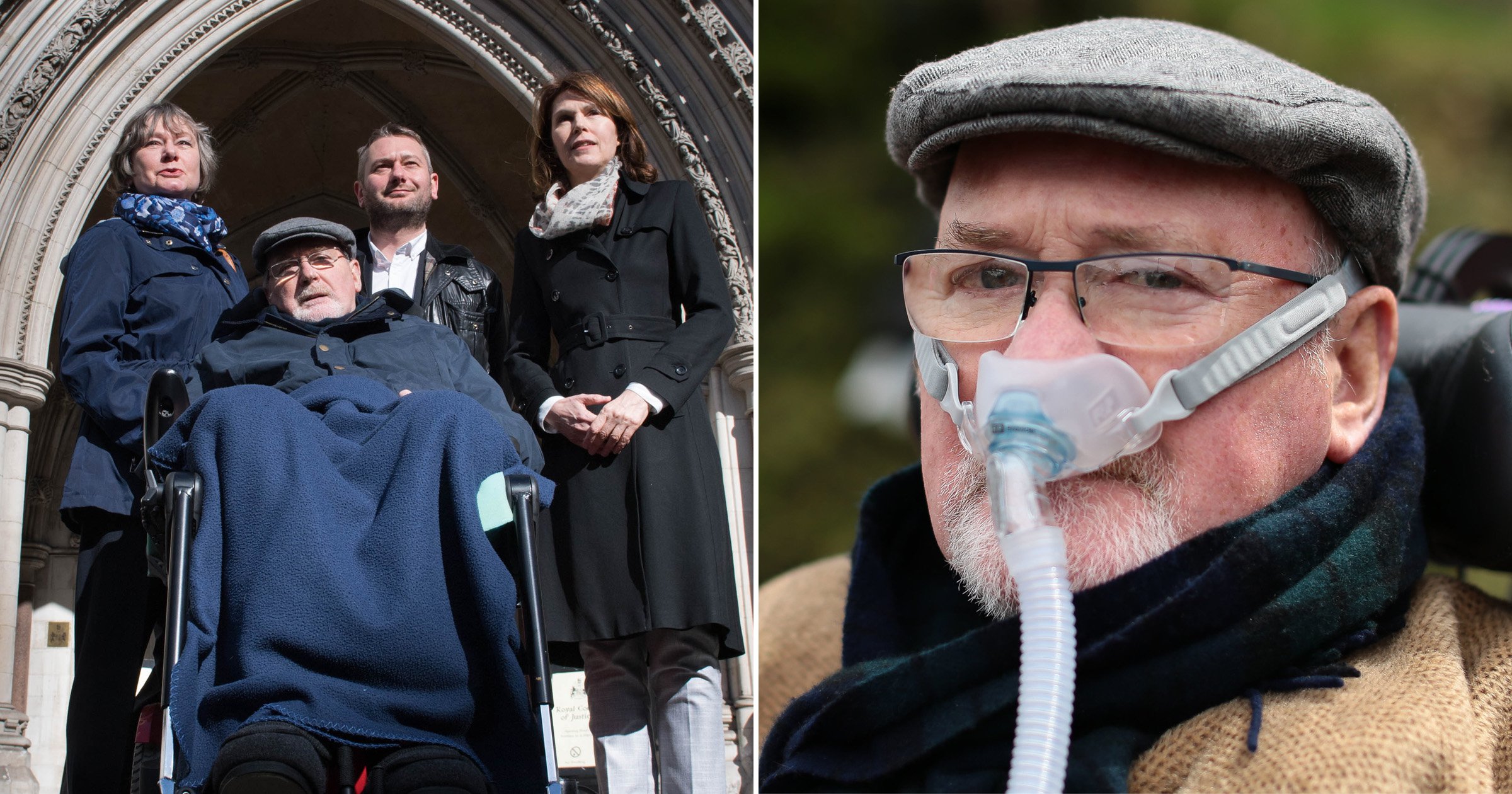 A campaigner with motor neurone disease who challenged the UK’s ban on assisted dying has died aged 71.

Noel Conway died on Wednesday at his home in Garmston, Shropshire, after making a decision to remove his ventilator, it was announced this morning.

A statement from campaign group Dignity in Dying said it was taken away to ‘hasten his death’, with support of his family, hospice and nurses managing his ventilation.

In 2018, Mr Conway’s legal fight to die ‘peacefully and with dignity’ was rejected by the Supreme Court.

In a statement he requested to be released upon his death, the retired college lecturer said: ‘When you read this I will be dead.

‘Not because I have suffered a tragic accident or died suffering from a long-standing or painful disease.

‘No, it will be because I have made a conscious and deliberate effort to end my own life.

‘I suffer from MND and was diagnosed over six years ago knowing that at some stage I would reach a point when my muscles would have deteriorated to such an extent that I could not function effectively.

‘Over the past two months it has become increasingly evident to me that the balance of fulfilment in life, or if you like, my quality of life, has dipped into the negative.

‘My voice has depleted to the extent that many people cannot now tell what I say and my eyesight recently deteriorated.

‘I’m already a paraplegic and I cannot use my hands or fingers but I am aware that my neck muscles are weakening as are my mouth and speech muscles.

‘I recognise that the time has come to take the decision now to do something about this.

Monkeypox outbreak confirmed in UK as cases under investigation

‘Under UK law it is perfectly legitimate to remove a ventilator from someone like me.

‘This is not something I would have chosen but I feel that I have no alternative to ending my life without pain and suffering and without compromising others.

‘However, my heart goes out to all those people who are terminally ill with cancers and other horrible diseases which make their lives execrable because they can’t find any release from their terrible suffering.

‘I have spent the last several years campaigning to have the law changed. The topic has been aired nationally and is much more prominent now than it ever was.

‘I am glad that Parliament is continuing to discuss it and investigate the possibilities of an assisted dying law in line with many other countries over the last few years.

‘It can only be a question of time before assisted dying will be approved in the UK.’

Mr Conway, who was diagnosed with motor neurone disease in November 2014, says he didn’t want to travel to Switzerland where he could end his life legally as he was too ill to travel.

When asked about a potential journey by Shrewsbury and Atcham MP Daniel Kawczynski, he said: ‘No, I am an Englishman and I want to die in England.’

In a statement, his wife Carol Conway said: ‘Noel died peacefully on the 9th of June 2021.

Monkeypox outbreak confirmed in UK as cases under investigation

‘The hospice team, ventilation nurses and all involved were so supportive of Noel, myself and our children.

‘They ensured Noel had a painless and dignified death, demonstrating empathy and concern for us all. Noel was in control, which was so important.

‘However, the uncertainty over how long this would take for Noel and what he might experience presented us all with considerable anxiety.

‘Ultimately, Noel wanted the choice of an assisted death, and I hope his campaigning will bring this option closer to becoming a reality for other terminally ill people in this country.’

Man, 21, gets stood up after travelling 90 miles for first date in two years