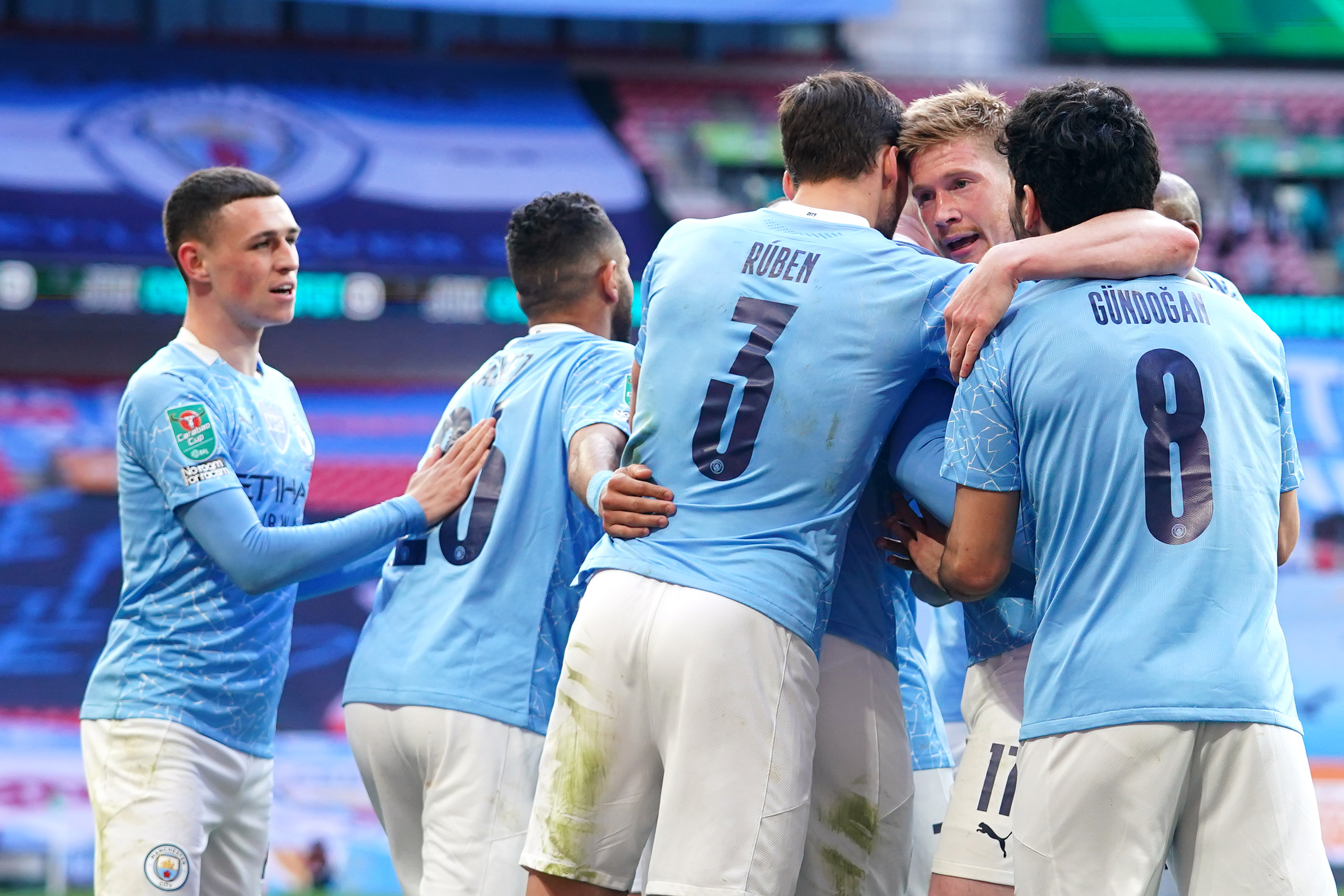 Ruben Dias and Kevin De Bruyne have been named in the PFA Premier League Team of the Year, with six of the 11 selections taken up by players from newly crowned champions Manchester City.

Pep Guardiola’s rampant City side stormed to their third title in four years, finishing the campaign with a 12-gap between themselves and nearest rivals Manchester United at the top of the table.

Ederson, John Stones, Ruben Dias, Joao Cancelo, Kevin De Bruyne and Ilkay Gundogan have all been rewarded for their outstanding contributions with selections in the star-studded starting XI which was unveiled on Friday evening.

City goalkeeper Ederson came away his second Golden Glove award in as many seasons after recording 19 clean sheets from his 36 appearances between the sticks.

Central defender Dias, meanwhile, who joined from Benfica last summer, has been a revelation alongside Stones at the heart of Guardiola’s defence and was also named Football Writers’ Player of the Year last month.

De Bruyne is the only individual to retain his place from the 2019/20 team and Gundogan has been selected for the first time after scoring 13 goals in 28 league games, comfortably his best tally yet in England.

England captain Kane has been given the nod after notching up both the most goals (23) and the most assists (14) across a phenomenal season with Tottenham.

He’s joined up front by team-mate Son, who contributed 17 goals and 10 assists for seventh-placed Spurs.

Salah racked up 22 goals and provided five assists in the top flight for third-placed Liverpool and has been named in the Team of the Year for a second time after his first inclusion in 2017/18.

Piers Morgan’s 60 Minutes Australia interview: How to watch it in the UK and US