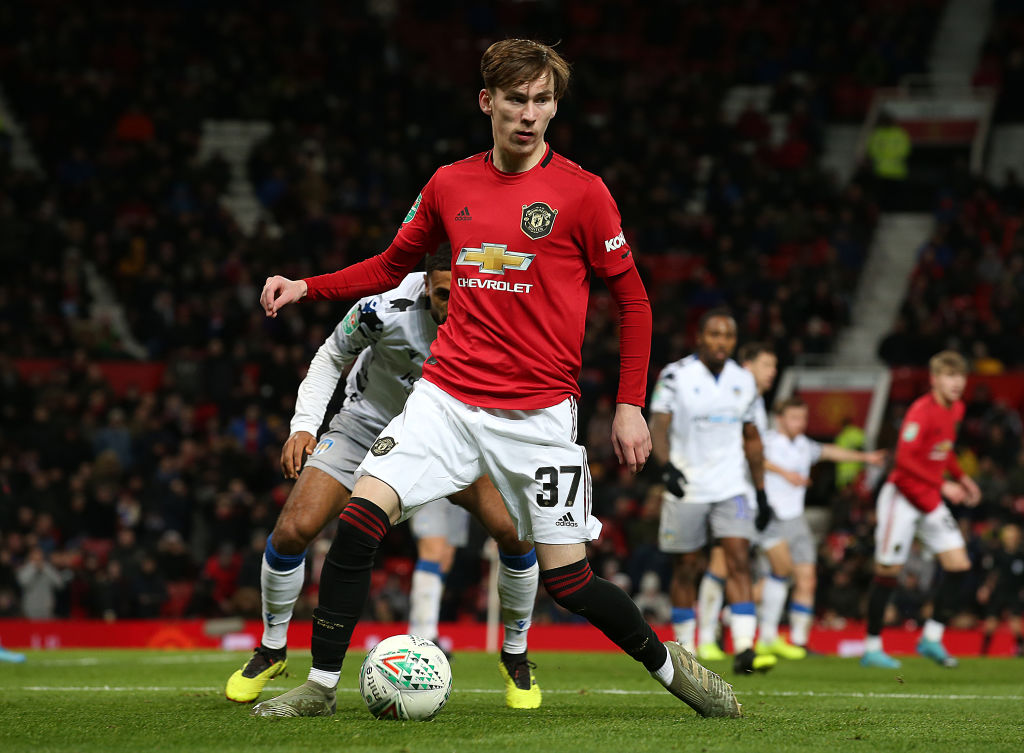 Legendary Manchester United midfielder Bryan Robson has called upon rising star James Garner to prove his worth to Ole Gunnar Solskjaer in pre-season, praising the youngster’s intelligence and work rate.

The 20-year-old has made two Premier League appearances for the Red Devils already, and seven in all competitions, while he has impressed in a couple of loan spells in the Championship.

Garner spent the first half of last season at Watford and the second at Nottingham Forest, scoring four goals in 20 appearances in the latter of the two short-term deals.

Breaking into the Manchester United first team seems a step too far for Garner just yet, but Robson has encouraged him to make the most of pre-season and catch manager Ole Gunnar Solskjaer’s eye as much as possible.

United have a string of solid opposition ahead of them in pre-season friendlies, facing Derby, QPR, Brentford, Preston and Everton, so if Garner can look like he belongs in the team then he could convince Solskjaer to keep him around this season.

‘It’s always good to see the lads who have been out on loan,’ Robson told ManUtd.com. “Then the younger players coming through get that opportunity. It’s good to see how well they can do against the opposition we’ve selected for the pre-season games.

‘We’ve got a couple of Championship teams and Brentford have just been promoted so it’s always interesting to see how the young boys cope with getting in the first team and playing 90 minutes, sometimes playing with the better players.

‘For James, this is it. He has had his education now and is at that age where he can really prove himself this season, whether he’s going to be at Manchester United or go out on loan again.

‘He’s a very intelligent footballer and works very hard at his game. Now it is up to James to step up and prove to Ole he is worthy of a place in the squad.’

Garner has an opportunity to shine before a string of United players return from holiday after the Euros and Copa America, leaving just a handful of first team players in training at the moment.

The Red Devils face Derby at Pride Park on Sunday (18 July) and Garner will certainly be involved as he looks to impress Solskjaer and his teammates.

Can England fans travel to Rome for the Euro 2020 quarter-final?