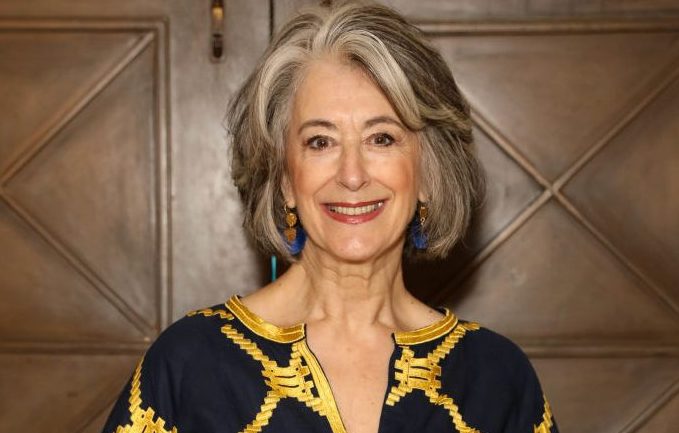 Maureen Lipman has revealed that she walked off Celebrity Gogglebox after being made to watch Naked Attraction.

The Coronation Street star said ‘life’s too short’ after she refused to watch the Channel 4 reality show during filming.

Maureen, 75, has appeared on the celebrity version of Gogglebox a number of times since 2020 with her friend Gyles Brandreth, but Naked Attraction proved a step too far.

In case you’re unfamiliar, Naked Attraction sees singletons strip off in a bid to impress prospective dates – and Maureen was having none of it.

Speaking to Radio Times, Maureen admitted she walked out after being told to watch the controversial dating series.

‘They’re not really interested in our opinions on what they’re giving us,’ she said about show bosses. ‘I’d seen Gogglebox and I thought, “Oh, [ours] is the grown-up version, is it?” But it’s your reaction to 12 dangling willies they want.’

She went on to say: ‘They’re searching for ways to make me go, “Urgh!” So I thought, “Well, actually, no, life is too short to watch a series of hopeless men dangle their bits and pieces in my direction. So I’m going.”’

Despite her misgivings towards Naked Attraction, Maureen stars in the new series of Celebrity Gogglebox currently airing on Channel 4.

Spice Girl Melanie C, Radio 1 DJ Clara Amfo and sports presenter Clare Balding also settled down on their sofas in front of the general public for the third series of the celebrity special, which began last Friday.

Celebrity Gogglebox: Who is Clare Balding's wife Alice Arnold and when did they marry?

The first episode saw daytime TV queen Lorraine Kelly labelled ‘filthy’ by her daughter Rosie Smith during one hilarious exchange as they made their debut.

Elsewhere, the stars were shocked to see Supervet Noel Fitzpatrick forced to operate on his own dog, which saw Clare Balding in tears and Sir Tom insisting: ‘You can’t have a dog dying on the television.’

Celebrity Gogglebox continues on Channel 4 and All 4 on Friday at 9pm.

Dark Side of the Ring: Dynamite Kid pulled gun on pregnant wife in front of their kids