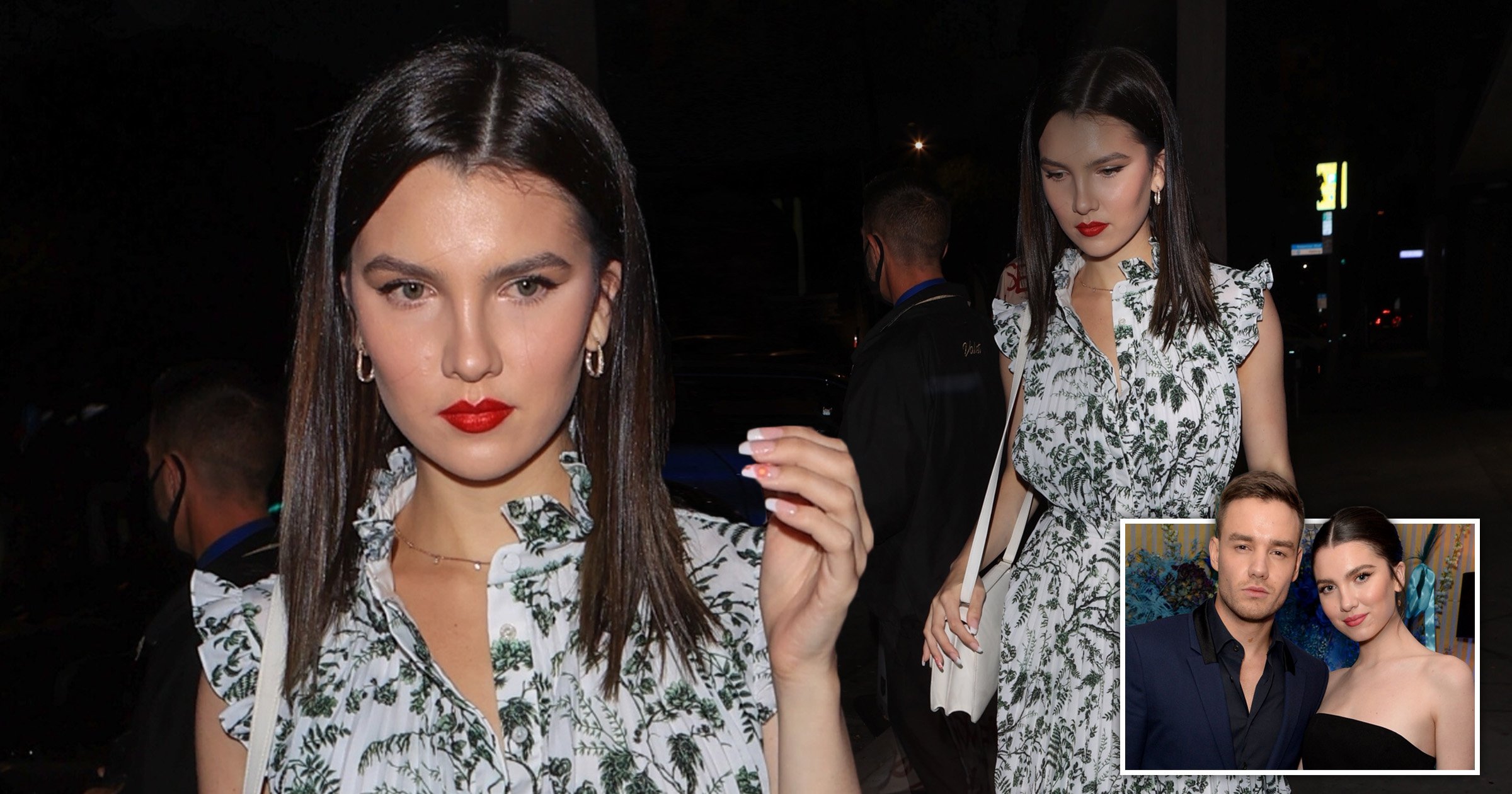 Liam Payne’s ex-fiancee Maya Henry was spotted heading out to dinner in her first public appearance since the One Direction star revealed their split.

Liam, 27, confirmed they had decided to end things during lockdown confessing that he ‘keeps on hurting people’.

Maya, 21, looked relaxed on her trip out to Craig’s Restaurant in Los Angeles minus her impressive engagement ring – worth a reported £3million – from the singer.

The model looked summery and glamorous in a black and white floral print dressed with frilled sleeves, which she teamed with bright red lipstick and white accessories.

Determined to get to her destination, Maya kept her gaze downwards as she strolled to the restaurant and brushed off the attention that was on her.

The Strip That Down singer opened up about his newly single status in a chat with new Dragons’ Den star Steven Bartlett on his YouTube series, Diary of a CEO.

Confirmed he was ‘indeed’ single Liam revealed: ‘I feel like more than anything at this point, I’m more disappointed in myself that I keep on hurting people.

‘That annoys me. I’ve just not been very good at relationships.

‘That’s where I got to in my last relationship,’ the dad-of-one continued. ‘I just wasn’t giving a very good version of me anymore, that I didn’t appreciate and I didn’t like being. I can honestly say I feel better out of it.

‘I didn’t feel good doing what I did but it had to happen. Just a corny way to say it was the best for us both.’

The star didn’t divulge what exactly led to the end of their engagement but only added: ‘I hope she’s happy.’

In the past Liam, who is dad to son Bear, praised Maya for how she handled his fame.

‘She is very understanding,’ he said at the launch party for his debut album LP1.

‘The first time we got caught in a fan face-off, there were about 50 fans following us in an airport. It was chaotic.

‘She got in the car and I asked if she is OK, and she was like, “Yeah”. I was more scared than she was.’

MORE : Kate Hudson reveals NSFW hack for burning calories – and her friends have some questions

MORE : Bonnie Tyler knows about all of your solar eclipse (of the heart) jokes because it happens every now and then

Kid Rock addresses use of homophobic slur by repeating it: ‘If it offends you, good chance you are one’

‘You’re doing amazing sweetie’: Most iconic Keeping Up With The Kardashians quotes as show finally ends after 20 seasons

The Simpsons producer on whether series will ever end: ‘If the show sucks, it goes off the air’

Lucifer season 5 part 2: Cast, release date and everything else we know