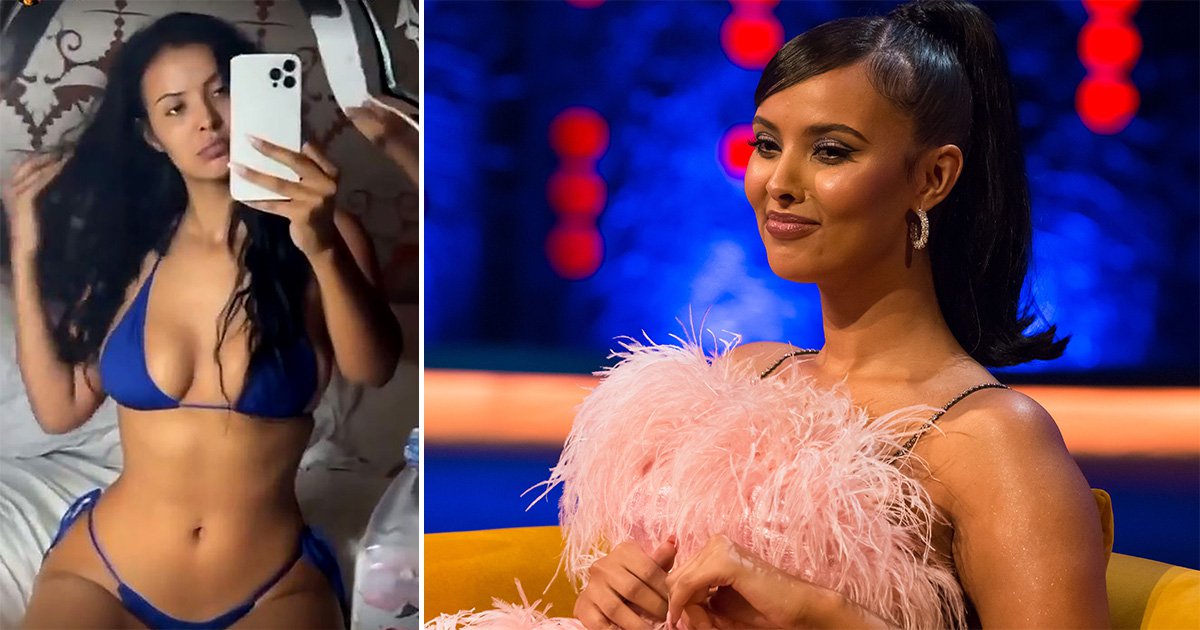 Maya Jama isn’t letting a bout of food poisoning ruin her hot girl summer and kicked off her week by stunning in a bikini.

The TV presenter had to pull out of hosting at the British Academy Television Awards on Sunday after falling ill, but she was feeling back to her best yesterday.

In her Instagram stories, Maya is seen sitting on the edge of her bed wearing a blue two-piece bikini and posing in front of the mirror. She later headed to her balcony to enjoy the sun but changed into a white top still keeping her bikini underneath.

Sharing an update on her health, Maya, 26, told her followers in a caption: ‘Feel much better today but still fragile lol. Vomiting is over now. It was hell but made me snatched,’ referring to her waist as she admired herself in the mirror.

Hours before, she detailed her food poisoning which meant she had to skip the awards and was gutted at not being able to showcase her outfit.

‘Soooo sad I won’t be at the Baftas today. I ate that posh raw tuna s**t and have been [sick emoji] all day,’ Maya wrote previously.

‘Was supposed to wear the dress of dreams, also I might have to wear it to the shop next week to feel better.’

However, fans might be seeing less of Maya in the coming months as she plans on taking some time off.

A fan complained about seeing the presenter on TV so often, tweeting: ‘Literally 3 adverts back to back on BBC One right now with @MayaJama on them, that woman is everywhere I feel like if I switch to another channel there’d no doubt be another advert with her I wonder when she’ll take a break for herself.’

Maya then replied: ‘Lool means I’m doing my job trying to take time off July & August though so you can miss me.’