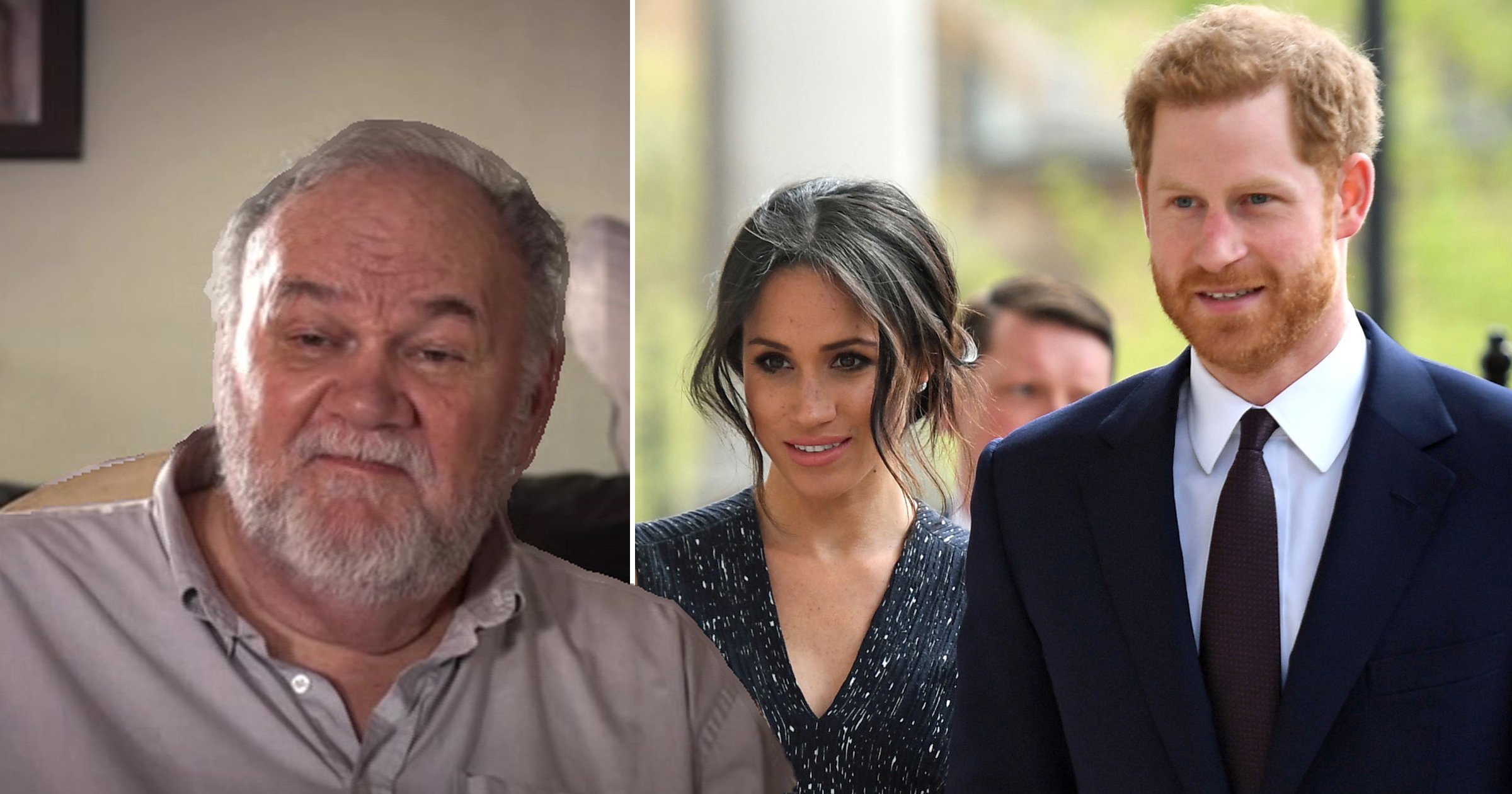 Meghan Markle’s estranged dad has sent his best wishes to the new parents of his grandchild – but may not meet her for some time.

The Duke and Duchess of Sussex announced the arrival of daughter Lilibet ‘Lili’ Diana Mountbatten-Windsor over the weekend.

Thomas Markle said: ‘I am very pleased with the announcement of the safe and healthy delivery of my new granddaughter, and I wish her and her mother all my love and best wishes.’

The 76-year-old retired Hollywood lighting engineer and his daughter have been estranged for three years over claims that he staged photos for money.

They reportedly haven’t spoken since her wedding to Prince Harry in 2018, after he pulled out from walking Meghan down the aisle due to needing heart surgery.

He has not yet met Harry nor two-year-old Archie, and royal biographer Robert Jobson thinks it is ‘unlikely’ he will meet his new granddaughter anytime soon.

‘As it stands it seems unlikely that either grandfather will meet their new granddaughter for some time,’ he told the Daily Mail.

Nigel Cawthorne, author of Call Me Diana: The Princess of Wales on Herself, also agrees Thomas will not get to meet Lilibet until the distant future.

‘In due course he very likely will, but at the moment he won’t be at the top of the couple’s list for obvious reasons,’ he said.

Their relationship soured after Thomas took part in paid interviews with the media on several occasions and admitted staging some paparazzi photos in return for cash.

Earlier this year he said he has apologised ‘100 times’ for his mistakes and urged the couple to see him with Archie now they only live ’70 miles away’ from him.

‘I’ve never stopped loving her. I don’t agree with all the things that my children they do. But I will always love them. And I certainly love Meghan.’

The comments came after Meghan’s explosive interview with Oprah Winfrey earlier this year, in which she said her dad had ‘betrayed’ her and she ‘found it hard to reconcile’ with him.

‘I look at Archie, I think about this child, and I genuinely can’t imagine doing anything to intentionally cause pain to my child,’ she added.

But Thomas was quick to deny her claims, before calling his son-in-law Harry ‘snotty’ and accusing him of failing to properly support Meghan when she was suicidal.

He also added: ‘We all make mistakes – but I’ve never played naked pool or dressed like Hitler like Harry did.’

The touching significance of Harry and Meghan naming their daughter Lilibet

In a recent interview with ITV he said: ‘The biggest problem here is she’s pretty much ghosted all of her family.’

Lilibet was born in a hospital in Santa Barbara, California, weighing 7lbs 11oz, and is the Queen’s 11th great-grandchild.

It has been suggested the choice of baby name – Queen Elizabeth II’s childhood nickname – could be a peace offering or ‘olive branch’ after recent family feuds.

Gamblers at the Ritz Club owed £780,000 after casino shut in lockdown