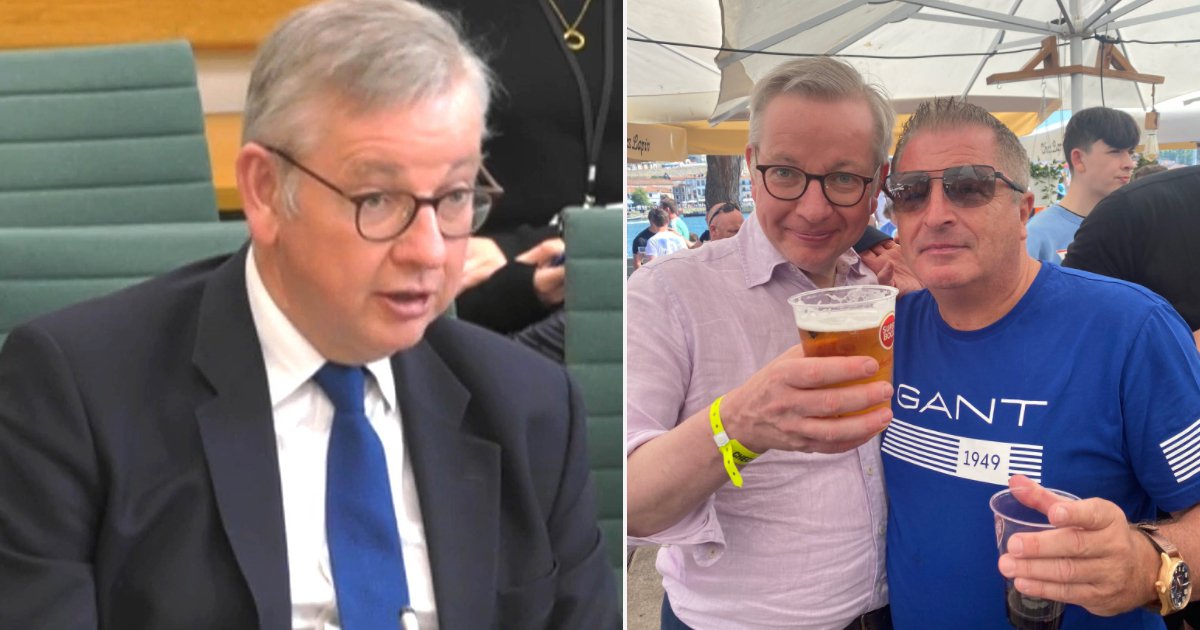 Michael Gove has been contacted by track and trace after a trip to Portugal for the Champions League final – but won’t have to self-isolate.

The senior cabinet minister got back from the country just days before it was removed from the green list over rising cases and fears over the new Nepal variant.

But thanks to a new government pilot scheme, the Duchy of Lancaster won’t have to self-isolate.

Gove will benefit from a new trial where people who come into contact with positive cases take a daily lateral flow test in return for keeping their freedom.

Downing Street is one of the employers taking part in the new scheme, which aims to reduce the need to quarantine for 10 days.

Chelsea fan Gove was spotted in Porto among 12,000 others who travelled abroad to watch the clash with Manchester City.

He attended the match with his son as part of a reduced group of fans permitted to attend.

Gove was in a meeting with Prime Minister Boris Johnson and Chancellor Rishi Sunak when he was got the NHS Test and Trace notification, according to the BBC.

He will now take a test every day to ensure the virus has not been incubating in his body since his contact.

A spokesman for Gove said: ‘He has followed Covid-19 regulations and guidance at all times and will continue to do so.’

Boy, 16, 'smiled as police arrested him for shooting teen on walk to school'

Small village fears being overrun by 'half-naked tourists' in summer

Under the pilot scheme, people notified are required to take lateral flow tests each morning for seven days.

As long as they test negative and don’t develop symptoms they will be able to leave their home ‘to carry out essential activity’.

Gove is one of around 40,000 people eligible for the scheme.