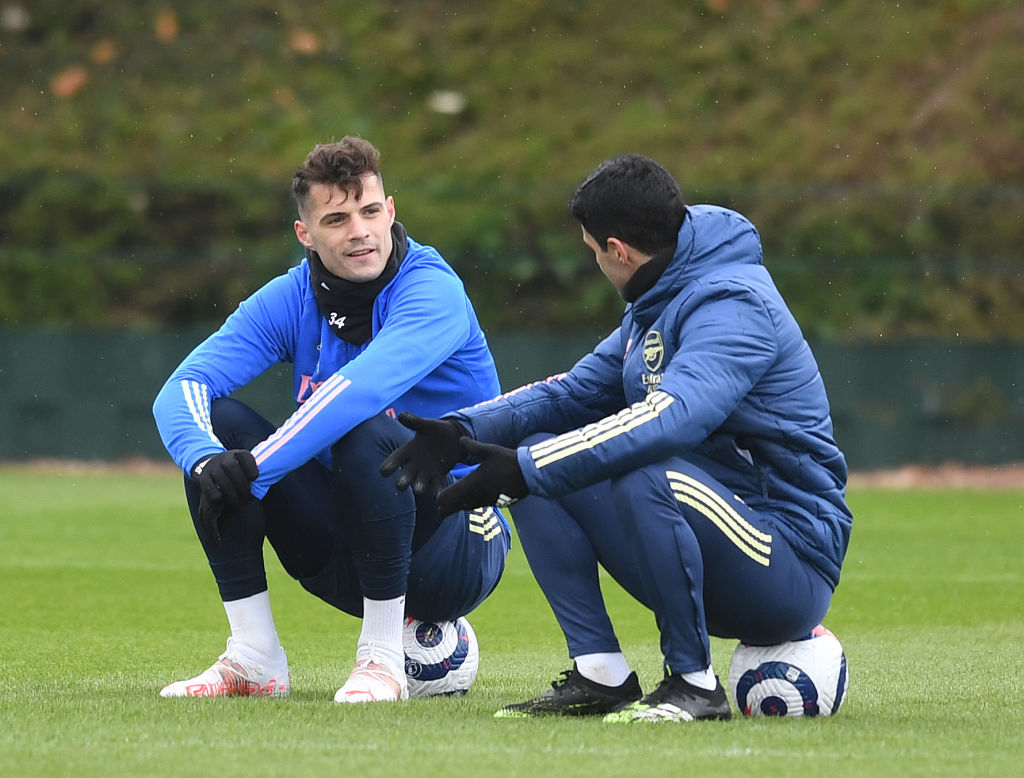 Mikel Arteta is planning to rejig Arsenal’s leadership group once Granit Xhaka has left the club with four players in contention to be handed more responsibility, according to reports.

Switzerland international Xhaka is on the verge of moving to Serie A club Roma despite being a key player under Arteta, with his looming departure removing a vocal and experienced presence from a largely young squad.

This summer represents something of a changing of the guard at Arsenal, with veteran centre-back David Luiz having also left at the end of his contract while Alexandre Lacazette could yet be offloaded.

All three players were part of Arsenal’s leadership group, a premise introduced by Unai Emery and which was retained by Arteta – but suddenly that core of players is in need of new members.

According to football.london, Arteta has already earmarked Kieran Tierney as his number one choice to assume more authority and responsibility in the squad and step up to fill the void left by Xhaka.

The Scottish left-back is a well-liked member of the squad and would support current captain Pierre-Emerick Aubameyang.

Arteta has spoken glowingly about Tierney’s leadership skills in the past, responding positively when asked if he could be a future Arsenal captain: ‘I think he can be. He has the respect and the admiration of every member of the staff and every player.

‘It’s just the way he is, he does it in a natural way. He’s a shy boy but I think he represents all of the values we want to install and that are in the DNA of this club.

‘He came here and it took him a while, he had a really bad injury… but he’s a natural leader. You see how he behaves on that pitch, and when he talks he says the right thing and it’s exactly what we’re looking for.’

There is more than one spot up for grabs in Arsenal’s new leadership group, though, and Tierney could be joined by a trio of slightly more surprising figures.

The first is Pablo Mari, who has been described as a ‘leader’ by his manager in the past, while Mohamed Elneny and Calum Chambers are both in contention for expanded roles due to their length of time at the club.

MORE : Granit Xhaka says ‘you’re only as good as your team’ as Arsenal ace closes in on Roma transfer

How many Cruel Summer episodes are there?