Meghan and Harry ‘request meeting with Queen’ to introduce baby…

Sarah Harding wanted ‘FFS’ on her gravestone as she planned… 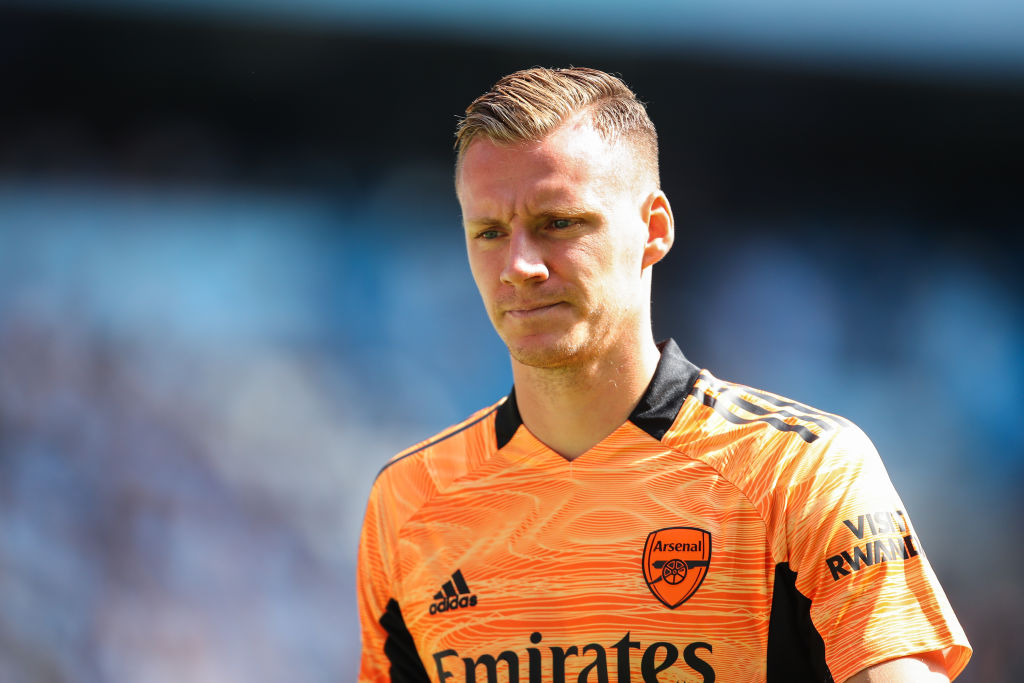 Bernd Leno was ‘promised’ he would only miss two games for Arsenal and would return to the starting XI for next week’s north London derby against Tottenham by Mikel Arteta, according to reports.

The Germany international was taken out of the firing line following Arsenal’s disastrous start to the new season which saw the Gunners lose their opening three games, conceding nine goals, including five during a calamitous defeat against champions Manchester City.

Summer signing Aaron Ramsdale, who joined Arsenal from Sheffield United for an initial £24million during the latter stages of the transfer window, was handed his Premier League debut on Saturday as Arteta’s side enjoyed a much needed 1-0 win against Norwich.

Arsenal travel to Burnley this weekend with Ramsdale expected to keep his place, but according to Bild reporter Christian Falk, Arteta is planning to reinstate Leno for the game against Spurs, regardless of how the England Under-21 international performs at Turf Moor.

Speaking after the win against the Canaries, Arteta was asked whether or not he planned to rotate his goalkeepers over the course of the coming months.

He said: ‘I want to see how they perform. Now we need performances and we need to win football matches, so whoever gives better performances and whoever transmits more confidence and is more reliable will play.’

On Ramsdale’s performance against Norwich, he added: ‘I think he was terrific. It is not only what he did on the technical side, it is what he transmits, his energy, his chemistry with the backline, how he reacts, his body language… I think it was top.

‘We have two fantastic goalkeepers and never forgot what Bernd has done for us and what a good goalkeeper he is.

‘I had to make decisions and I felt Aaron was the right one to do so and like in any other position, and that is what we decided today.’

How old is Anton Du Beke and what is his real name?

When is Paul O’Grady’s Saturday Night Line-Up on, what’s the show about and who is taking part?

Bill Maher questions Met Gala mask policy: ‘But if we’re all vaccinated, do the germs know who the good people...

Sarah Harding wanted ‘FFS’ on her gravestone as she planned her own...