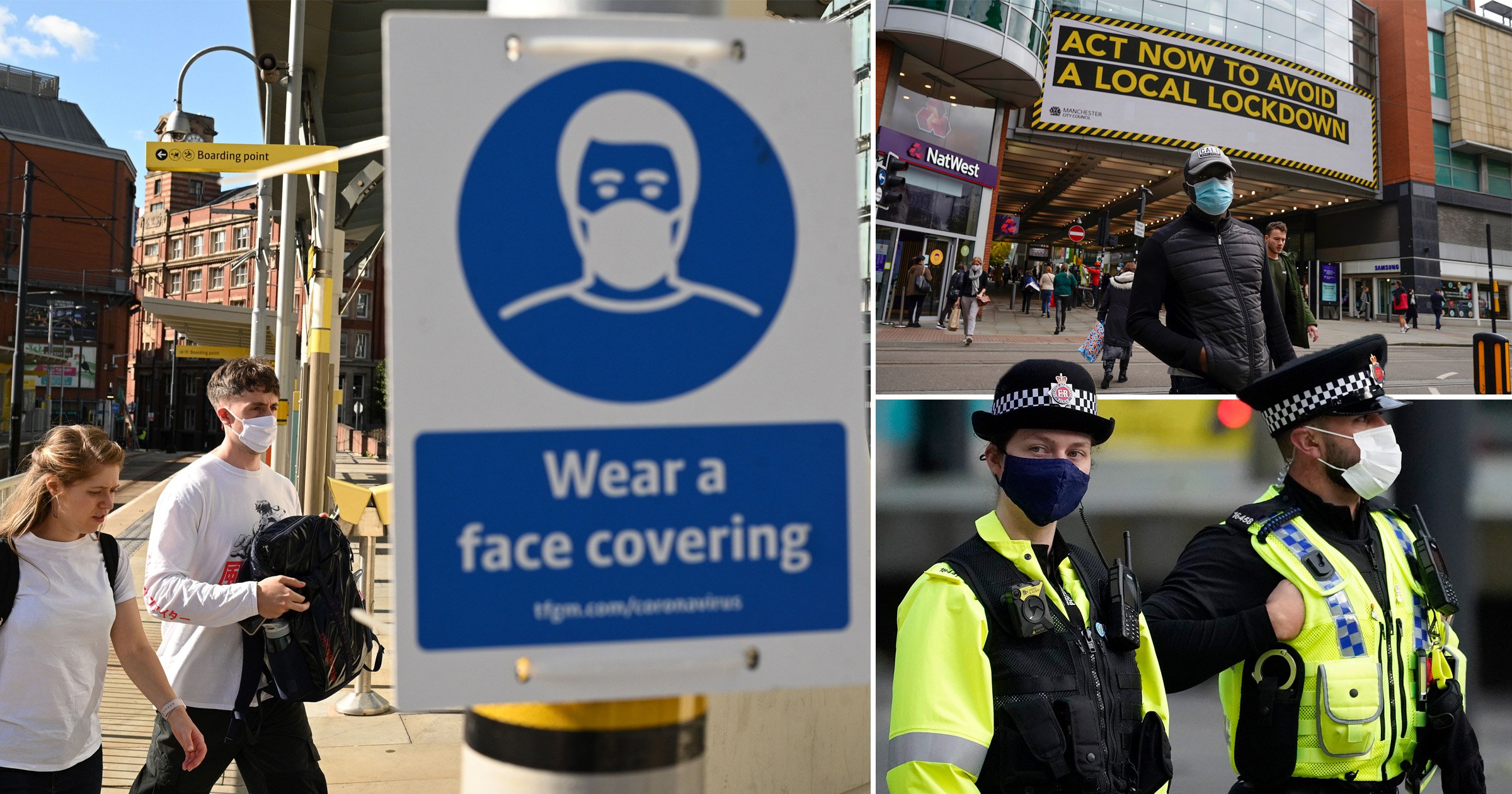 Millions of people across parts of northern England have been told to minimise their travel amid fears around the spread of the Indian variant.

Matt Hancock promised a ‘strengthened package of support’ for Greater Manchester and Lancashire to tackle a rise in cases of the more infectious coronavirus strain, previously known as the Indian variant.

The Health Secretary told the Commons the Government faces a ‘challenging decision’ over whether to lift remaining lockdown restrictions across England on June 21.

Greater Manchester Mayor Andy Burnham distanced himself from the idea that the move had echoes of last year’s ‘local lockdowns’, when parts of the country were put under harsh restrictions in an effort to stop flare ups of Covid-19. He also called for ‘surge vaccinations’ in the area to combat the variant.

Government advice has now been updated to include millions of people in a host of areas hit by the variant (listed below), with Blackburn, Leicester and Hounslow in London also on the list.

The advice says: ‘Wherever possible, you should try to… meet outside rather than inside… keep 2 metres apart from people that you don’t live with (unless you have formed a support bubble with them), this includes friends and family you don’t live with… minimise travel in and out of affected areas.’

Elsewhere, Mr Hancock told MPs: ‘I can tell the House that today, working with local authorities, we are providing a strengthened package of support based on what’s happening in Bolton to help Greater Manchester and Lancashire tackle the rise in the Delta variant that we are seeing there.

Areas where locals have been told to minimise travel

Encouraging ‘everyone’ in Manchester and Lancashire to take tests, he continued: ‘We know that this approach can work, we’ve seen it work in south London and in Bolton in stopping a rise in the number of cases.

‘This is the next stage of tackling the pandemic in Manchester and Lancashire and of course it’s vital that people in these areas, as everywhere else, come forward and get the jab as soon as they are eligible because that is our way out of this pandemic together.’

Greater Manchester Mayor Mr Burnham called for the Government to allow the ‘bringing forward’ of supplies of vaccines to the region to allow clinicians to accelerate the delivery of the jab.

Speaking at a press conference, he said he wanted to be ‘absolutely explicit’ about what he was asking for, adding: ‘We are not asking for any more vaccine here than our fair share, what we are asking for is the bringing forward of Greater Manchester’s supplies so that we can run a surge vaccination programme over the next three weeks.’

Mr Burnham continued: ‘This is guidance, it is advice to the public. It is not a lockdown. It is not a ban… this is not about telling people to cancel their plans, it is about asking them to be careful in setting any new ones, to minimise non-essential travel.’

He said it was a ‘sensible approach given the rise in cases that we’ve seen’ and that he was grateful to the Government and Mr Hancock for the ‘joint approach that has been taken to date’.

It comes amid fears that the Indian variant could derail the roadmap ahead of a decision next week about whether a full unlocking can go ahead on Monday, June 21.

The Government is said to be considering delaying the move in England by a fortnight.

Former health secretary Jeremy Hunt also said earlier that any hold up in easing restrictions would only be for a couple of weeks, due to the rapid rollout of the vaccination programme.