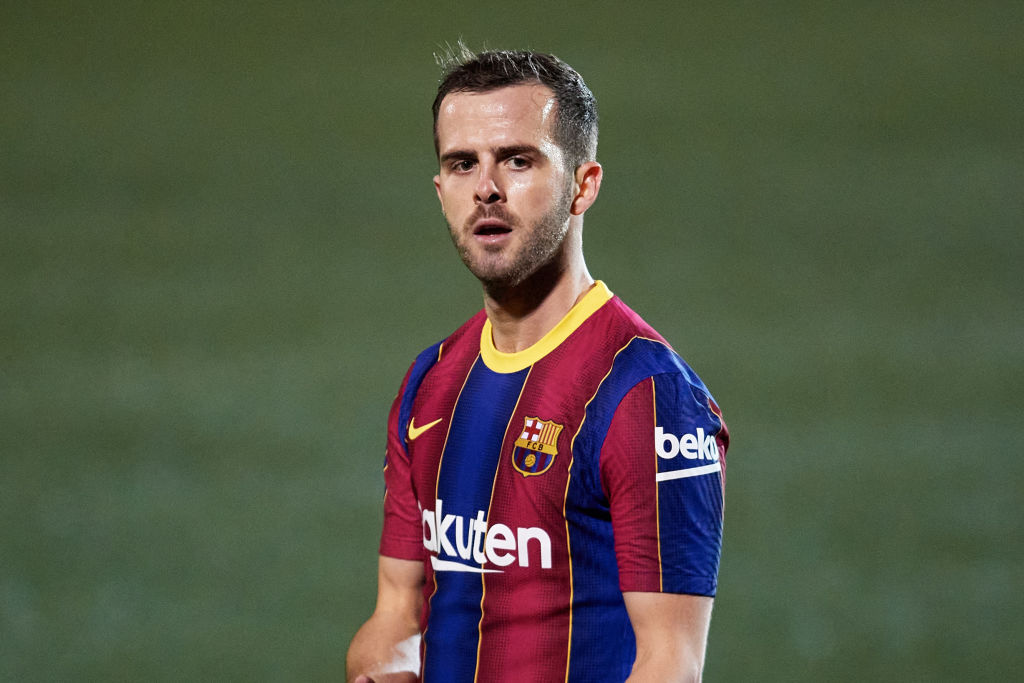 Miralem Pjanic is not interested in a move to Chelsea and is targeting a return to Juventus, according to reports in Spain.

The 31-year-old joined Barca in a €60 million (£54.8m) deal last summer which saw Brazilian midfielder Arthur move in the opposite direction.

But Pjanic has struggled to make an impact in his debut season at Camp Nou, starting just six games in La Liga and another six matches in the Champions League.

The midfielder is now understood to be keen on leaving Barca this summer and Sport report that Chelsea are among the clubs who have registered their interest.

Last month, it was claimed that Chelsea had made an approach to Barca to discuss a potential deal for Pjanic at the end of the season.

But Sport report that Pjanic’s preference would be to return to Serie A where he would link back up with Massimiliano Allegri at Juve.

Pjanic was a key figure in Allegri’s midfield at Juve and reports in Italy are now claiming that the new Juve boss is keen on bringing back the Bosnia-Herzegovina international before the start of next season.

Juve, however, are looking to re-sign the midfielder on a loan deal but Barca’s preference is for a permanent sale.

When asked about his future at Barca in March, Pjanic said: ‘I did not sign for Barca to leave the following year.

‘I signed to make history at a club that had been on my path for many years.’

Barca, meanwhile, are already looking to bring in Georginio Wijnaldum on a free transfer from Liverpool.

Among Us chicken nugget from McDonald’s sells for over £70,000

Gogglebox slammed by Maureen Lipman for cutting out her ‘witty’ moments