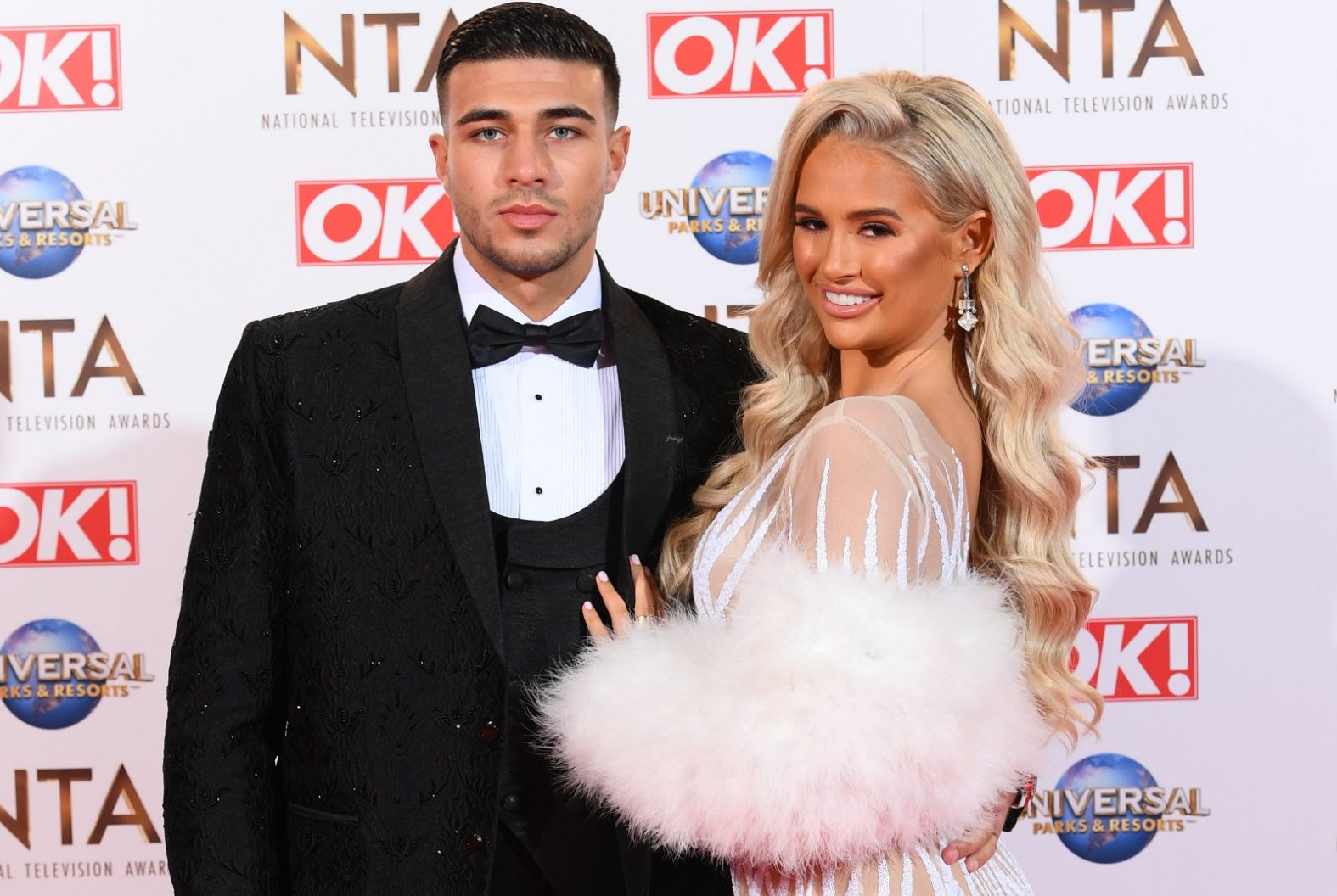 Molly-Mae Hague was targeted with vile abuse as she watched boyfriend Tommy Fury’s boxing match, it has been claimed.

The Love Island star, 22, was in the crowd as her beau went up against Jordan Grant at the Telford International Centre, on Saturday.

She was joined by best pal Maura Higgins as they cheered Tyson Fury’s brother to victory.

While it was a triumphant fight night for athlete, also 22, in the ring, the crowd allegedly turned on the reality star and his influencer girlfriend, singing crude songs about the pair.

Tommy managed to ignore the taunts, and ended up claiming a points win against his opponent.

However, his dad branded the chants ‘diabolical’, claiming that their words ‘half put him off the job’.

‘Tommy had him in a bit of trouble,’ he said after the fight. ‘I was happy with it but the first round was horrendous because the crowd were shouting obscenities as Tommy walked to the ring.

‘You heard it yourself. It is not nice. He is 22. And they never showed him any respect tonight.

‘It half put him off the job, it took him a round to settle into it.

‘Because when you hear stuff like that coming into the ring is diabolical.

‘He is trying to do a living, he is trying the best he can to entertain the people and they are coming out with rubbish like that.’

MORE : Believe Me: The Abduction of Lisa McVey – inside the harrowing real life story of hit Netflix drama