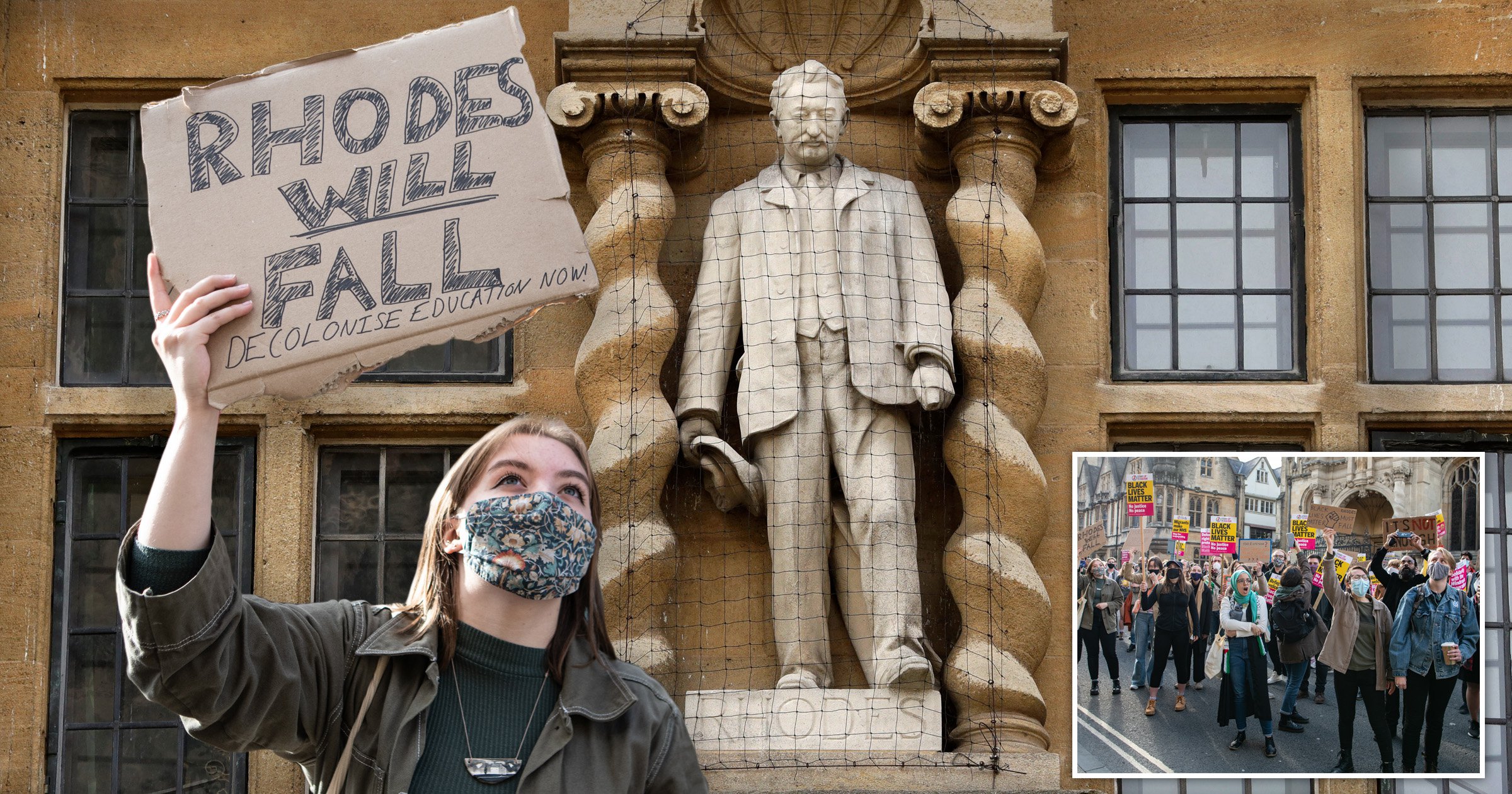 More than 150 lecturers are refusing to teach students at an Oxford University college over its decision to keep a statue of Cecil Rhodes, it has been reported.

Recommendations had been made for the statue of the 19th-century businessman and politician, who campaigners say was racist and represented colonialism, to be removed from Oriel College.

But last month its governing body was accused of ‘institutional racism’ after saying that it would not seek to move the statue from the building.

The Telegraph now reports more than 150 lecturers have refused to give tutorials to Oriel’s undergraduate students following the decision.

They also reportedly pledged to withdraw from all talks, seminars and conferences sponsored by Oriel and stop their involvement in interviewing students and recruiting fellows unless the British Imperialist statue is removed.

Students began campaigning for the Rhodes statue to be removed in 2015, but demonstrations reignited last year after the statue of Edward Colston was toppled during Black Lives Matter protests in Bristol.

The lecturers have been criticised by Lord Wharton, chairman of the Office for Students, who told the paper it would be ‘utterly unacceptable’ if students were left disadvantaged.

Tim Loughton, a former minister for children and families, added: ‘This is academic blackmail by a group of academics who think their own political views should trump everyone else’s, and if they don’t get their own way then any innocent students who happen to fall within their boycott will become the victims.’

An independent inquiry to examine Rhodes’ legacy was set up in June last year after the governing body of Oriel College ‘expressed their wish’ to remove the statue.

Announcing its decision three weeks ago, the college decided against removal, arguing the time frame and cost were ‘considerable obstacles’.

A statement from the Rhodes Must Fall campaign in response described the decision as ‘an act of institutional racism’.

It comes amid another dispute over a decision to remove the Queen’s portrait at Magdalen College due to concerns over its ‘colonial links’.

Members of the Magdalen College Middle Common Room (MCR), which is made up of graduate students, overwhelmingly voted to remove the picture from their common room.