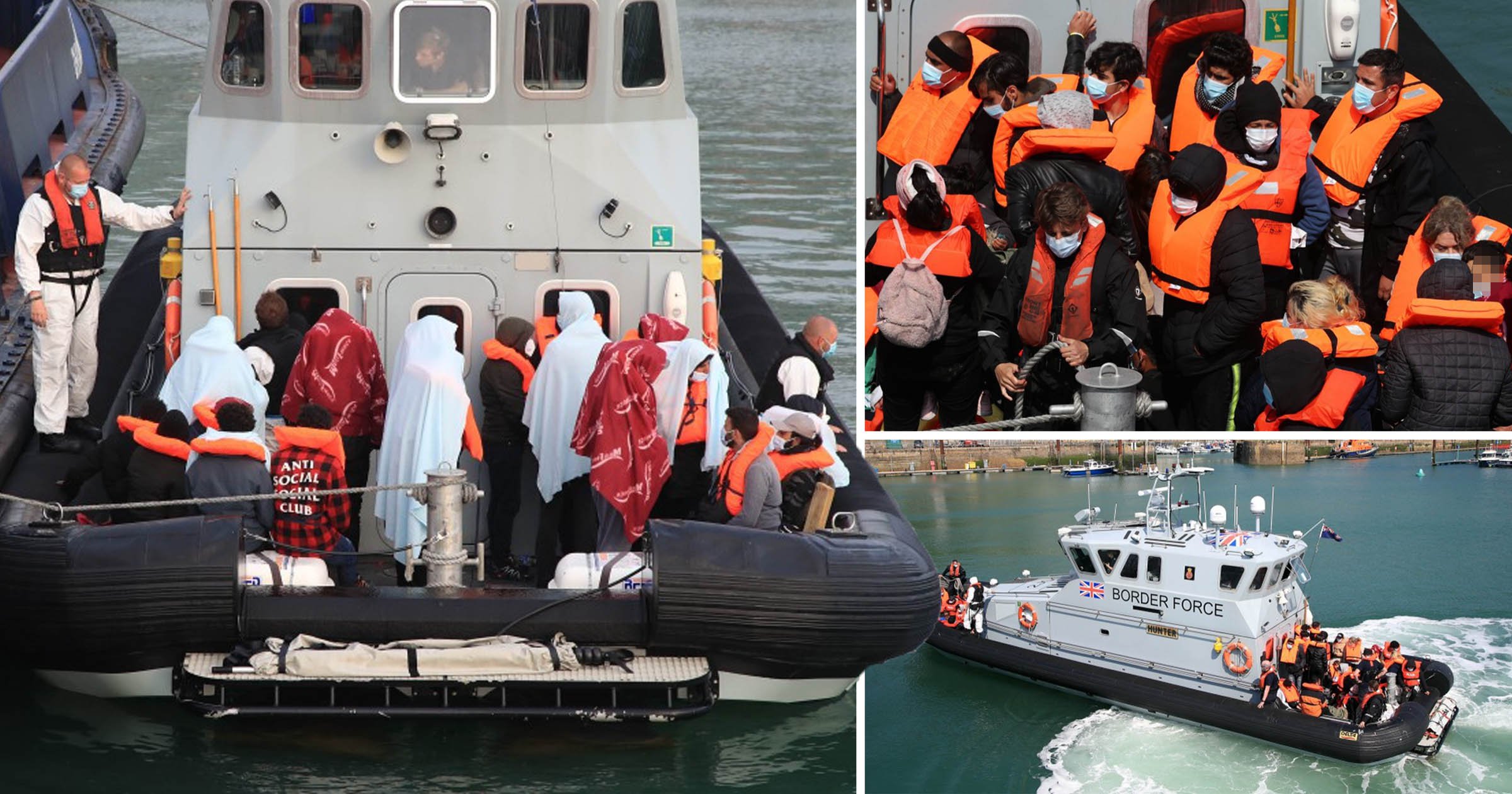 More than 4,000 people have made the perilous Channel crossing via a small boat already this year, double the figure from the same period in 2020.

Migrants have continued to risk their lives to make it to England, despite promises of a crackdown by the UK Government.

It’s estimated 157 people arrived in six boats on Wednesday, meaning at least 4,148 people have so far arrived, compared to 1,737 by June 2 last year.

A flurry of late crossings in the afternoon saw a lifeboat called out to help deal with at least two boats.

Families and many young children were rescued. Some were seen waving as they were brought into Dover Marina, Kent, for processing.

It came after around 50 migrants were rescued in three boats during the morning. French authorities also prevented three crossings involving 75 people.

And numbers are set to continue to rise with Border Force intercepting more migrants today.

The first two boats were brought into the harbour around 7.30am with an estimated 15 migrants on board.

They were wrapped in blankets, strapped in orange lifejackets and wore disposable face masks on the back of Border Force cutter Alert.

More migrants are set to come in throughout the day as people smugglers continue to take advantage of the warm, calm weather.

A total of 289 migrants made the perilous journey in 12 boats during the first two days of June.

It followed a record-breaking 1,619 arrivals in May in 80 boats – almost doubling the previous monthly record this year set in March when 831 people made the perilous trip in 42 boats.

And it comes after 2021’s daily record was also broken on Friday when 336 migrants were intercepted in 19 boats.

By the end of last year, about 635 boats had crossed the Channel, carrying 8,438 people.

Many of the arrivals are being forced to live in the Napier Barracks in Kent while their claims are looked at.

Today the High Court found the barracks was an ‘inappropriate’ site to house large numbers of people due to the risk of spreading Covid-19 and poor conditions.

A Home Office spokesman said: ‘Criminal gangs are putting profits before people’s lives through these dangerous and unnecessary crossings.

‘More than 3,500 people have been prevented from making the dangerous crossing so far this year and we are cracking down on the despicable criminal gangs behind people smuggling.

‘Inaction is not an option whilst people are dying. The Government is bringing legislation forward through our New Plan for Immigration which will break the business model of these heinous people smuggling networks and save lives.’