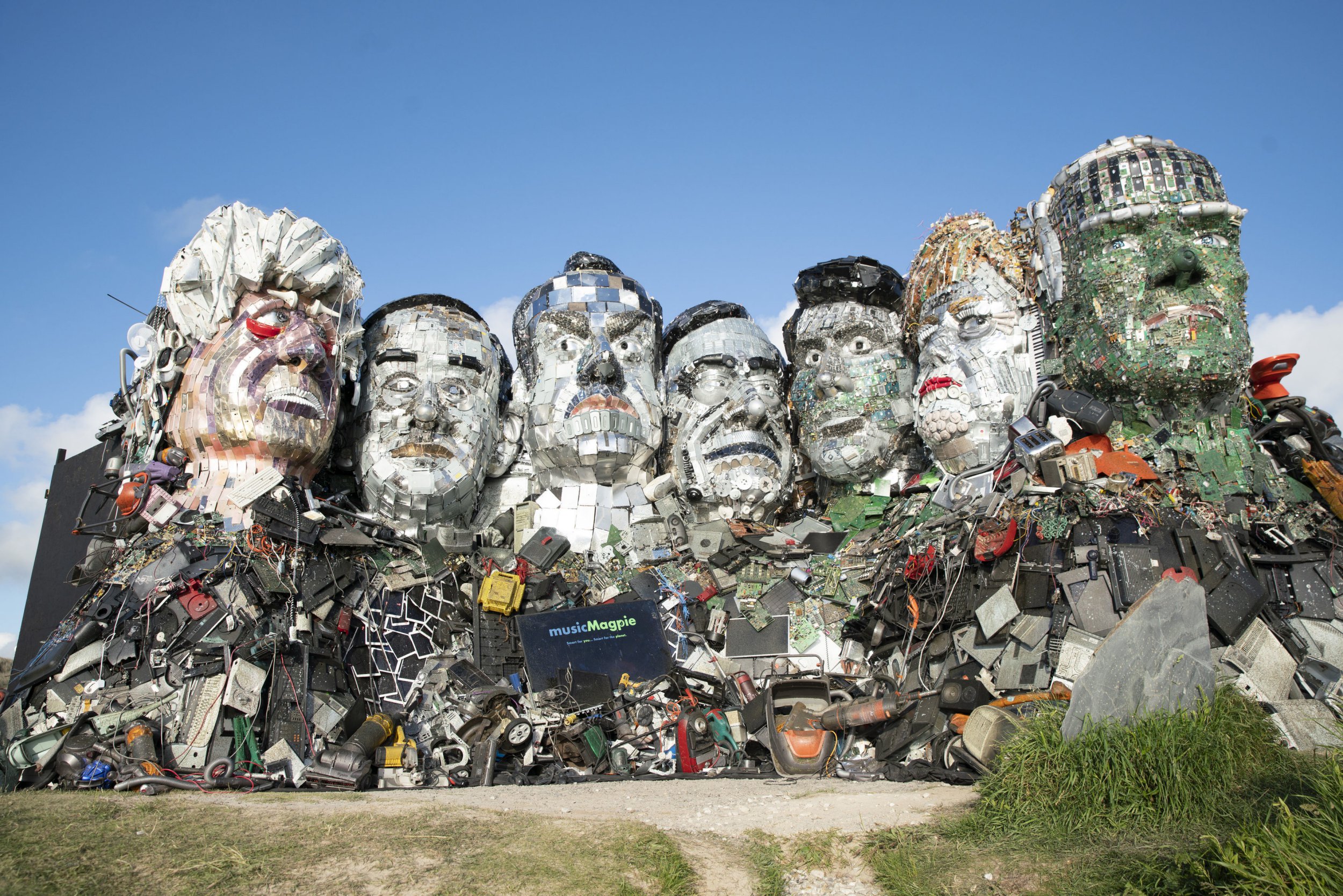 A sculpture of electronic waste has been made to imitate Mount Rushmore – but instead features the G7 leaders in Cornwall ahead of the Summit.

It has been named ‘Mount Recyclemore’ and seeks to highlight the damage caused by the disposal of electronic devices.

Artist Joe Rush said he hoped it would shine a light on the need for the reuse of such harmful waste.

‘It needs to be repairable or made to last longer because the stuff is going into landfill,’ he said.

The sculptor used old electrical items and scrap metal to craft the faces. He has been accumulating the e-waste for WasteAid’s programme, which helps to tackle the crisis by donating money for each piece of tech sold to the site throughout June.

Mount Rushmore is a famous sculpture of the faces of four presidents carved into granite in South Dakota, the US.

According to a United Nations report than 53 million tonnes of e-waste was generated worldwide in 2019 – a surge of 9 million tonnes from the five years before.

Research has revealed the G7 nations alone produce almost 16 million tonnes of e-waste a year, with the US (6.9 million), Japan (2.6 million), Germany (1.6 million) and UK (1.6 million) being the worst offenders.

According to the UN, the current 53 million tonnes of e-waste generated annually worldwide will more than double by 2050.

Joe explained the eye-catching location for his piece was chosen across the water from the Carbis Bay Hotel, where the summit is due to take place this weekend, to grab the attention of those featured ‘when they fly over’.

‘We have this looking at them and hopefully we’re going to prick their conscience and make them realise they’re all together in this waste business,’ he added.

‘The key message is ‘talk to each other’ and let’s sort this mess out.’