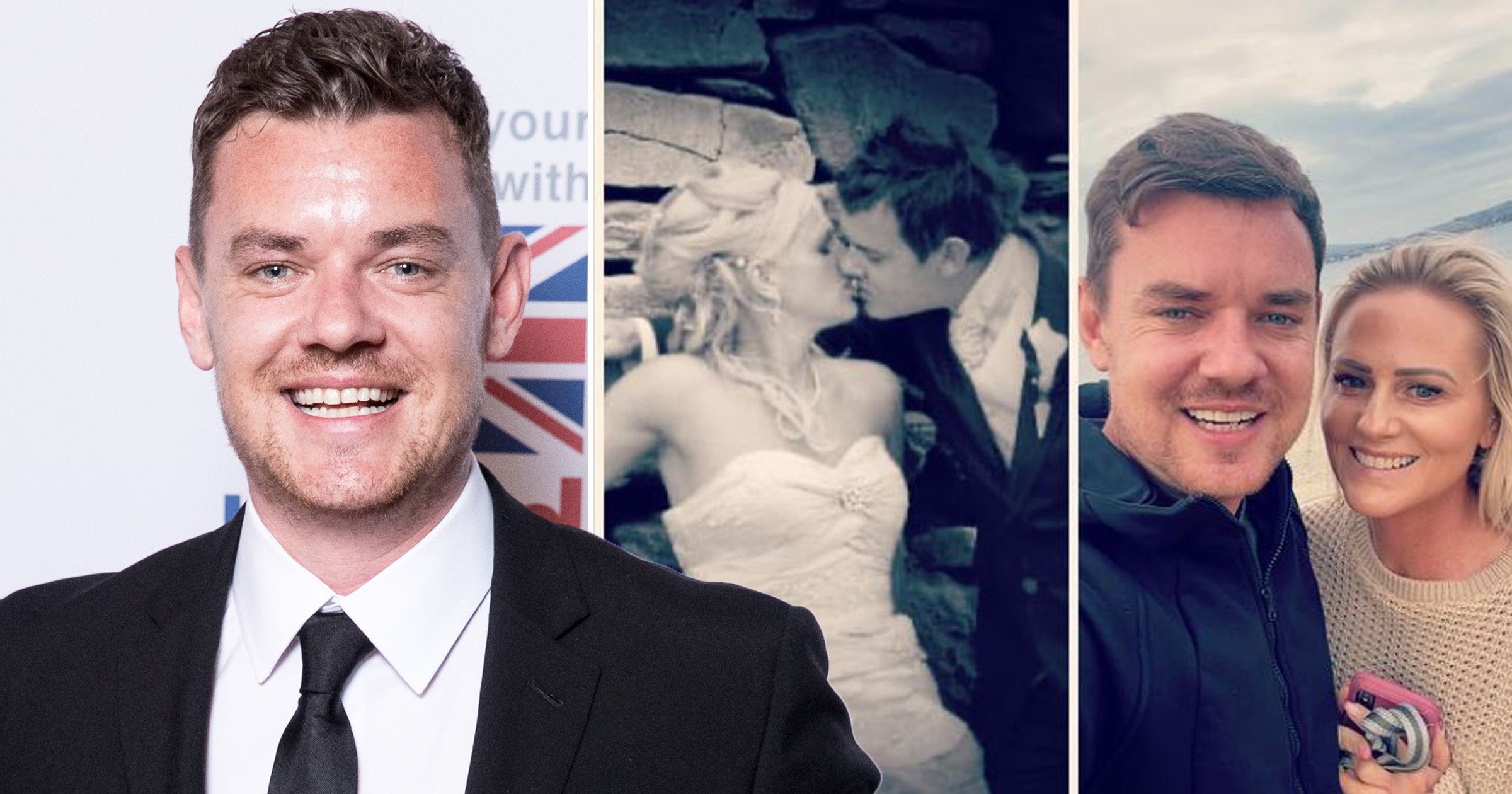 Danny O’Carroll has shared a heartfelt tribute to his wife Amanda on their anniversary, telling fans she still gives him ‘butterflies’ after 14 years of marriage.

The Mrs Brown’s Boys star, 37, who played Buster Brady in the series created and starred in by his dad Brendan O’Carroll, shared a sweet snap of him and Amanda on their wedding day as well as on their 14th anniversary.

He wrote alongside it: ‘14 years married today and I still get butterflies every time I see you @amandaocarroll.. Happy anniversary baby.’

Danny and Amanda had met in a bar in 2006 and the actor was so convinced it was love at first sight that he cancelled plans to move to America, instead moving in with Amanda and starting a family soon after.

He previously told RSVP Magazine: ‘We hit it off straight away. I was supposed to be moving to the States two weeks later and I cancelled it and ended up moving to Letterkenny.

‘I moved in with her after two weeks and we bought our first house together after six or seven months.

‘We were really young when we bought the house and then we had our first son Jamie when I was 22 and we got married at 23. If you met Amanda, you would understand! Honestly, I don’t know why it worked but it all seemed right for us.’

Danny also admitted that while it ended up being a fairytale romance for him and Amanda, he would be ‘raging’ if his sons also wanted to settle down so young.

His own father, Brendan, 65, was also shocked at the whirlwind romance but the family adore Danny’s wife.

‘I remember when I told him that I was after proposing to Amanda and he was a bit taken aback alright but they love her,’ Danny revealed.

‘Everybody loves Amanda and she is the best thing to ever happen to our family, Dad always says that.

‘There was never any doubt and he didn’t have to have any big conversation with me about it to say that I was doing anything wrong, he was very happy with everything I did. I was always quite mature as well and I knew what I was doing.’

MORE : Mrs Brown’s Boys spin-off series All Round To Mrs Brown’s axed for 2021 due to pandemic

‘He would be perfect’ – Danny Mills urges Liverpool to beat Man City, Chelsea and Man Utd to Harry Kane transfer