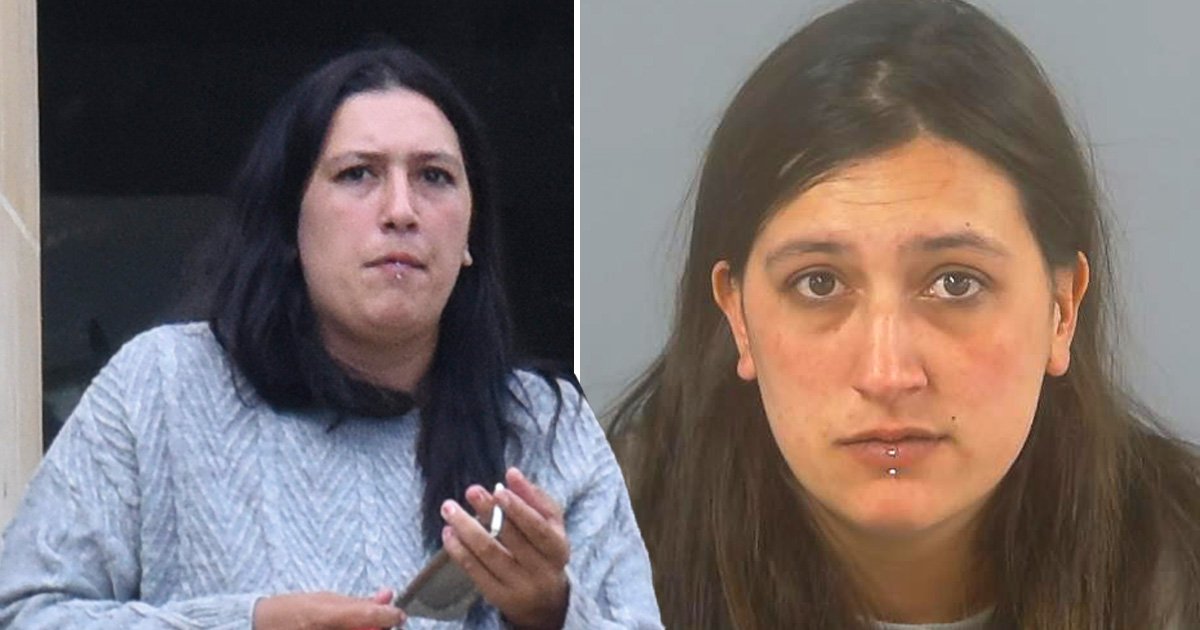 A mum has been jailed for nine years for the manslaughter of her baby son who she shook and squeezed with ‘severe force’ following a row with her partner.

Chelsea Cuthbertson took out her ‘anger and frustration’ out on ‘tiny’ Malakai Watts when he was just six weeks old, a court heard.

The baby, who was born on Christmas Day 2018, was rushed to Southampton General Hospital and put in a medically induced coma following the incident.

After four days on the intensive care unit, a decision was taken to turn off his life support and he died on February 6.

Cuthbertson, 28, was acquitted by the jury of his murder.

However, she was found guilty of manslaughter following a trial at Winchester Crown Court.

Sally Howes QC, prosecuting, told jurors that a post-mortem examination showed that Malakai died of a traumatic head injury likely to have been caused by shaking, possibly with an impact.

He also suffered eight rib fractures including one from an earlier occasion than the other seven, the court heard.

The trial heard that Cuthbertson had argued with her partner, Del Watts, the previous night.

She told the court that after he had left for his work as a car valet, she went outside to smoke a cannabis joint and returned to find Malakai seriously ill and blue in the face.

The judge, Mr Justice Spencer, told Cuthbertson: ‘Only you know what really happened.

‘It’s plain from all from the evidence that you habitually smoked cannabis to calm yourself down.

‘The uncomfortable truth is you were stressed by the row with your partner and took it out on Malakai.

‘When you shook him and inflicted those injuries, you were taking out on this tiny baby your anger and annoyance with Del Watts.’

Mr Watts, who was Malakai’s father, said: ‘This has changed my life. I have lost my home, family and job and nothing makes sense, why Chelsea did this to Malakai.

‘I find it extremely difficult that she has never given an explanation about what happened or why she has never shown any remorse and tried to blame me.

‘Malakai has had his whole life taken from him and I will never see him grow up, normal things like seeing him smile, going to school, kicking a football, riding a bike.

‘She has taken him from me in a terrible way which has left me devastated and I do not think I will ever recover from this loss.’

Rebecca Cox, of Crown Prosecution Service Wessex, said after the hearing: ‘After an incredibly sensitive and thorough investigation undertaken by the police, the CPS were able to use expert forensic evidence and mobile phone data to prove that Chelsea Cuthbertson was responsible for the devastating injuries sustained by Malakai Watts.

‘The death of a baby in any circumstances is an utter tragedy and our thoughts are firmly with Malakai’s family.’

Lucky lottery winner scores £10,000 every month for the next 30 YEARS after guessing six numbers correctly