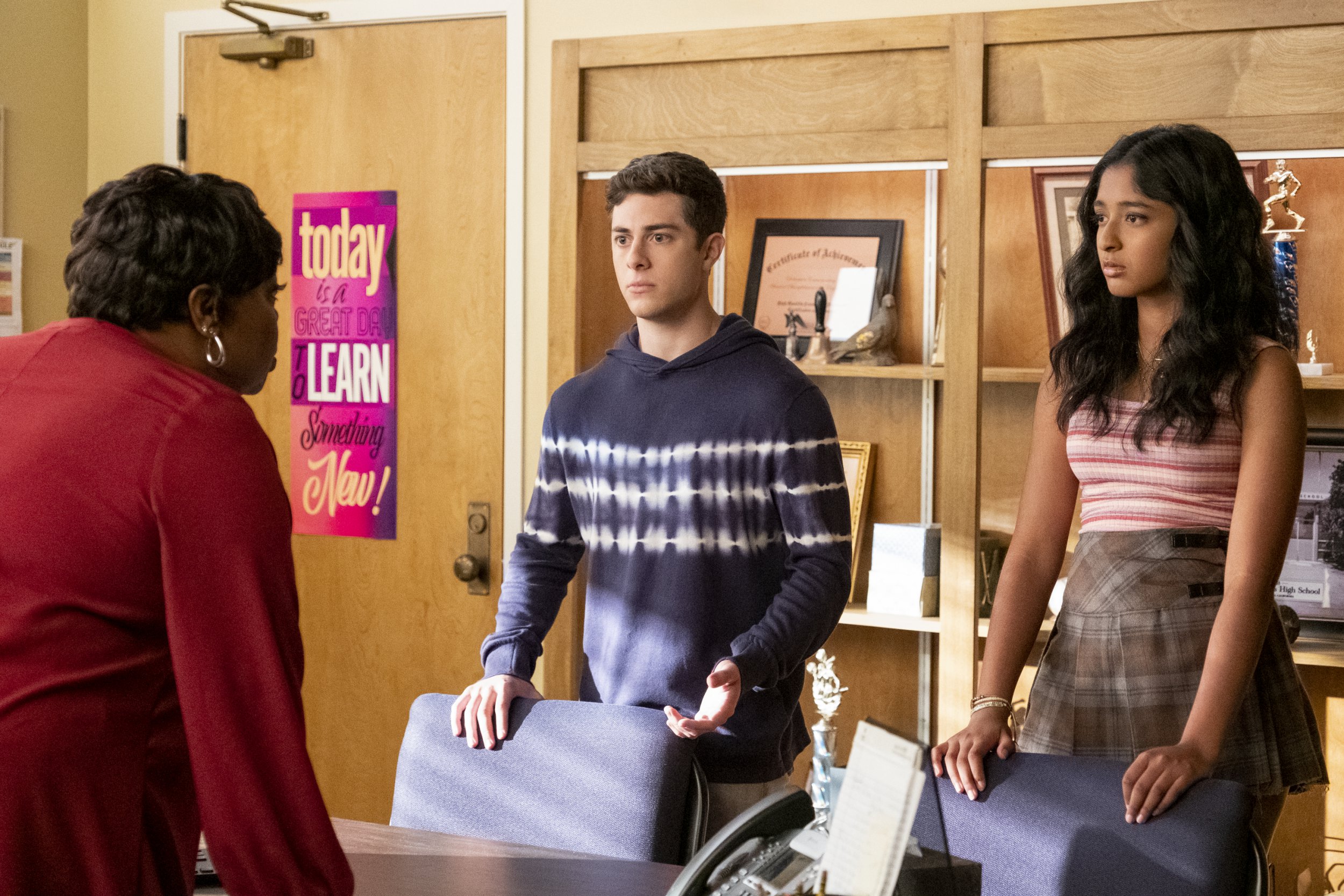 ***Warning: The article contains spoilers for season 2 of Never Have I Ever ***

Mindy Kaling’s comedy-drama Never Have I Ever left fans shook once again thanks to the dramatic season two finale.

After some sneaky dating, massive secret revelations, and a whole load of groveling, Devi ended up in Paxton’s arms in the final episode.

However, Ben’s reaction to the pair going public made it clear he still has feelings for Devi and might not be ready to let her go – even though he’s now in a relationship with new girl Aneesa Qureshi (Megan Suri).

Speaking to Metro.co.uk about the emotional twist, Jaren hinted that Team Ben fans shouldn’t feel the need to give up hope just yet.

‘I know #TeamBen has been heartbroken over the finale moment, however, I truly think it creates some incredible conflict,’ he explained. ‘Paxton will be a boyfriend for the first time, Devi will navigate a romantic relationship, and we have no idea what Ben will do. It’s juicy, interesting, complex, and messy, which I love.’

As for why he thinks fans have become so passionate about the modern love triangle, he added: ‘I think we provide a modern spin on the triangle. Our show is female-driven, and it is really exciting for viewers to see a south Asian woman be at the center of the triangle.

‘Additionally, it is jaw-dropping at times. It’s witty, fresh, and you’ll be screaming at the TV one way or another. That’s good TV!’

It should come as no surprise that the actor is Team Ben himself, however, he explained that the real joy comes from Devi’s personal development.

‘I think I have to say I am team Ben, but obviously, I think it is super important that Devi learns to love herself and continues to explore that,’ he added. ‘She needs to grow and mature to find out which boy is best for her when she is ready for an adult relationship!’

Jaren also praised the series for its continued focus on diversity as he stated: ‘As an actor, the dream is to be a part of something that means more to people than a typical show.

‘Interacting with fans who explain how important certain representation was for them, and how incredible it felt for them to see themselves or their communities represented on screen is amazing. I am so proud to be a part of this groundbreaking story.’

He praised the show’s co-creator Mindy Kalin for making the set such a fun place to work as he added: ‘Mindy is one of the most inspirational people I know. She is genuinely so supportive, kind, creative, and hilarious.

‘She creates such a collaborative workplace and a positive moral on set. She also knows exactly how to give notes so we can seamlessly integrate them at a high level.’

Indeed, he couldn’t wait to get back on set after he read the script for season two.

He recalled: ‘ My first initial thought was “My god, they did it AGAIN!” I was so pleased with the writing, character development, and world-building. Mindy and Lang Fisher and the entire writing team are a bunch of geniuses.’

I'm pushing 40, but this show about a South Asian teenage girl is what I've always craved

As for his favorite moment in season two, he stated: ‘It has to be the finale. My heart pounds every time “Love goes” plays. I think visually it is stunning.

‘The character development is so rich, and it is almost guaranteed to make audiences scream.’

Never Have I Ever is available to watch on Netflix.

MORE : Never Have I Ever star Ramona Young teases unexpected relationships in season 2

MORE : Never Have I Ever season 2: Lee Rodriguez opens up about how series ‘sheds light on toxic relationships’

When is Michael Douglas’ The Kominsky Method season 3 out on Netflix?