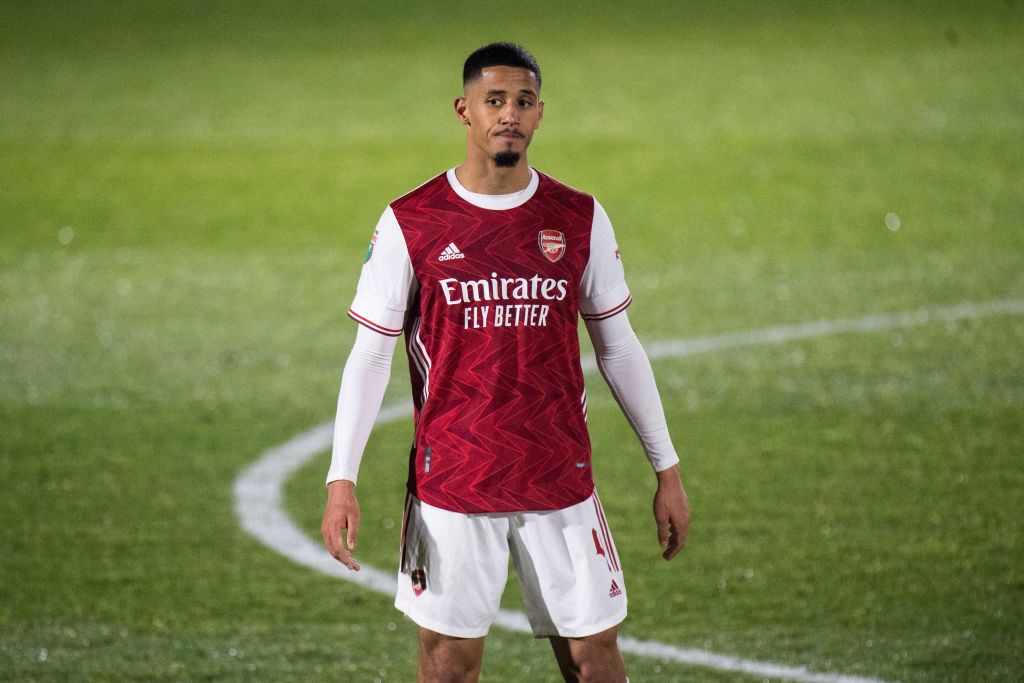 Newcastle are interested in signing Arsenal centre-back William Saliba on loan this summer, according to reports.

The 20-year-old, who was signed from Saint-Etienne in 2019 for £27million, is yet to make a single senior appearence for the Gunners.

As part of the deal, Saliba stayed at Saint-Etienne on loan for the 2019/20 campaign, but was deemed not to be up to scratch by Mikel Arteta upon his arrival at the Emirates the following season.

After failing to make Arteta’s Premier League or Europa League squad, the France Under-20 international was sent back out on loan in January.

Saliba has impressed on his spell at Nice in Ligue 1, winning the club’s Player of the Month award in his first month there.

Now, according to MailOnline, the defender is waiting to hear from Arteta over plans for his involvement in Arsenal’s first team next term.

In the meantime, interest is ramping up in Saliba’s services, with the report stating that Newcastle are keen on taking him on loan for the 2021/22 campaign.

The Magpies have already had success with taking Arsenal’s young stars on loan, with Joe Willock thriving at St James’ Park.

Willock, 21, moved to the club on loan in January and went on to match a record set by Newcastle legend Alan Shearer by scoring in seven consecutive matches at the end of the campaign.

Steve Bruce wants the midfielder to stick around, but Arsenal have set a price of £20million to sign him on a permanent deal.

The best holiday parks in Norfolk from £12.50 per person a night