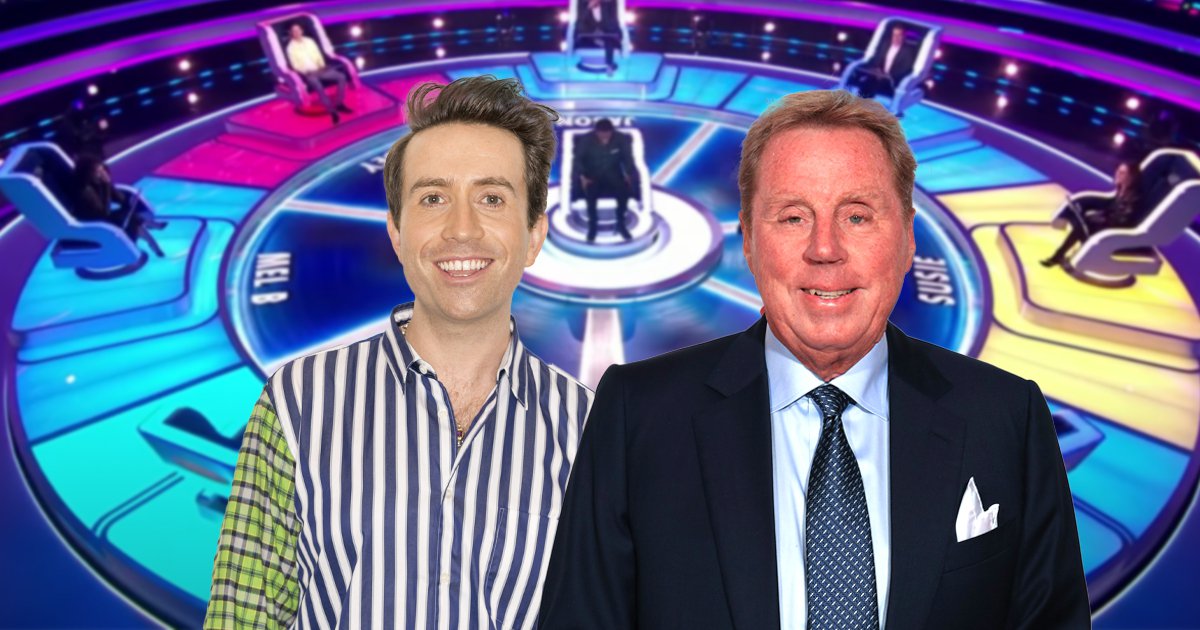 Nick Grimshaw and Harry Redknapp have been forced to isolate at home for 10 days after a crew member on Michael McIntyre’s show, The Wheel, tested positive for coronavirus.

The quiz show sees contestants answering questions on various topics as they’re surrounded by a spinning wheel of celebrity experts.

Grimshaw and Redknapp came into contact with a member of production backstage during filming last Friday evening and, so far, are the only two celebrities revealed to have been in contact.

They are now both taking the necessary precautions and have been isolating since they were informed of the test result over the weekend.

This means that Grimshaw will be recording his daily Radio 1 show from his home for the entirety of this week.

Even though he tested negative for Covid, he will be working from home as a precaution.

Redknapp is also said to have cancelled all of his scheduled appearances this week and is self-isolating.

The other stars thought to be on the episode included TV presenters Carol Vorderman, Angela Scanlon and Andi Oliver.

Scanlon, 37, had no contact with the crew member but followed the proper procedures before she returned to hosting The One Show. Vorderman hasn’t stated whether she needs to isolate.

It is believed that the person who tested positive for Covid worked backstage, meaning only a small number of people were in contact with them.

A spokesman for The Wheel told Metro.co.uk: ‘We can confirm an individual has tested positive for covid. The production has and will continue to follow strict government guidelines to ensure the safety of all on the show.’

Host McIntyre, 45, is claimed to have been given the go-ahead to film additional episodes with another group of celebs next week after not coming into touch with the employee in question.