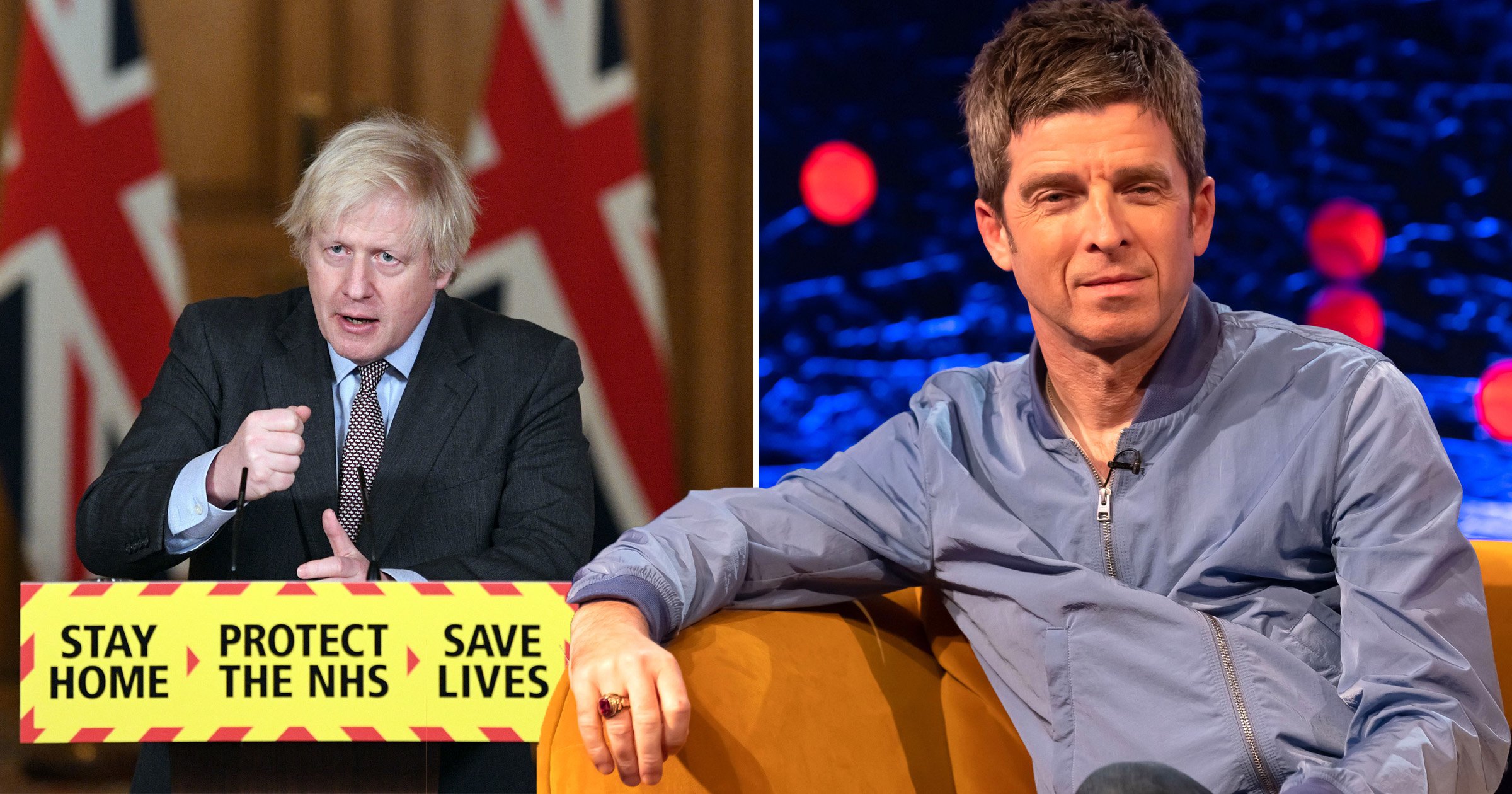 Noel Gallagher has branded Boris Johnson a ‘fat c**t’ over his handling of the coronavirus pandemic.

The musician, 54, made the statement as he feels the Prime Minister has managed the ongoing situation poorly.

More than 128,000 people have died from the virus in the UK so far and there have been 4.5million cases, with Boris himself staying in intensive care in April after suffering persistent Covid symptoms.

And Oasis star Noel is less than impressed with the politician’s management of the pandemic in Britain, telling The New Cue: ‘Boris Johnson has proved himself not to be the f**king man in the crisis. Number one, getting it for a start – you f**king idiot.

‘Right at the start of it he’s out of the game for three months. Hang on a minute, where is the f**king idiot who’s paid to make the rules? Oh he’s in bed because he’s ill. Fat c**t.’

Musician Noel recently had his first vaccine against the virus after his doctor told him he would be ‘a fool’ not to be jabbed, despite the rocker insisting it is a ‘human right to decline it’.

He also took offence to celebrities appearing in campaigns encouraging people to have the injection.

Noel told the Radio Times: ‘I will say: it’s a human right to decline it. And the people who are virtue signaling, [with] their lofty wagging their finger at people who are declining it, can eff off. That’s how fascism starts.

‘When I sit at home and in between the football there’s [public information films with] Lenny Henry [saying] “take the jab”, looking like an abandoned dog, I’m like: “Mate, you take the jab, it’s up to you.”’

It comes as the UK hit the milestone of 60 million vaccines administered with people aged 32 and 33 now able to book in for an appointment for the first jab.