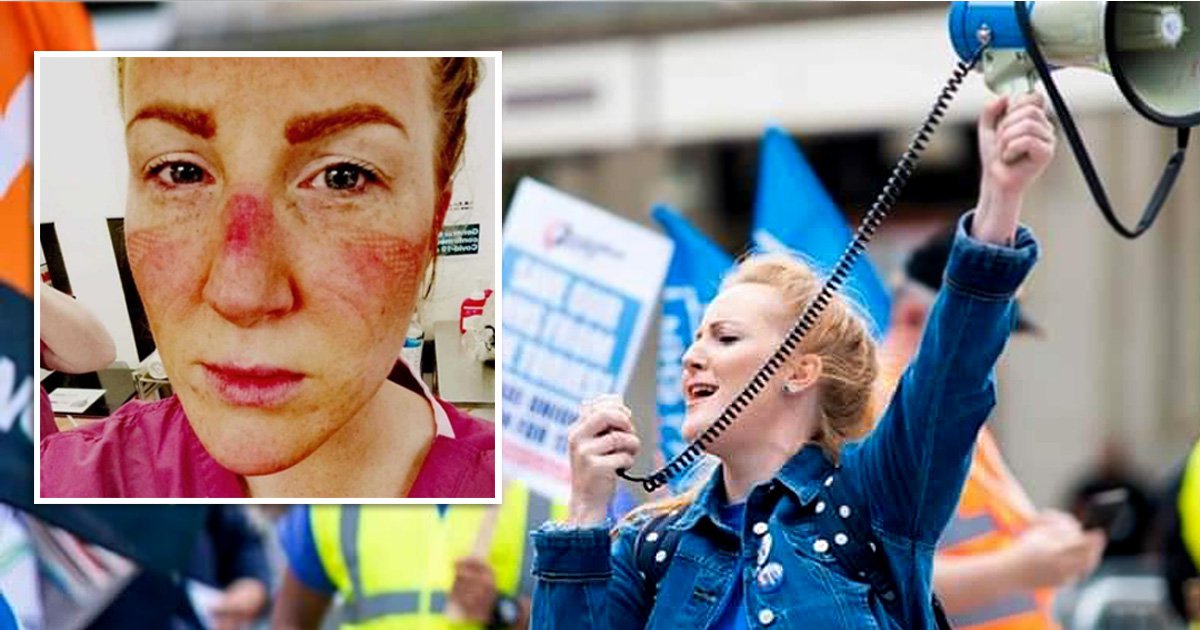 A critical care nurse who used foodbanks over Christmas after catching Covid and struggling to make ends meet has blasted the 3% pay deal.

Niaomi Gordon, 34, is one of hundreds of thousands of NHS staff up in arms over the government’s ‘pathetic, pitiful and paltry offer’ announced yesterday evening.

The single mum caught Covid-19 during the second wave of the pandemic and had to take a significant amount of time off work due to chest complications and PTSD.

As she could not live off her sick pay, she took out credit cards and used foodbanks to get by.

Niaomi, who takes home around £26,000 a year, is now working overtime just to pay off the debt. But she says every day is a struggle as the work is ‘absolutely exhausting’.

Last night, hopes of a morale boost were crushed when Health Secretary Sajid Javid said NHS staff in England would get a 3% pay rise.

Although this is triple what was initially proposed, the offer has been blasted by unions who said that it is actually a pay cut given the Treasury expects inflation to be 3.7%. 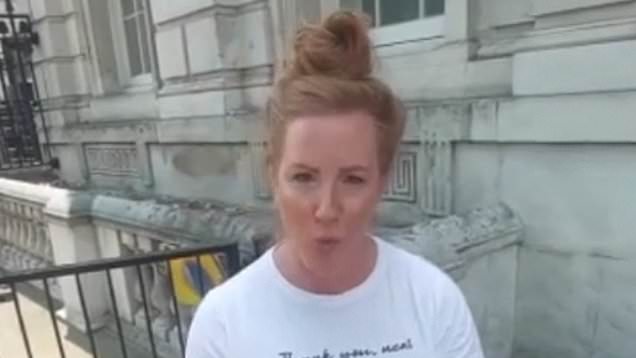 Niaomi, from south Wales, told Metro.co.uk: ‘3% In my opinion, is just a glorified gloaty way of glossing up 1% because it’s 2% higher but in real terms, it’s still another pay restraint.  It is not going to affect us with inflation.

‘We are still going to be doing overtime and doing the job of three or four nurses at once because actually we do more than what we’re supposed to be doing.

‘We have more patients than what we’re supposed to have, and ultimately, our pay doesn’t reflect the skill. It just puts patients at risk, it is dangerous.

‘If we were paid fairly, we would have more staff and so we would not be exhausted and we could provide the best care.

‘At the moment that is virtually impossible. Morale is so low, we have no energy, we’re just trying to get through each day.’

Niaomi is part of a grassroots organisation, NHS workers Say NO!, calling for a 15% pay rise.

She said this would be restorative after a decade of real-term pay cuts that mean band 5 nurses like herself are around £6,000 per year worse off now compared to 10 years ago.

The mum-of-one, from South Wales, qualified 5 years ago following four years of hard work at university, and gained special skills to work in critical care which have been vital during the pandemic.

Like many of her colleagues, Niaomi said she is working to live with financial pressures adding to the stress of the job amid a rise in Covid cases and a record backlog of cases.

She said: ‘When you’re off for a six month period your payments get cut down by half. Unfortunately that’s what happened to me, so whilst I was off with chest complications and some PTSD, my pay went down.

‘Then what happened was my sick pay wasn’t meeting my outgoings. I was using the foodbanks and I took out some credit cards because Christmas was coming and I couldn’t afford to buy anything for my son, I also borrowed money off family.

‘Usually when I’m healthy I normally work overtime shifts to make ends meet and just so that as a single mother I can pay my bills and provide for my son.

‘Now I am back in work after that time off sick and it’s so busy as we are picking up the backlog of the damage that was caused by Covid.

‘It’s hard to find the mental energy to do overtime, but I’ve got to do that now because I’ve got to pay off the debt from being sick and unfortunately it’s a vicious circle that I find myself in at the moment.

‘That’s my personal story, but a lot of people are feeling that way, especially now as a third wave is coming and cases are rising, staff are worried.

‘We have already suffered for over a year, and people are thinking we can’t face this again.’

The government said it trebled its initial offer on the recommendation of an independent pay review body. Ministers stressed that they had accepted in full the recommendations and were making an ‘exception’ for NHS staff, with the public finances in tatters.

The rise is likely to be funded from an increase in national insurance that was intended to pay for overhauling social care, it is understood.

However, unions are likely to reject the award as too low and may take industrial action in protest.

The Royal College of Nursing (RCN), who were calling for a 12.5% rise, has set aside £35m to cover the costs of a potential strike while the British Medical Association (BMA), which was calling for a 5% rise, warned consultants may refuse to do overtime.

There are fears of a ‘mass exodus’ if pay is not significantly improved, particularly among nursing which is already facing a recruitment crisis.

On Tuesday, NHS workers marched on Downing Street to hand Boris Johnson a petition, signed by 800,000 people, calling for a 15% rise rather than 1%.

In a video outside No10 after this was refused, Niaomi urged frontline workers to mobilse and reject the 3% offer, branded by friend and colleague Matthew Tovey as ‘pitiful, poor and paltry’.

The pair said they ‘100%’ support striking, warning that without a rise closer to 15%, exhausted nurses would ‘quit in droves’.

Matthew, 30, added: ‘NHS staff like myself are absolutely outraged and a 3% pay offer, its pathetic, pitiful and poor.

‘3% is still a pay restraint we have lost 20% of our wages since 2010. 3% will ultimately put patients at risk and impact on quality of care.

‘Experienced staff are leaving the profession. There will be a mass exodus of staff, leaving the staff remaining exhausted and demoralised.

‘Staff burn out is already at a all time high. Staff are ready working the job 2/3 people.

‘We are not greedy, it’s about patient safety. The NHS is central to society and we all need experienced staff. Without fair pay the whole NHS will suffer.’

Cannibal killer lured boy, 13, off street and ate him days after being freed from psychiatric ward for feasting on dogs