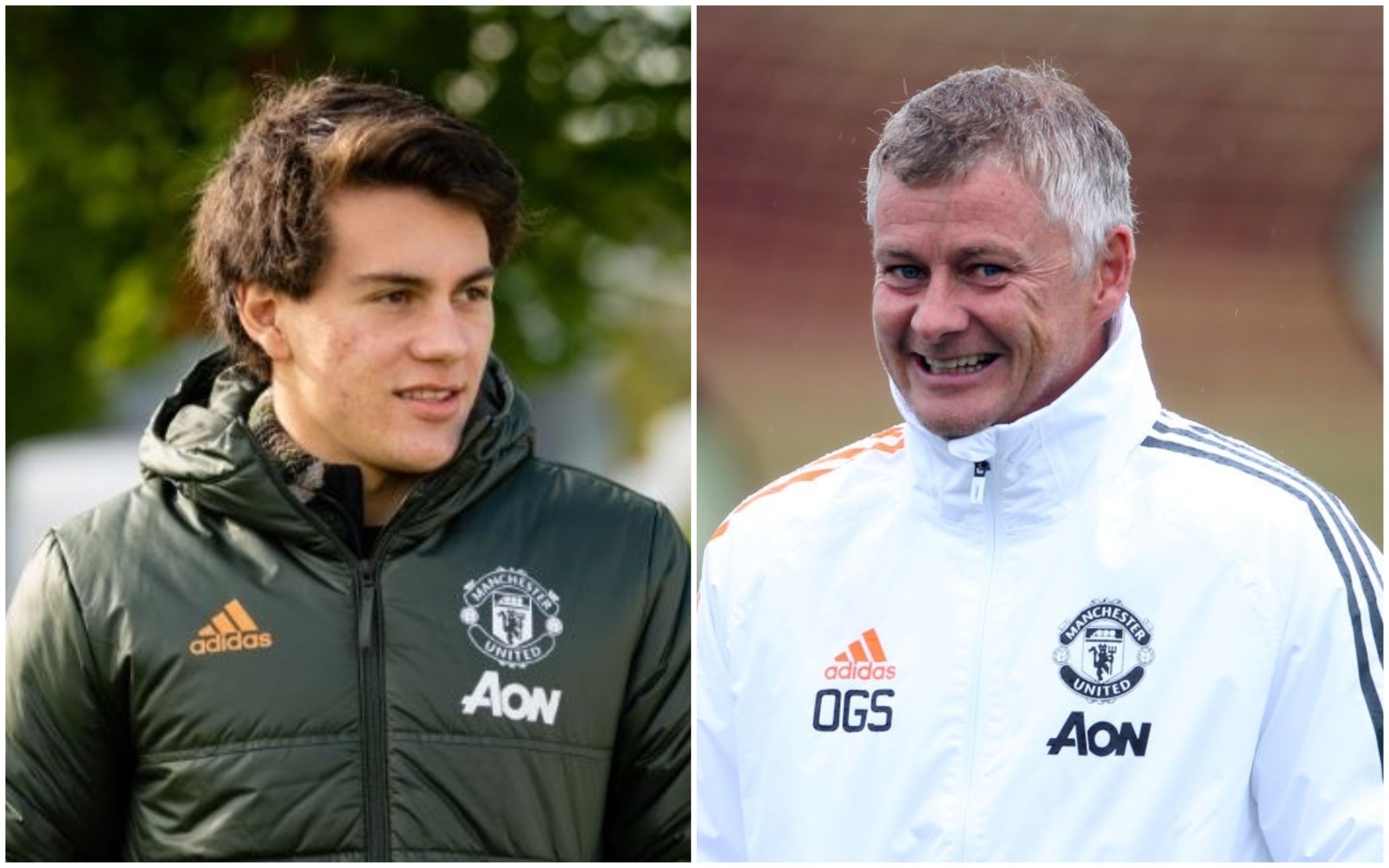 The 18-year-old joined United in a £9 million deal from Uruguayan side Penarol on deadline day.

The winger travelled from Uruguay to Manchester last Friday and has trained with his new teammates at Carrington this week ahead of their match against Newcastle United on Saturday.

Pellistri has also been included in United’s Champions League squad and while Solskjaer has praised the Uruguayan’s initial performances in training, the United manager has suggested that the player will not immediately be given a regular role.

‘We’re looking forward to integrating them into the group, of course,’ Solskjaer said on Friday.

‘Facundo he’s been in training with us for two days. Very exciting, young, enthusiastic player with some attributes that we don’t have.

‘Of course, he’s one maybe more for the future, maybe not for just now because he’s still 18.

‘Alex [Telles] came in yesterday and did his recovery after a long, long flight from Sao Paulo having come on twice for Brazil. So we’re looking forward to integrating him.

‘Edinson [Cavani] is still not been with the group because of his quarantine.

‘All three of them have got something different to what we have. And they’ll definitely come in and help us.

‘I think the group as well are looking forward to having them join in.’