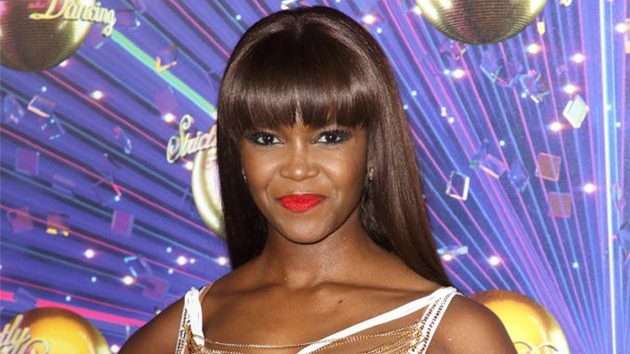 Oti Mabuse appears to have committed her future to Strictly Come Dancing after saying the next series ‘won’t be her last’.

Oti previously sparked speculation that she was quitting the ballroom dancing series after six years when she stated in a recent interview that 2021 would likely be her last year. However, she has since clarified that she will be back to compete for the glitterball trophy once again.

The professional dancer has become a key part of the show having won the competition twice. She was crowned champion with Emmerdale actor Kelvin Fletcher in 2019 and again with comedian Bill Bailey in December 2020.

When asked by comedian Tom Allen at the British Academy Television Awards on Sunday evening if the next series would be her last, Oti said: ‘It’s going to be my next one [series], not my last.’

She was however cryptic in her answer when asked if she would stay with Strictly for a ‘bit longer’, saying: ‘We’ll see.’

Oti was attending the red carpet of the Baftas, with her dancing partner Bill Bailey also among the attendees.

It comes after Oti recently admitted she’d find it difficult to leave the family and ‘best friends’ she’s made on the series.

The dancer continued: ‘I’ll see how I feel to be honest.

‘The first thing that I have to say, this job that I have is one of the best jobs that I’ve ever had and Strictly for me is the most amazing experience of my life. It’s the professional dancers, it’s the celebrities, it’s the crew that we all feel like a family and every single year it just gets better and better.

Meanwhile, the 31-year-old starred as a judge on The Masked Dancer, and recently said that she totally misunderstood her job on the show.

‘I was under the impression that I was doing it as a contestant,’ she told Metro. ‘I was just yacking away to them about how I would spice it up and they were like, ‘Well, let’s just have another chat and then we can talk about the jury.’ I was like, “What?”’

Strictly Come Dancing is expected to return to BBC One later this year.

MORE : Oti Mabuse misunderstood her job on The Masked Dancer: ‘I was like, what?’

Man arrested on suspicion of murder after woman, 89, found dead at property in London