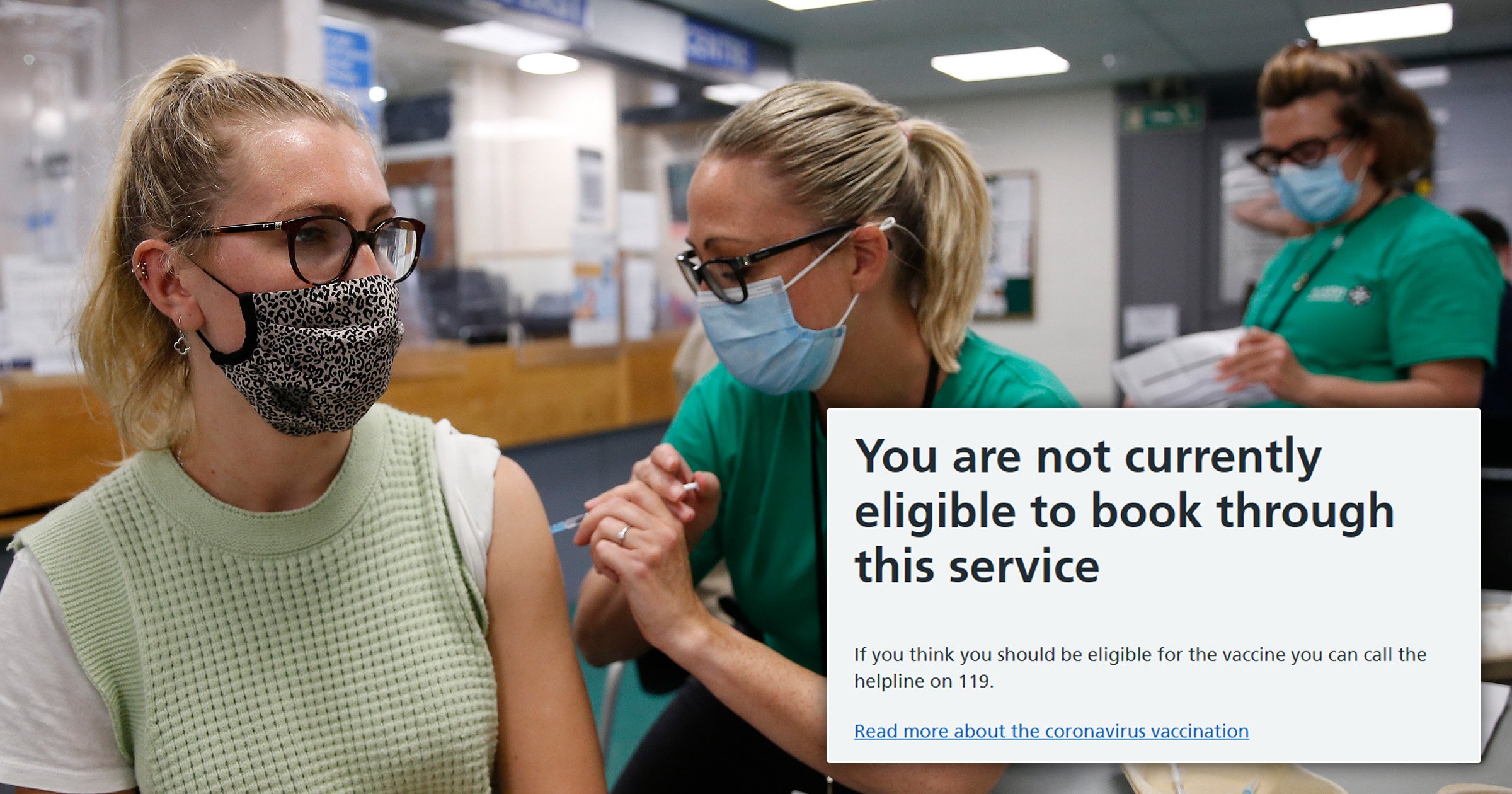 Over-25s in England have struggled to book their coronavirus vaccines today, despite being eligible to do so.

Scores of 25 to 29 year olds said they were hit with an error message when trying to book their first dose through the NHS website.

It comes after Health Secretary Matt Hancock announced on Monday that the age group, made up of roughly three million people, would be invited to receive their jab from Tuesday.

He branded the development as the ‘home straight’ of the biggest vaccination drive in NHS history.

But the final stretch has gotten off to a rocky start, with many under 30s being told they are ‘not currently eligible to book through this service.’

The error on the government website directed users to call the 119 helpline to try and book a jab over the phone instead, while others said they were held in a queue of thousands.

It took one Metro.co.uk reporter three attempts to book their vaccine this morning.

A spokesperson for NHS Digital said: ‘Large numbers of people are currently booking their vaccine appointments through the NHS website, which means you may need to wait in a queue.

‘We know that some people have been receiving an ineligible message when trying to book, which is being fixed now, so please retry.’

The vaccine booking website previously crashed in April in the wake of appointment slots being opened up to the over-45s.

Last month, an apparent security flaw was also uncovered in the website which could allow anyone to work out another person’s vaccination status by entering their basic personal information into the website.

Privacy experts warned that the flaw was exposing personal health information which could be exploited by scammers.

At the time, NHS Digital said it was reviewing and improving the standard messages that were presented on the website.

Crackdown launched at Britain’s most sexist police station where cops had sex on duty and worked as escorts.