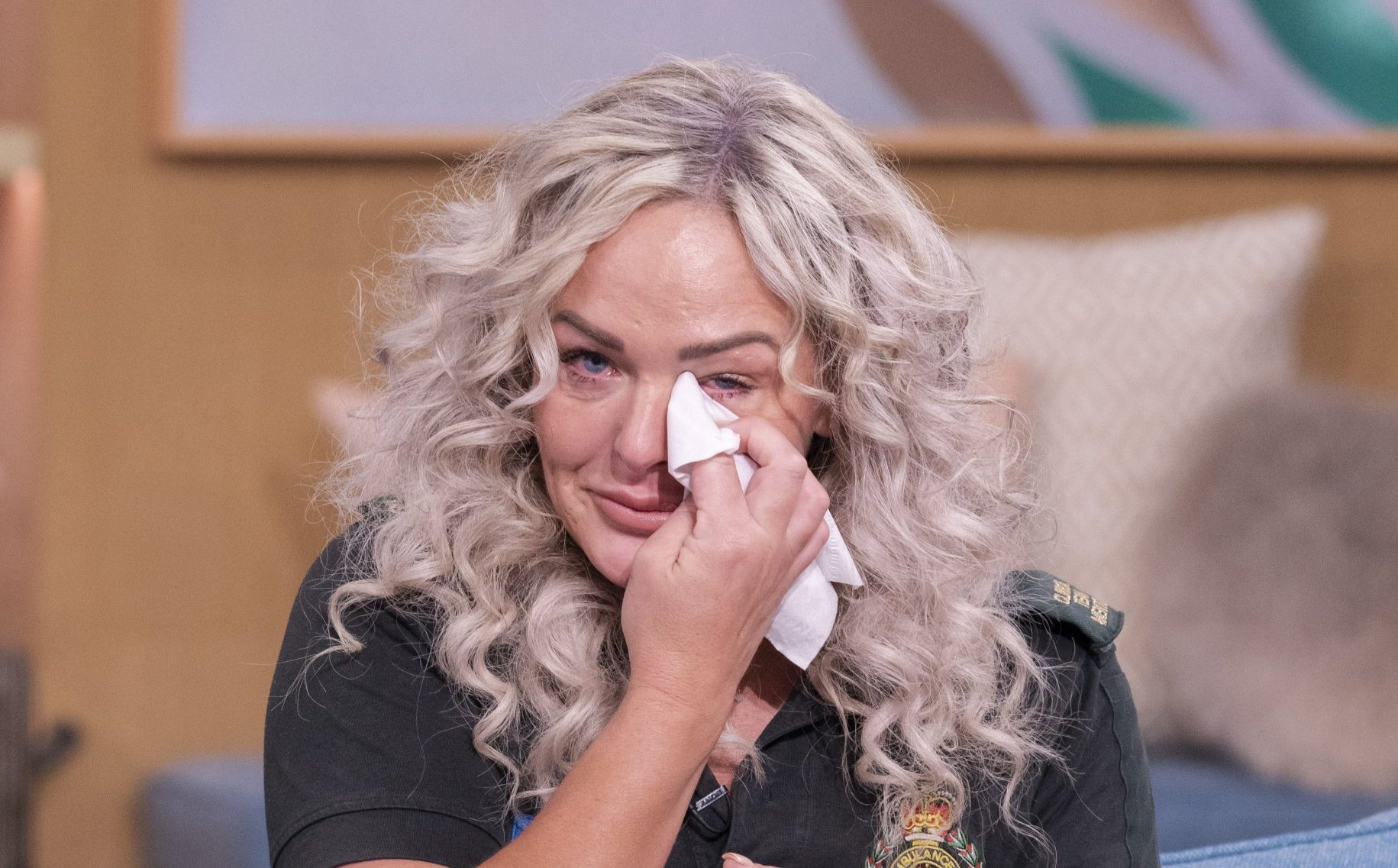 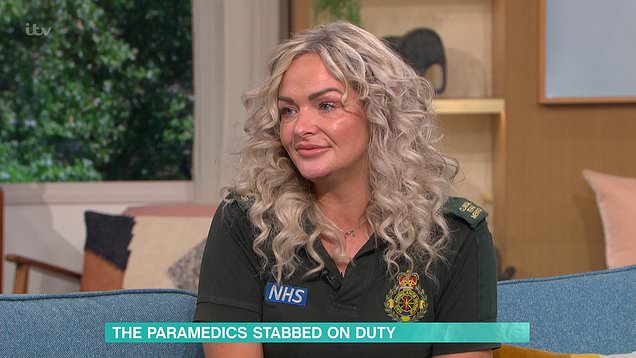 A paramedic sobbed during an appearance on This Morning as she recalled being stabbed in a brutal unprovoked attack while working.

Deena and her colleague Mick Hipgrave were out on a call on July 6 last year when they were stabbed by a man wielding two knives.

She was stabbed in the chest first and when Mick jumped in front of her the attacker then stabbed him in the chest.

He managed to use a wheelie bin to create a barrier between them and the assailant before the police allowed them time to get away into the garden, where they later attended to Mick and Deena before an ambulance arrived.

Describing the horror incident on Monday’s This Morning, Deena said it began like any other job when they were called to the home of Martyn Smith after concerns were raised by his mum.

They were accompanied by police to force entry and ‘there weren’t any violence markers on the address’, Deena said.

The team removed the panels of the front door and Deena was first into the property. When she made her way in and announced she had entered, Smith stabbed her.

Deena told hosts Ruth Langsford and Eamonn Holmes: ‘I felt like I had been punched because you don’t feel the stab wound’ and noted that her T-shirt felt ‘very wet and warm’.

She shouted out she had been stabbed with Mick responding: ‘Me too!’

‘I remember a female officer, there was so much commotion going on but I remember saying, grabbing her collar and saying: “Don’t let me die. I’ve got three children, please don’t let me die.”‘

When Ruth asked if she ‘felt you were going to die at that point’, Deena replied: ‘At that point I knew I was dying.’

Deena began to cry with Ruth apologising for upsetting her, later handing her a tissue to wipe her eyes.

Asked about the mental toll the stabbing at taken on them, Mick said: ‘We’ve been diagnosed with PTSD (post traumatic stress disorder) from the incident. We had good and bad days, it has improved with counselling, so now it’s good and bad weeks. It is something that you never forget.’

They both told the presenters that after briefly considering leaving the job they decided against it with Mick saying the job ‘is his life’.

Deena added: ‘It’s what I do and not all patients are horrible.’

Eamonn called on everyone in the studio to give the pair a round of applause for all the work they do which prompted Deena to break down once more.

He told them: ‘We mean that out of love and kindness and admiration. Respect to you both.’

This Morning airs weekdays from 10am on ITV.

Frank Turner ‘giddy with excitement’ about the return of live music and to ‘not be playing to the back of my phone, my wife and my cat’