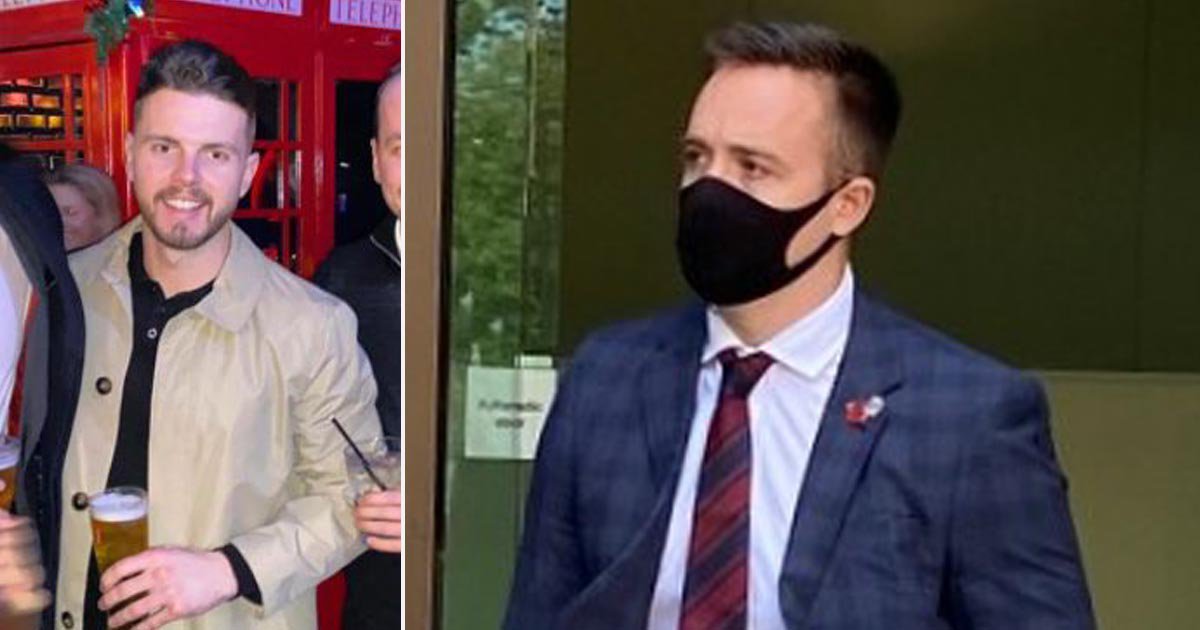 A Metropolitan Police officer is facing the sack after hitting a man over the head multiple times with his baton.

PC Jack Wood, 26, was spared jail for attacking Jake Smith after a judge said he had an ‘exemplary’ record.

Mr Smith had been drinking with his friend Scott Rooney in a Wetherspoons in Romford, and asked Wood and his colleague PC Archie Payne for their help to avoid a drinker they had clashed with.

But he was instead left with two gaping gashes to his head when Wood turned his baton on him.

Wood was convicted of occasioning actual bodily harm when he appeared at Westminster Magistrates’ Court.

He was sentenced to six months in prison, suspended for 12 months, and ordered to pay a total of £1,322.

Judge Nina Tempia said he had ‘misjudged’ the situation.

She said: ‘You are a man not only of good character, but exemplary conduct. This was a moment that was totally misjudged by you. 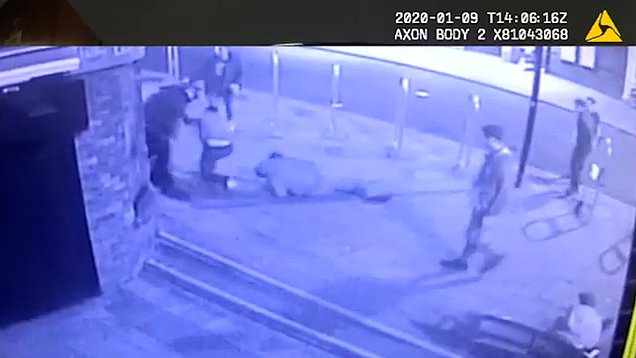 ‘I have taken into account that you have been a police officer of exemplary character for six years.’

She added: ‘I find you no risk to the public.’

Payne, who has since left the force to become a train driver, was ordered to pay £1,632 in compensation and costs after being found guilty of assault.

Payne grabs Mr Rooney’s throat and shoves him to the wall, while Wood repeatedly hits Mr Smith with the baton.

The friends, both 26, were leaving the World’s Inn when they saw a man they had clashed with lurking outside.

They asked Wood and Payne, who were outside the pub on patrol, to escort them past the group to the bus stop, but the officers declined, Prosecutor Nicola Shannon said.

She said: ‘Mr Rooney was attacked by the group… but shortly after that Pc Wood ran into the scene, came behind Mr Smith, raised his baton and inflicted between three to four strikes.’

After Mr Smith was treated in an ambulance, the officers returned to arrest him for affray, but the charge was later discontinued, the court heard.

Wood insisted he had no alternative but to draw his baton and said he was aiming for Mr Smith’s shoulder when he hit him on the head.

He said: ‘Mr Smith had engaged in violence, rugby tackling two people to the floor right in front of him at the point that Mr Wood decided to use force.’

Mr Morris added: ‘He is a hardworking dedicated police officer but obviously as a result of the conviction he will be dismissed from the police. He will be placed on the barred list.

‘He has served his community well. He has literally lost everything.’

Commander Paul Betts of the Met’s Directorate of Professional Standards said their use of force was ‘excessive’.

He said: ‘We recognise that officers face challenging situations on a daily basis and that the use of force is an unavoidable aspect of frontline policing.

‘However it is essential that when force is used it is reasonable, proportionate and lawful. In this case, we felt that the force used by these officers was excessive and referred the matter to the IOPC.

‘The criminal case has now concluded and a decision will be taken about what further misconduct proceedings should follow.’