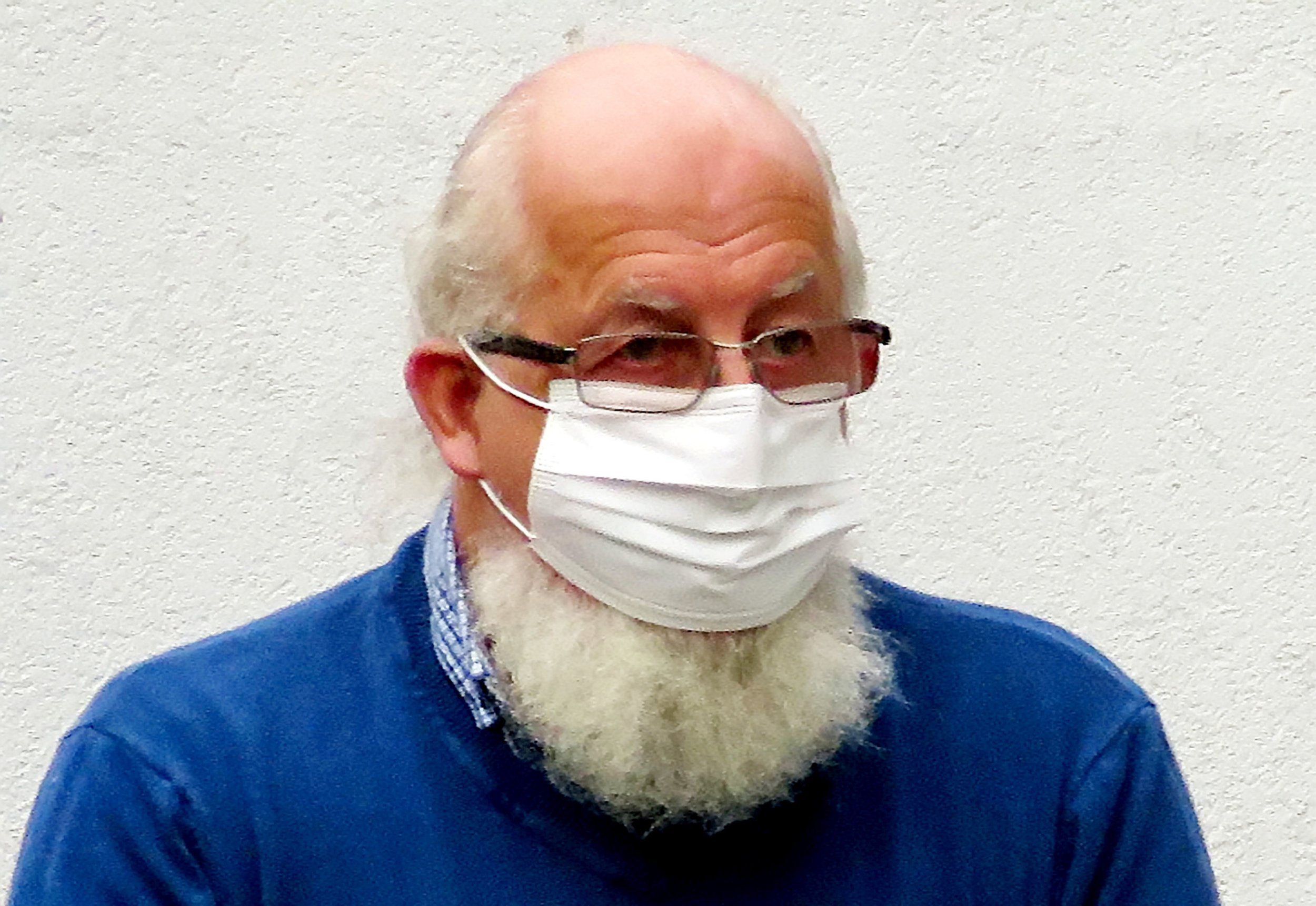 A pensioner, 69, has been ordered to pay a boy, 5, £2,000 after his dog viciously attacked him, leaving him with horrifying facial injuries.

The child is ‘likely scarred for life’ after Robert Wright’s Staffordshire bull terrier savaged him outside Sainbury’s in Nuneaton, Warwickshire, last November.

The five-year-old victim’s mum fought off the crazed animal with her handbag after it lunged at him while tied to a pillar.

The terrified child was raced to hospital where he was treated for multiple bites to his face and armpit. The dog was later put down.

He said: ‘He had to be treated at hospital and will require ongoing treatment for his scarring and is likely to be scarred for life. The impact on him has been and will continue to be profound.’

Wright, who served in the Army for 14 years, had been issued with a nuisance dog warning after his pet bit the other young boy in 2017.

Laura Hollinghbery, prosecuting, said: ‘The dog nipped at him, causing a small mark on his hip.’

But Mr Thomas told him: ‘You are not a fit and proper person to have custody of a dog, and I do not see that changing’.

He was sentenced to 16 months in prison, suspended for 18 months after admitting having a dog dangerously out of control which caused injury.

Pensioner ordered to pay five-year-old boy £2,000 after his dog bit him

Wright was also ordered to pay £2,000 compensation to the victim and banned from owning a dog for life. He must abide by a 9pm-7am curfew for four months.

Mr Thomas told him: ‘There can be no doubt the injuries place this in the greater harm category, and there have been two previous incidents concerning the same dog.

‘In my judgement that does place this offence into the high culpability bracket.

‘But I have no doubt you are genuinely remorseful and bitterly regret this incident.’

When is the Queen’s Platinum Jubilee 2022?