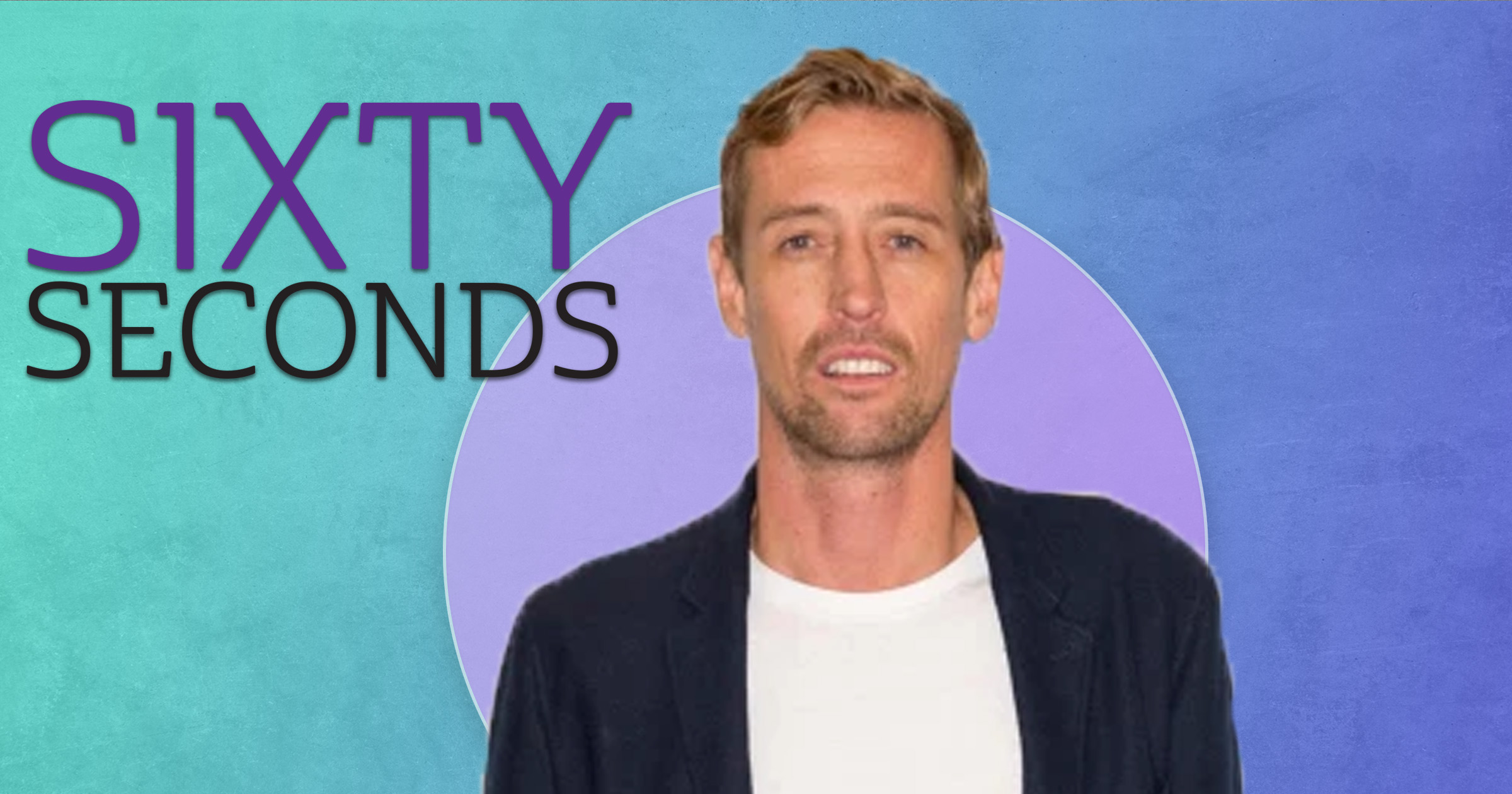 Ex-England striker Peter Crouch, 40, on presenting in front of the mirror, his robot dance and how Maya Jama knows a lot more about football than she lets on.

You are back on TV this summer presenting Crouchy’s Year-Late Euros: Live…

We’ve got a bar, people will be allowed in — hopefully — for live music and some really good guests.

You’ve got the Save Our Summer band back together from last year, as you’ll be presenting alongside Maya Jama and Alex Horne again…

Save Our Summer was meant to be before the Euros but obviously they got cancelled. But hopefully we provided some entertainment.

It was my first foray into presenting — it was fun and it got me out of the house. Alex and his band [The Horne Section] are great.

Maya and I get on really well — she’s a great girl. She pretends she doesn’t know much about football but she knows plenty more than she’s given credit for.

I don’t think so. As soon as I finished playing football, I found myself in this mad media world. Long may it continue because I’m having a great time.

Any desire to become the next Alan Partridge?

No, but I feel like I achieved my dreams playing football and anything after that now is a bonus for me.

To be able to be live on the BBC, talking about football… I feel very blessed and privileged.

All I do is have fun and hopefully people have fun along with me.

Do you have a presenting ‘style’?

Did the lockdowns send you round the twist?

I enjoyed the first one because the weather was good and I’d been away with football for so long and missed so much of the kids’ lives, just being at home was nice.

The second one not so much — home-schooling was hard!

I did a bit of that to be honest. But I’m still not as polished as some but we’ll see what happens!

Your podcast, That Peter Crouch Podcast, goes from strength to strength…

I love it now probably more than I did at the start because I didn’t know what we could achieve.

Who have been your favourite guests?

Liam Gallagher was always someone I wanted to get on. And Prince William was someone we never had on our radar but he got in touch about coming on.

We’ve got a really special guest lined up but I can’t say who as we haven’t recorded it yet. But it will blow your mind!

Do you miss life as a footballer?

Football has been my life. For 22 years that’s all I did every day, so for it to stop was a bit strange.

But I don’t miss it as much as I thought I would. I’ve filled my time with other stuff.

Do you still get asked to do the robot dance that made you a cult hero?

Yes, on a daily basis! When I think about it, it was a ridiculous way to celebrate a goal.

And do you oblige?

I try not to because if you continually do it, people say ‘there he goes again’. So I try and keep it as a magical as possible!

Yeah, it was a disaster really. We should have got through. It was one tournament that got away. But I’m still proud to have played at two World Cups.

That 3-2 home defeat by Croatia sealed our fate…

I remember scoring a great goal — one of the nicest ones I got for England. I ran away thinking, ‘I’ve scored the goal that got England to the European Championship.’

Then we went and threw it away and it was a goal everyone forgot!

How will England do at these Euros?

I’ve got big hopes that we can go all the way — we’ve got some of the best young players in the world who don’t look like they play with any fear or pressure.

Harry Kane could quite easily be a top scorer, Phil Foden could be the best emerging player. Mason Mount is a player I really admire. I’m a bit worried for us defensively but we’ve got everything there to scare any team.

Crouchy’s Year-Late Euros: Livewill kick off on BBC One on Friday after the opening game of the tournament, Turkey v Italy.

MORE : Panicked Abbey Clancy ‘battered’ Peter Crouch after he ‘lost’ their baby: ‘I was terrified’

How video games saved the world from lockdown – Reader’s Feature