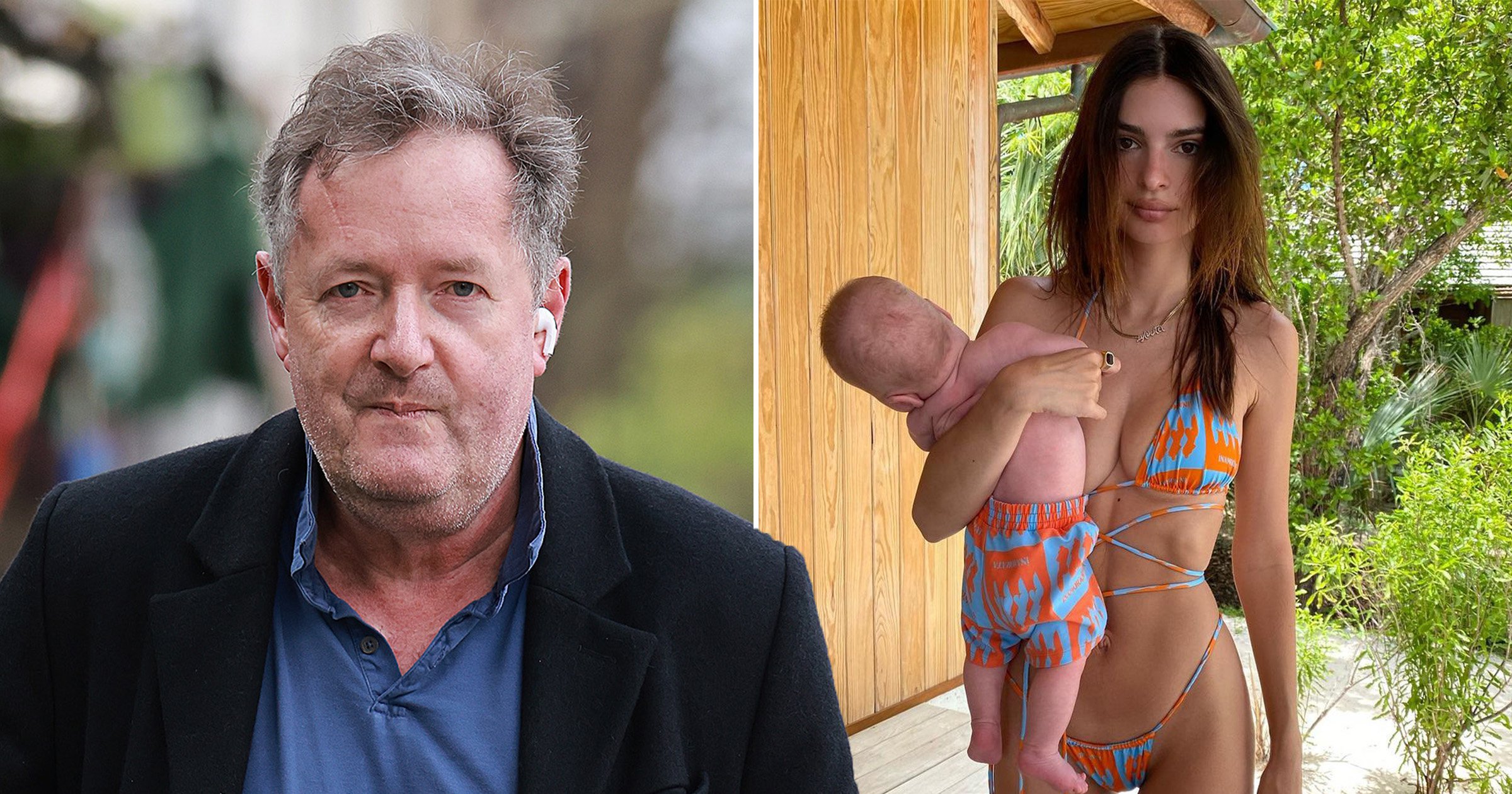 Piers Morgan couldn’t resist giving his thoughts on Emily Ratajkowski’s parenting after the model posted a picture with her baby son Sylvester as she celebrated her birthday.

The TV presenter, 56, reacted to the way the new mum, 30, was holding her boy in an Instagram photo, with mother and son wearing matching swimwear.

‘Bday eve with the dream vacation partner,’ she added in the caption of the picture, which had the comments turned off.

Sharing the snap on Twitter, Piers clearly wanted to share his two cents as he added: ‘That’s not how you hold a baby @emrata – and your millions of followers shouldn’t be encouraged to do the same. Happy to give you some tips if you need them.’

Maybe his official post-Good Morning Britain gig will be a parenting column?

It’s not the first time the Life Stories host has taken aim at Emily, previously declaring he was ‘done with naked pregnant celebrities’ after she shared pictures of herself naked and heavily pregnant on social media.

‘It seems almost mandatory now for women when they’re pregnant, famous women to go naked just to show us what a naked pregnant woman looks like,’ he fumed, adding he wasn’t sure how easily that sits with’ celebrities who ask for privacy.

‘Demi Moore did it about 30 years ago and it’s like ever since, every week there’s another famous pregnant woman going, “look at me! I’m naked and pregnant”,’ he said on Good Morning Britain.

One person he certainly won’t be giving parenting tips to (yet) is the Duchess of Sussex Meghan Markle and Prince Harry who have welcomed their second child Lilibet Diana.

His fans and followers might have been on tenterhooks waiting for Piers to weigh in but surprisingly he shared he would not be commenting (again…yet).

The broadcaster tweeted: ‘To those asking for my reaction to the new royal baby, I am respecting her parents’ constant pleas for privacy and declining to comment.’