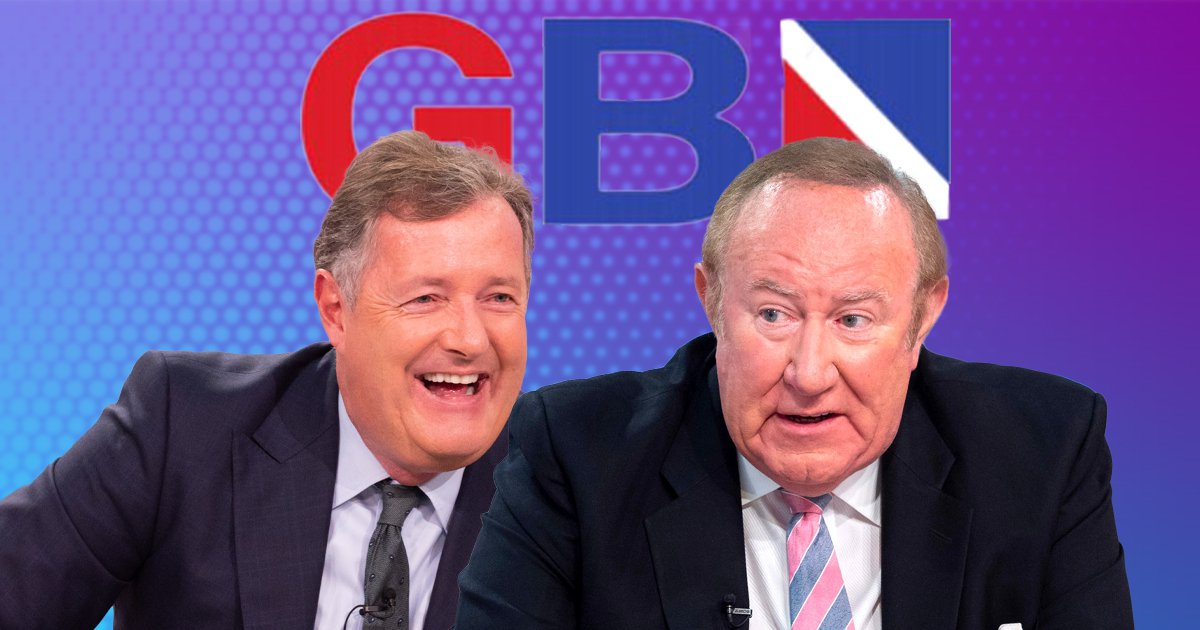 Back in March, Piers suddenly departed GMB after Ofcom confirmed it received a record number of complaints about his remarks dismissing Meghan Markle’s claims she had suicidal thoughts that were ignored by Buckingham Palace.

Naturally, then, speculation surrounding Piers’ next move has been rife with the most obvious move being a new role at Andrew’s incoming news channel GB News, which launches this weekend.

‘Yes, we have had conversations, but not about breakfast,’ Andrew confirmed about the former GMB star, who is already clearly the perfect fit for GB News.

‘All my indications are that Piers doesn’t want another breakfast show. But I think if he does any more British news TV it’s more likely to be with us than with anybody else.

‘We’re in good discussions, we continue to stay in touch and he knows that we feel that he would be a great addition to the line-up.’

Just hours after Piers walked away from Good Morning Britain, Andrew made no secret he was keen to snap him up.

‘[Good Morning Britain] had always lagged way behind the BBC breakfast time show and people tuned in because of him,’ he told BBC News.

‘It reminded me of the old days of Newsnight. People tuned in if Jeremy Paxman was doing it. If he wasn’t doing it it wasn’t so exciting and the same is true of GMB.

‘It’s a real problem now for ITV that they’ve lost him. The programme this morning was much more run of the mill, low key, kind of ordinary, so it’s going to be difficult for them to replace him.’

Piers’ final episode of GMB drew in a record number of viewers for the programme which has rapidly fallen since his exit.

‘I don’t take any pleasure in that,’ Piers stressed.

‘There’s been five years building up those ratings, ironically on the last day we beat the BBC which has always been my mission.

‘In a way I scaled the mountain but they are certainly flying very fast down the other side.’