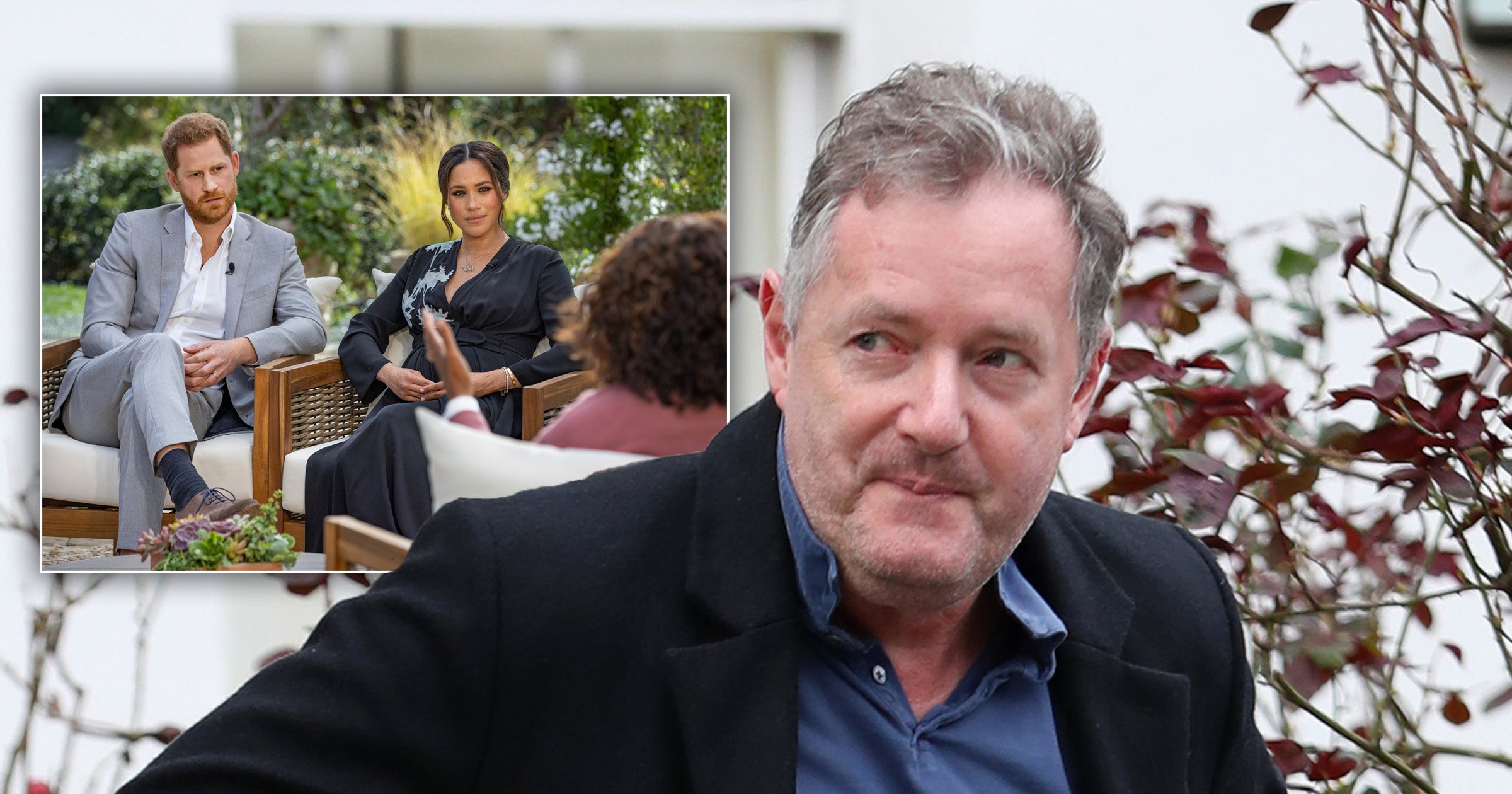 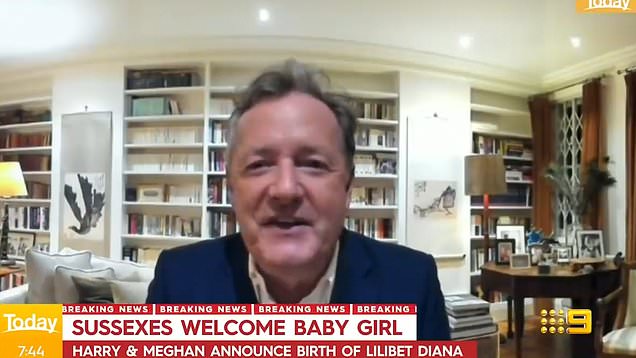 In a very rare turn of events, Piers Morgan has actually wished Meghan Markle and Prince Harry ‘the very best’ as they welcomed their daughter, Lilibet Diana.

After slamming Meghan yet again on Australia’s 60 Minutes on Sunday, Piers returned to Aussie TV where he refused to put a ‘negative slant’ on the sweet news.

In fact, he went so far to wish them ‘every success’.

‘Maybe it’s their way of reaching out, as the Americans say, to the royals and wanting some kind of end to this on-running feud.’

He then shared his support for the parents, adding: ‘I always think when a new baby is born – I’ve had four myself – it’s very churlish to put any negative slant at such a moment.

‘I wish them all the very best. There is four in the family now. I wish them every success and a long and happy life.’

When asked by Allison Langdon: ‘So you like Meghan now?’ he quipped: ‘Let’s not go too far. I like her as much as she likes me.’

In fact, in a move that suggests the former Good Morning Britain anchor – who left the programme in March after refusing to apologise for not believing Meghan’s interview with Oprah Winfrey – was looking to bury the hatchet, he didn’t rule out meeting with the Duchess again.

He said: ‘I sort of have an idea one day we’ll go back to my pub where we had that first drink together and put the world to rights.

‘I’ll be able to ask all the supplementary questions that Oprah Winfrey forgot to ask when Meghan was telling her porky pies in that interview.’

Okay, so perhaps there is still a glimmer of that hatchet…

Piers’s interview came hot on the heels of the royals’ announcement Meghan had given birth.

On Sunday night a statement read: ‘On June 4, we were blessed with the arrival of our daughter, Lili.

‘She is more than we could have ever imagined, and we remain grateful for the love and prayers we’ve felt from across the globe. Thank you for your continued kindness and support during this very special time for our family.’

Inside Liam Payne’s relationship with model Maya Henry as he confirms split: ‘I need to sort myself out’

How to watch the Friends reunion in the UK and US