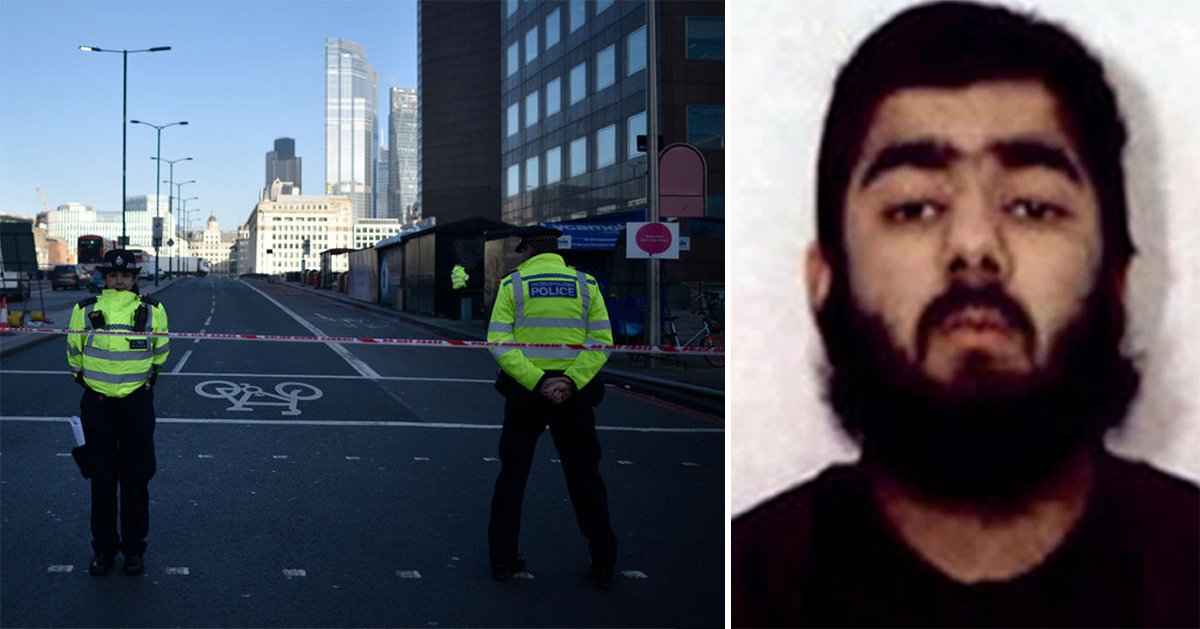 Armed officers called to the Fishmongers’ Hall terror attack have recalled how they desperately tried to clear London Bridge fearing a bomb blast could cause devastation at any moment.

An inquest into the death of the knifeman heard how police believed the lifelike hoax suicide belt he was wearing was real, and screamed at people crossing the bridge to ‘go go go, there’s a bomb’.

Officers described how some bystanders were filming the dramatic events while others were going about their business without ‘a care in the world’.

The inquest heard how brave officers put their lives on the line to pin him down fearing they ‘would all be dead’ if they did not stop him.

One said a bomb the type Khan had mimicked would have a blast range of around 100 metres and would have caused carnage on the bridge on a busy Friday afternoon.

It was later discovered that Khan fashioned the fake explosive from items he bought in Stafford the week before.

One officer, known only as WS5, said: ‘I believed it (the explosive) to be a viable device and if I hadn’t neutralised it at the time I believed we would all be dead.’

Describing the scene, the officer added: ‘I was on the radio, trying to shut off the footpath. I remember there was a lady pushing a pram, not a care in the world, and river cruise boats going by (on the Thames).

‘I’ve seen IEDs (improvised explosive devices) and what devastation it can cause. It could have caused death or serious injury.’

What are the rules for smoking outdoors?

Another officer, YX16, said he was trying to get people away from the footpaths underneath the north end of London Bridge.

He said: ‘I was screaming to get out of the way, “go go go, there’s a bomb on the bridge”.

‘I thought it was going to explode, to be honest with you.

‘So I focused on trying to get people out of the way, to save lives.’

Khan was fatally wounded by police, who shot at him 20 times in two brief spells, eight minutes apart.

Jennie Garth Reveals She Made Her Daughter Lola’s Prom Dress: ‘It Just Makes Me Proud’

Will lockdown rules still be eased on Monday, May 17?