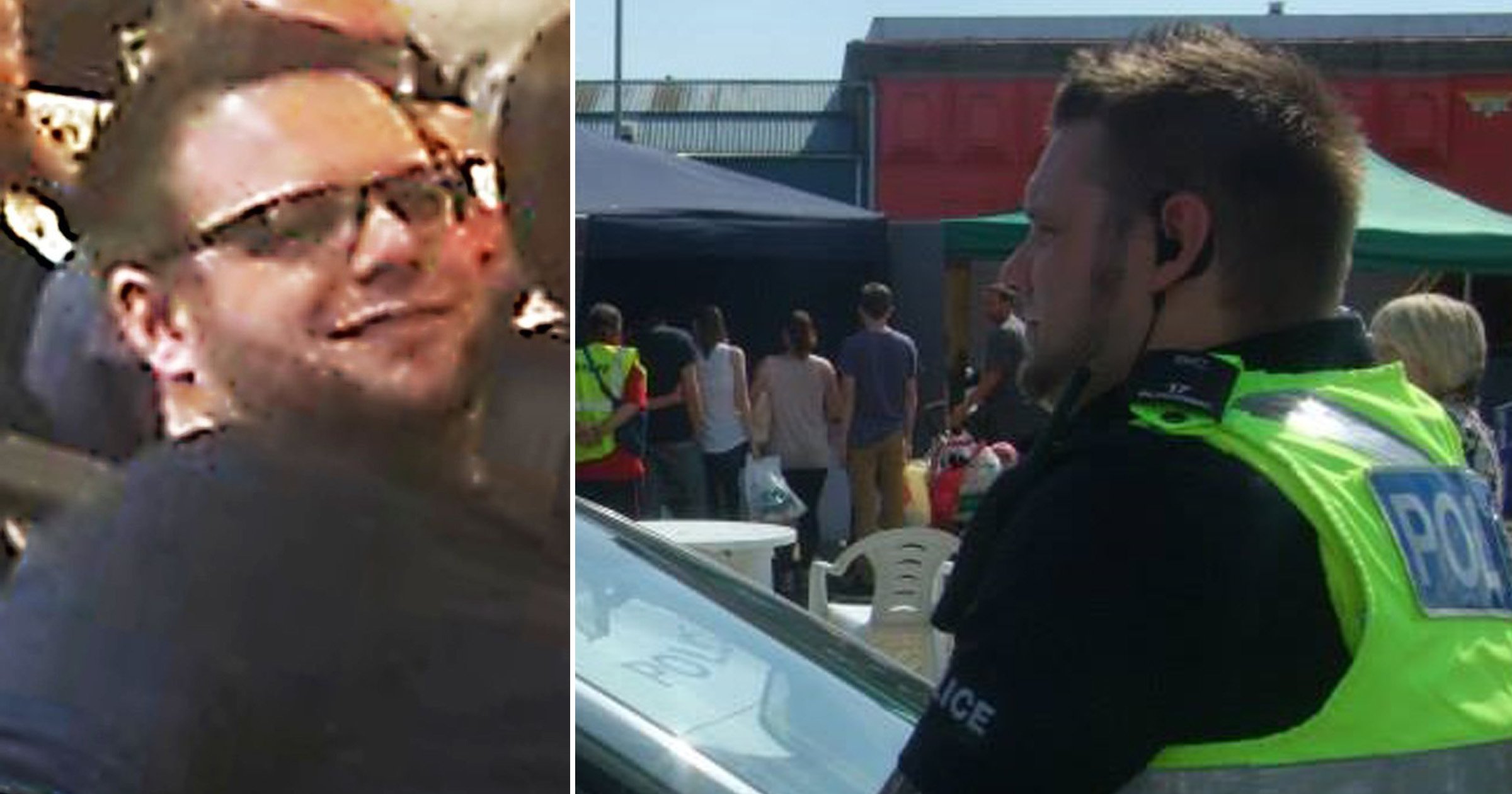 A police officer has been fined a total of £450 for flashing his female colleague as they drove to a crime scene.

PC Dale Plucinski, 31, pulled his penis out from his trousers as the pair were leaving Grimsby Police Station in 2019.

Just moments before he had shown the same colleague a photo of his private parts on his phone.

The court heard how his female partner, who was driving the Mercedes patrol vehicle, repeatedly told him to ‘put it away.’

She then gave him a ‘verbal dressing down’ and told him that he had ‘overstepped the mark and it was something that bothered her.’

The incident took place some time between June and December 2019 but only came to light several months later when Plucinski was investigated for other alleged offences.

Plucinski denied the charges but was found guilty of indecent exposure at Grimsby Magistrates’ court.

Ben Tighe, defending, claimed his client had merely put his finger through the flies of his trousers ‘in a juvenile way.’

He also said he had shown the WhatsApp photo by mistake after it had been forwarded to his client by his partner.

Plucinski was already in jail during the trial after being convicted of stalking and possession of a blade at Lincoln Crown Court last year.

Mr Tighe added that since losing his job and being imprisoned, his client has lost all contact with his partner and his children and will be homeless upon his release next week.

He said: ‘He has hit rock bottom. This puts the icing on the cake. He will only be able to live on state benefits.

‘This was a first time offence at the time and there was nothing sexual or sinister in it.’

In handing Plucinski the fine, which included £200 in compensation to his ex-colleague, Judge Daniel Curtis said the former policeman had already paid a high price for his actions.

He said: ‘He has been punished enough. I do not trivialise what he has done. From being a serving police officer, he has left the role, found himself in prison and become homeless, so he has been significantly punished already.

‘Some people might find that difficult to understand but there is little purpose in anything other than a financial penalty with compensation.’

He added that his behaviour was ‘unpleasant and unnecessary and a breach of trust and not the way you expect a police officer to behave.’

He added: ‘You expect them to have standards. This fell well short of those standards.’

The victim of the flashing said: ‘I was not expecting anything. A guilty verdict is enough for me. I am not fussed.

‘He has paid a high price. It is all his own doing. I am just pleased the judge found him guilty and we can move on.’

Man ‘who stabbed 16 cats in Brighton’ was finally caught on CCTV, court hears