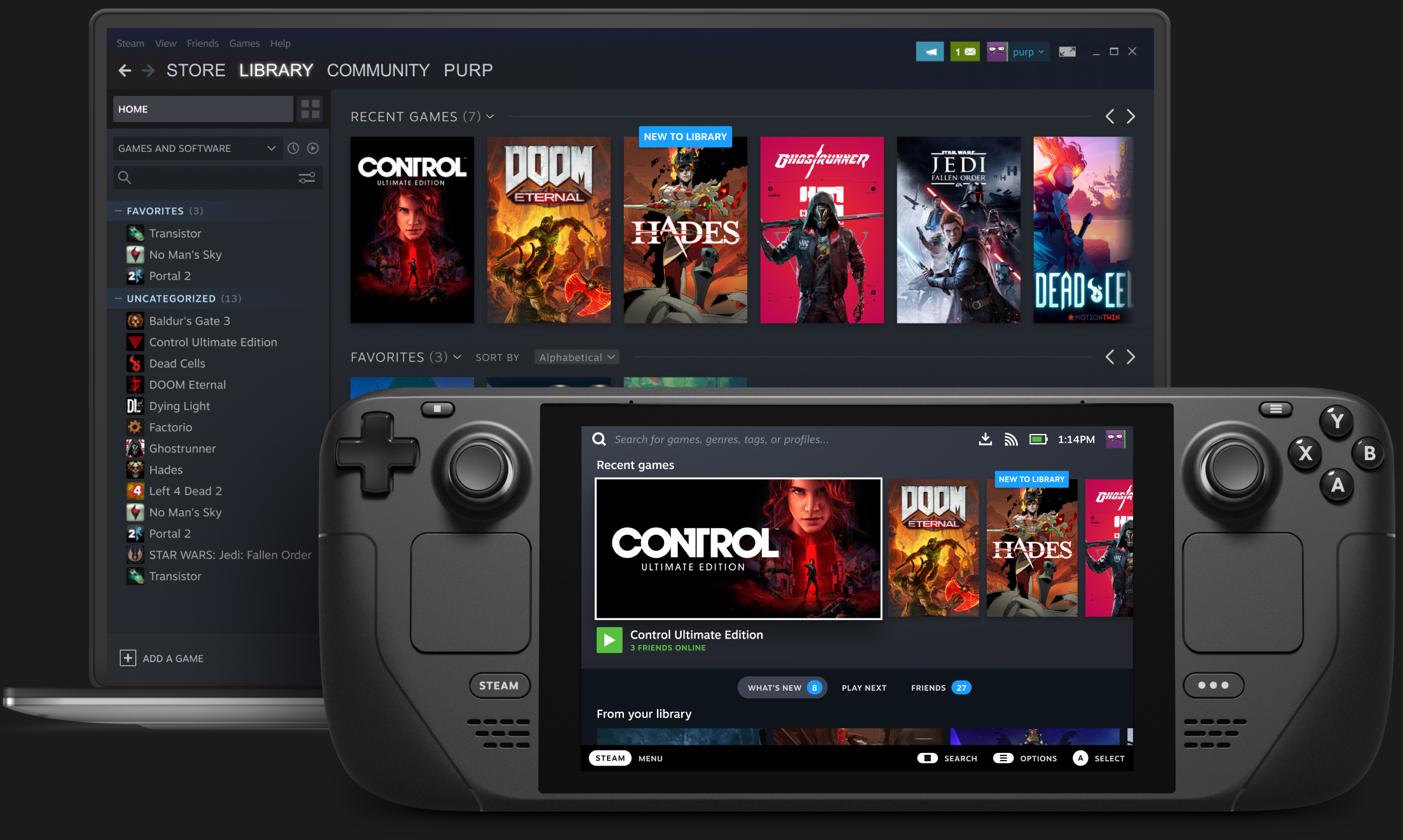 Anyone who pre-orders a Steam Deck now will have to wait until Q3 2022, unless they pick the cheapest model.

It’s only been a few days since Valve announced the Steam Deck and made it available for pre-order, and it is unsurprisingly already on its way to becoming a big success.

However, it looks like Valve may have underestimated the demand for its portable PC console. It has since updated the pre-order page with disclaimers warning people that their order may not arrive until the second half of 2022.

There are three different models of Steam Deck on offer. The cheapest is the 64GB model, which costs £349, and is expected to arrive in Q1 2022 (basically the first few months of the new year).

With shipping to start this December, it’s likely that anyone who orders this model can look forward to waiting only a few months at least until their Steam Deck arrives.

For anyone who orders the 256GB or 512GB model (which cost £459 and £569, respectively), Valve notes that those aren’t expected to arrive until Q3 2022. So, somewhere between July and September.

Technically speaking, Valve isn’t so much accepting pre-orders as it is reservations. You can put down a reservation fee of £4 to register interest in the Steam Dock and you’ll be emailed about making an actual pre-order once stock becomes available, with Valve aiming to start sending order invites by December.

Long-time Steam users have had a distinct advantage for reserving a Steam Deck, since Valve allowed anyone who made a Steam purchase before June 2021 to reserve one in the first 48 hours of availability.

Valve says this was done to help combat scalpers which, to be fair, is warranted. One of the reasons why the Xbox Series X/S and PlayStation 5 have remained so difficult to acquire is due to scalpers hoarding multiple units to sell them at inflated prices.

Zelda: Skyward Sword is terrible and we should all just admit it – Reader’s Feature

Games Inbox: Is Steam Deck worth it?

Valve also limits you to only one Steam Deck per customer, but despite the company’s best efforts, even these reservations are being sold on eBay for above and beyond the normal asking price; a couple are even going for over £1,000.

Others are a bit more reasonably priced but are also up for auction, tempting desperate customers to try and outbid each other and drive up the price.

Considering the Steam Deck is the closest we’ll get to having a Nintendo Switch that plays PC games, it’s no wonder people are pre-ordering like mad.

While you could always wait until it becomes easier to purchase, that may not happen until late 2022 at the absolute earliest so you’d best make a reservation now if you’re particularly eager to get one ASAP.

MORE : Scalper group defends use of PS5 bots and says: ‘We do a lot for charity’

Who is Lucinda Strafford from Love Island?