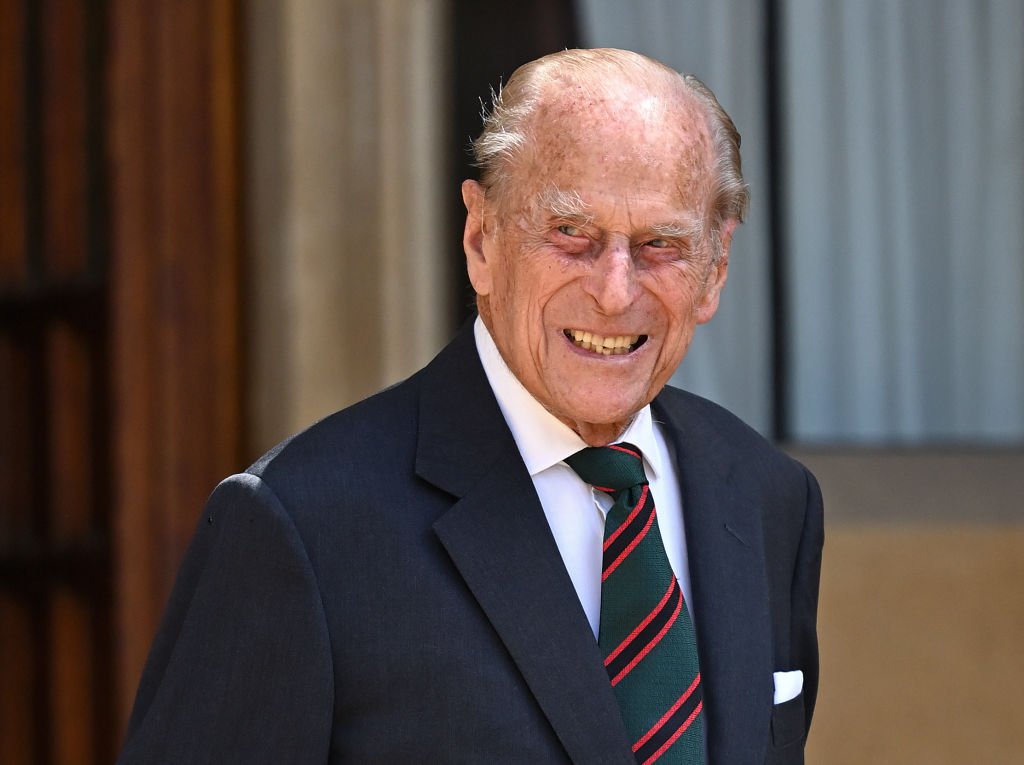 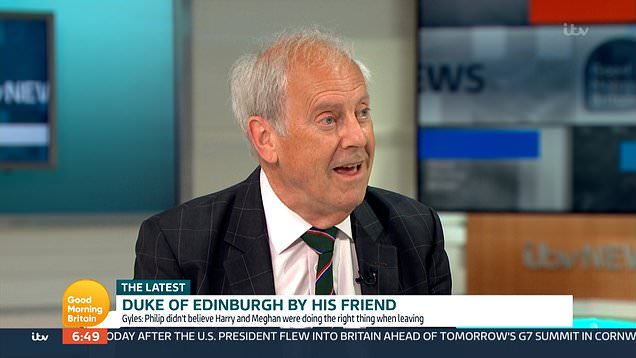 Prince Philip was ‘heartbroken that the Royal Family has turned into a soap opera’, a friend has claimed.

The late Duke of Edinburgh also reportedly regretted that members of his family, including Prince Andrew and Prince Harry, gave personal interviews.

It comes as the Queen marks what would have been her husband’s 100th birthday by planting a rose at Windsor Castle.

Appearing on Good Morning Britain today, author Gyles Brandreth was quizzed on the latest drama to engulf the Royal Family on the special day.

Confusion remains over how Prince Harry told his grandmother he was going to use her nickname, Lilibet, for his baby daughter’s first name.

The Sussexes yesterday denied a report they did not ask the Queen, saying they would not have used the name if she had not been ‘supportive’ of their choice.

But rather than confirming the Duke and Duchess’s version of events, the Palace has refused to deny suggestions that the Queen was not asked.

GMB host Ben Shephard had asked Mr Brandreth, who wrote a biography on Prince Philip, about ‘what he would have made of all this’.

He replied: ‘I know exactly what he would have made of all of this.

‘He felt [that] no good ever comes of it. I said to him, “But you were the first member of the royal family to give an interview on television in the 1950s for the BBC and later to things like Wogan.” But he said, “That was about what I did, my work, never about me as a person.”

The author shared some words of wisdom the late duke once gave him about his tour to Australia with the Queen following her Coronation in 1953.

Mr Brandreth told GMB: ‘He reminded me and said, “millions of people came out and cheered the Queen, millions. And if the Queen had thought it was about her, it would have been corrosive.

“But the Queen is the same with one person or a million people. Once you begin to think it’s about you, you are in trouble. Don’t give interviews about yourself. It’s about other people.” And that was his philosophy.’

Ben asked: ‘Do you think he would have been upset about Meghan and Harry using the word Lilibet?’

Mr Brandreth responded: ‘I know what he would have said – “I try to keep out of these things”. He wouldn’t have commented, he wouldn’t have known what he’d thought!’.

Girl, 15, sexually assaulted in Salford park after man in red beanie grabbed her