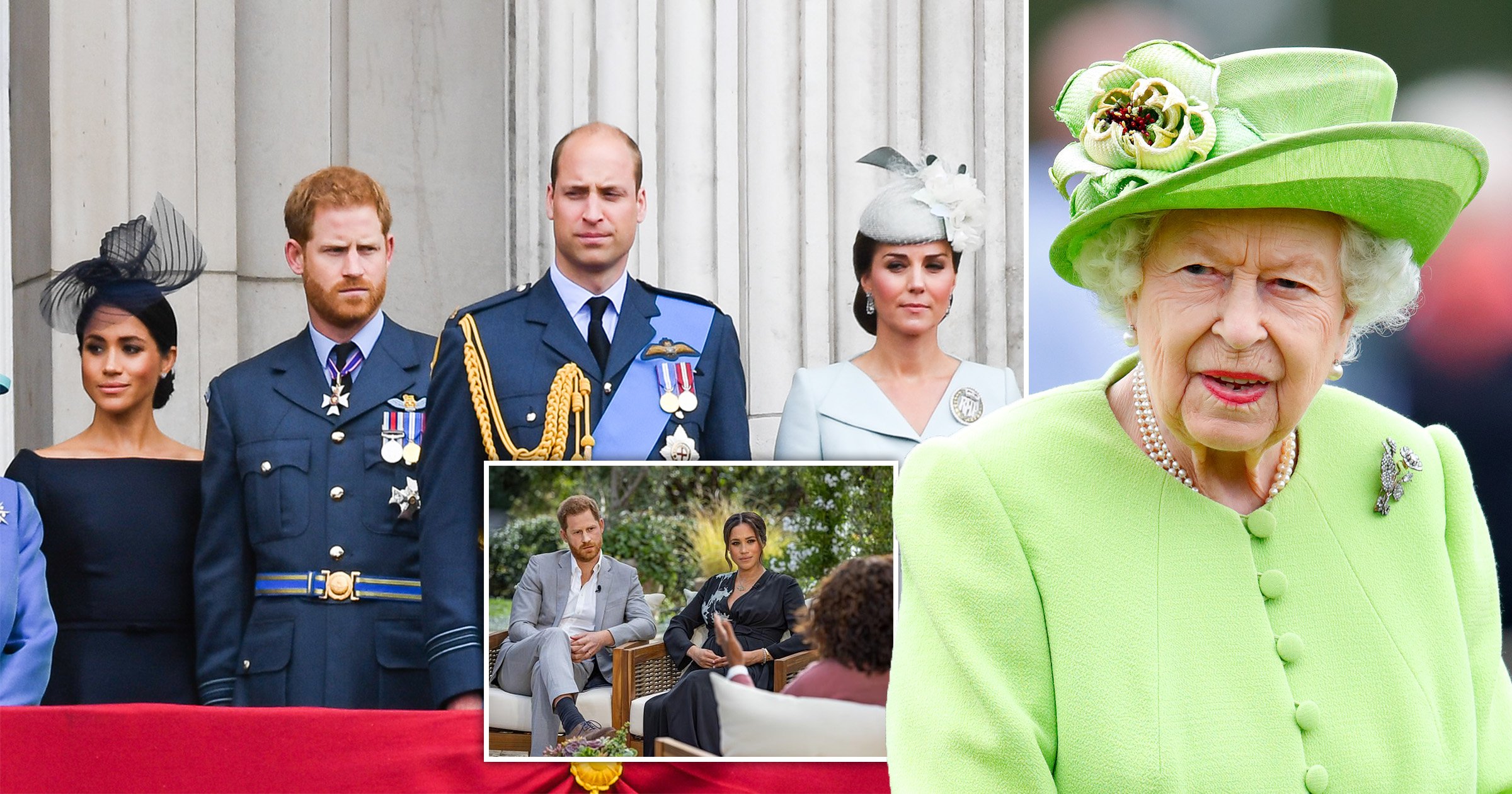 Her Majesty could cancel Prince Harry and Meghan Markle’s invitation to her Platinum Jubilee celebration after the duke revealed he’d be lifting the lid on royal life in a new book, insiders have claimed.

The Queen had hoped time would heal family wounds and had reached out to ask the couple to attend her official birthday parade, Trooping the Colour, in June next year.

But her grandson’s decision to publish a tell-all memoir the same year she becomes the first British monarch to mark 70 years on the throne has been branded ‘deeply disrespectful’.

The two are believed to have a good relationship, with Harry previously revealing his family shared Zoom chats with the Queen and Prince Philip before his death.

She has gone to ‘great pains to try to keep her relationship with her grandson and his family separate from the decisions she needs to make professionally’ – but the book could be ‘the last straw’ for any hope of fence-mending in the family, a source claimed to the Daily Mail.

They said: ‘It’s emerged that Harry has been secretly working on it for some time and he has made clear that he and his ghostwriter (journalist and novelist J R Moehringer) will leave no stone unturned.

‘The suggestion he could even be seen with his family again in the future is looking increasingly implausible. A lot of people suspect this is the end of the road.’

Harry has vowed to write a ‘first-hand account of my life that’s accurate and wholly truthful’ in the book, which will be released late next year.

He says he is ‘writing this not as the prince I was born but as the man I have become’.

Another source claimed: ‘To bring out the book in the year of the Queen’s Platinum Jubilee is being seen as deeply disrespectful. There will be a whole year of celebrations… yet it will now be characterised by a drip-feed of revelations, serialisations and, eventually, publication.

The memoir comes after Harry accused an unidentified royal of racism in an interview with Oprah Winfrey.

Meghan Markle also opened up about her struggles within the family, claiming ‘the firm’ refused her help when she experienced suicidal feelings.

The couple has accused ‘the firm’ of playing ‘an active role in perpetuating falsehoods’ about them.

It comes after ‘insiders’ accused Harry of ‘blindsiding’ the Royal Family by telling them about his memoir moments before the rest of the world found out.

A spokesman for Harry told Metro.co.uk he told his family – including the monarch – about the book ‘very recently’.

Love Island 2021 viewers left fuming over yet another ‘predictable’ cliffhanger