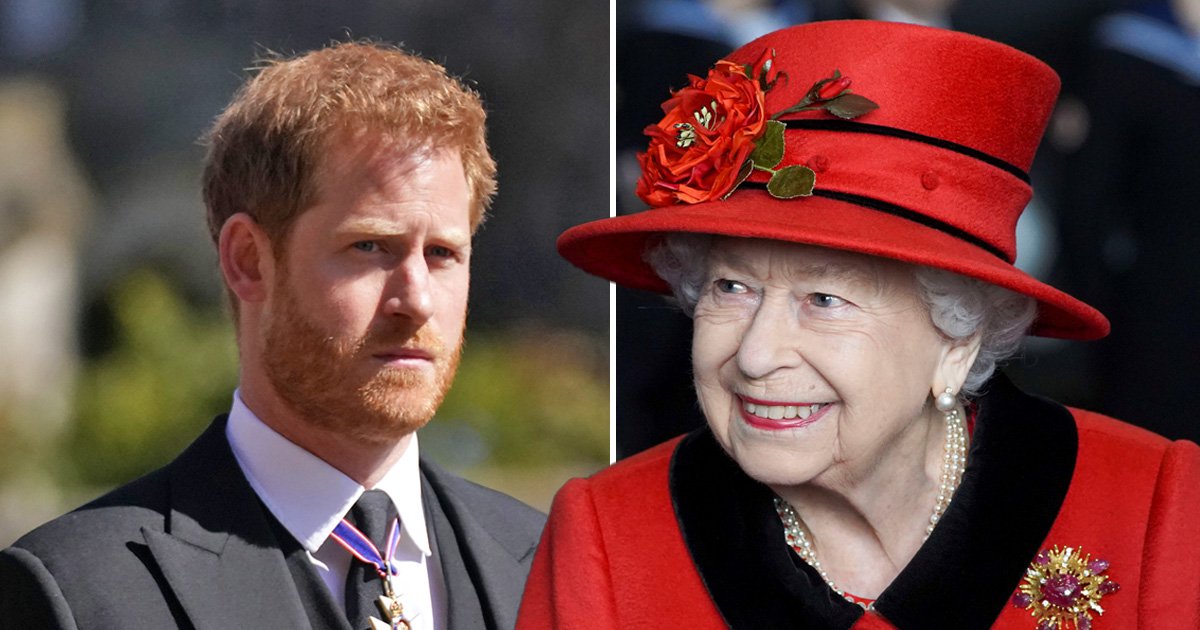 The Queen has offered an olive branch to Prince Harry by inviting him to lunch when he returns to the UK next month, it has been claimed.

Harry is said to be meeting his grandmother at Windsor Castle for a ‘chance to talk things through’ when he flies back for the unveiling of Princess Diana’s statue.

The informal meeting is thought to be their first private get together since Harry and Meghan Markle stepped back as senior working royals early last year.

It is understood that the Queen invited her grandson to the lunch date before the birth of the Sussexes’ baby girl Lilibet, who was named after Her Majesty on Friday.

Revealing plans of the meeting, a royal courtier told the Mail: ‘It’s a typically magnanimous gesture by Her Majesty.

‘The lunch will be a chance for them to talk things through.’

Diana’s statue – commissioned by Harry and William – is due to be unveiled at Kensington Palace on July 1, which would have been the Princess of Wales’ 60th birthday.

Harry is expected to attend alone, while Meghan stays behind at the couple’s California home to take care of their newborn girl and two-year-old son Archie.

It will be the first time Harry and his grandmother, who have always shared a close bond, will get the chance to chat one-on-one in more than a year.

Following the tense Sandringham summit where plans were hashed out with Charles and William for the Sussexes’ move away from the royals, the Queen hosted an informal Sunday lunch for Harry in March, last year.

Harry last saw the Queen when he attended Prince Philip’s funeral in April – but he reportedly only got a chance to speak with his grandmother outdoors around other members of the family.

It was hoped that the funeral would be a chance for Harry to make amends with brother William but it is understood that the reunion was ‘frosty’ and ‘brief’.

The visit came just over a month after he and Meghan made a series of damning allegations against ‘The Firm’ in a bombshell interview with Oprah Winfrey.

Despite the allegations of racism, a lack of mental health support, and Harry’s claims of feeling ‘trapped’ in the royals, Her Majesty said the couple remain ‘much-loved family members’.

And in a touching nod to the Queen, Harry and Meghan named their baby girl after Her Majesty’s childhood nickname.

It was seen as a particularly moving gesture for the 95-year-old monarch as her late husband Prince Philip was the last family member to still call her by that nickname.

Lilibet Diana Mountbatten-Windsor – eighth in line to the throne – was born on Friday June 4 at 11.40am at Santa Barbara Cottage Hospital in California, weighing 7lb 11 oz.

Buckingham Palace appeared to be caught off guard by the timing of the news, with a spokesman congratulating the couple 90 minutes after it broke.

The Queen, Charles, William and Kate said they were ‘delighted’ at the news and wished the couple the best.