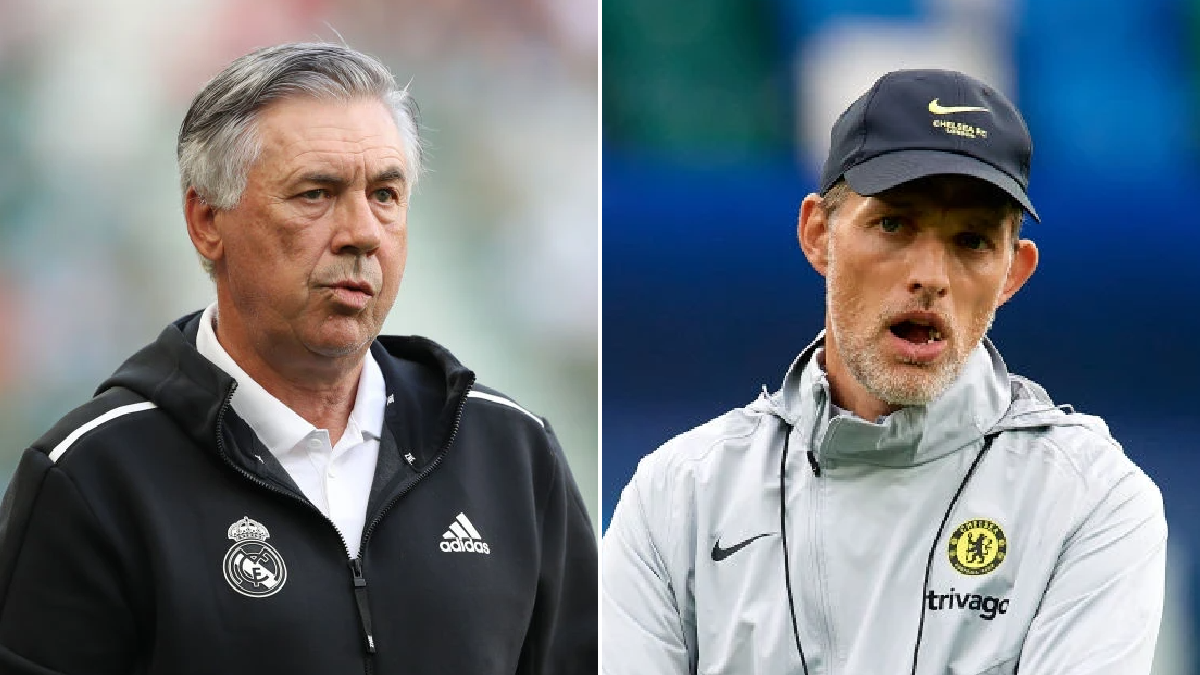 Real Madrid are ready to join the race to sign Chelsea contract rebel Antonio Rudiger after identifying the centre-back as their ideal defensive recruit, according to reports.

The Germany international is out of contract with the Blues next summer, when he can leave on a free transfer, and has so far snubbed renewal offers as he holds out for a much bigger salary than the £120,000-a-week deal that has been proposed.

Chelsea, though, are reluctant to go much higher and that has alerted a host of European giants to Rudiger’s potential availability, with Bayern Munich previously linked with a move.

Now Spanish newspaper Marca claim Real Madrid are also keen on trying to sign the 28-year-old on a free transfer and are ready to start negotiations in January.

Carlo Ancelotti’s side are keen to bolster their back-line after losing both Sergio Ramos and Raphael Varane over the summer and are particularly looking for a player with plenty of experience and leadership qualities.

Rudiger ticks those boxes, having been capped 48 times for his nation and winning the Champions League last season.

Real’s somewhat precarious financial situation is no secret, too, and the possibility of landing Rudiger on a free transfer – just as they did with David Alaba – is hugely appealing.

Although the defender is likely to want wages in excess of £200,000-a-week and a massive signing-on fee, Real feel any deal would represent value for money.

Rudiger was asked about his future, and the links with Bayern Munich, earlier this month, saying: ‘I feel good at Chelsea where I am now, so that fits.

‘The interest from Bayern Munich honours me because that shows that I’ve done a few things right recently, but I won’t let that distract me.’

Rudiger briefly lost his place in Chelsea’s team under Frank Lampard at the start of last season but has been a key component of Thomas Tuchel’s back-line ever since the former PSG boss took charge at Stamford Bridge.