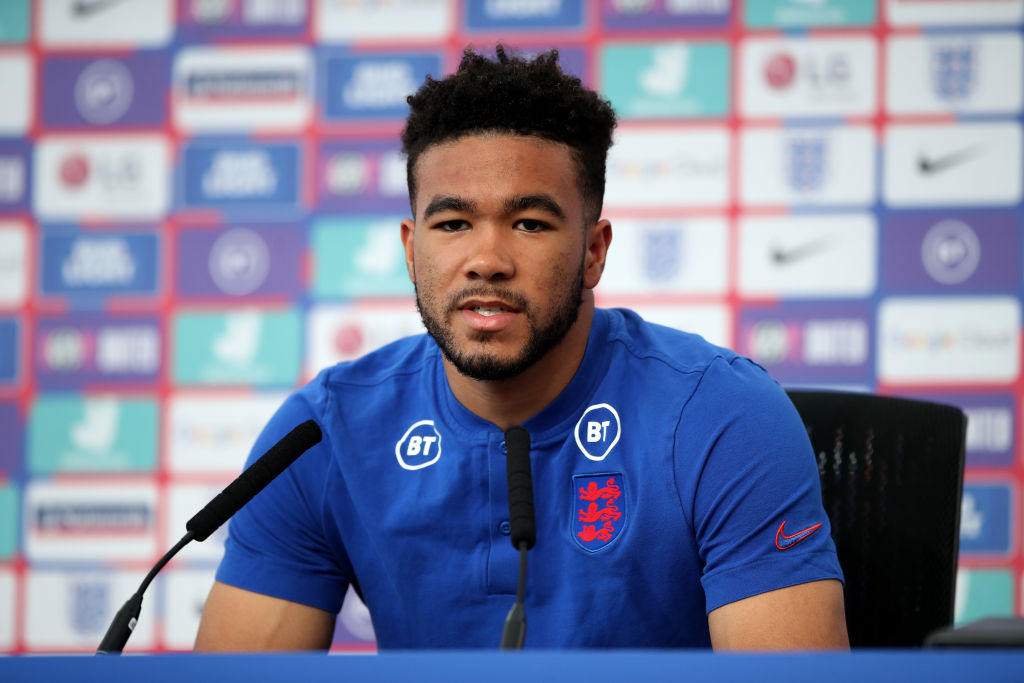 Reece James has revealed that he speaks with Ashley Cole to improve his game on a near weekly basis and believes their regular chats have been instrumental in his rapid progression at Chelsea over the last two seasons.

The 21-year-old right-back played a key role as Chelsea secured a fourth-placed finish under Thomas Tuchel on the final day of the campaign before producing an outstanding performance as the club beat Manchester City in Porto to secure the Champions League trophy for a second time in their history.

It’s been a meteoric rise for the Chelsea academy product, who was on loan with Wigan Athletic in the Championship just two years ago.

James’ consistency in recent months saw him rewarded with a place in Gareth Southgate’s 26-man England squad for this summer’s European Championships and the youngster is expected to start in the side’s Group D opener against Croatia on Sunday.

During a media conference at St George’s Park on Thursday, James lifted the lid on the help he has received from former Chelsea star Cole, arguably the greatest full-back England has ever produced.

‘When I was young I wasn’t always a right-back,’ James told reporters at St George’s Park on Thursday.

‘I was a striker. But I’ve always looked up to Frank Lampard because he played for the club I supported, Ashley Cole similar.

‘So I’ve always supported the boys who played for the team I supported.

‘With Cole, we speak nearly every week. He’s probably one of the best left-backs to play the game.

‘Even though he was a left-back the position is basically the same, just on the opposite side. He helps me a lot progressing.’

Southgate is planning to start with a 3-4-3 formation versus Croatia and James is more than prepared to play on the right side of John Stones at the heart of England’s defence in Harry Maguire’s absence.

‘I played right-sided centre back many times coming through the academy, so the position wasn’t new to me,’ James told talkSPORT.

‘The position is much different to wing-back, you can’t really go forward. At wing-back you have the licence to push on and join in on the attacks.

‘But the right side of a three you’re kind of limited to where you can go and what you can do.’

Asked how many positions he’s been playing in training, James replied: ‘Probably the positions you could guess: wing-back, centre-back and right-back.

‘I’ve played all three so far. I don’t know what’s going to happen or what position I might feature in.’