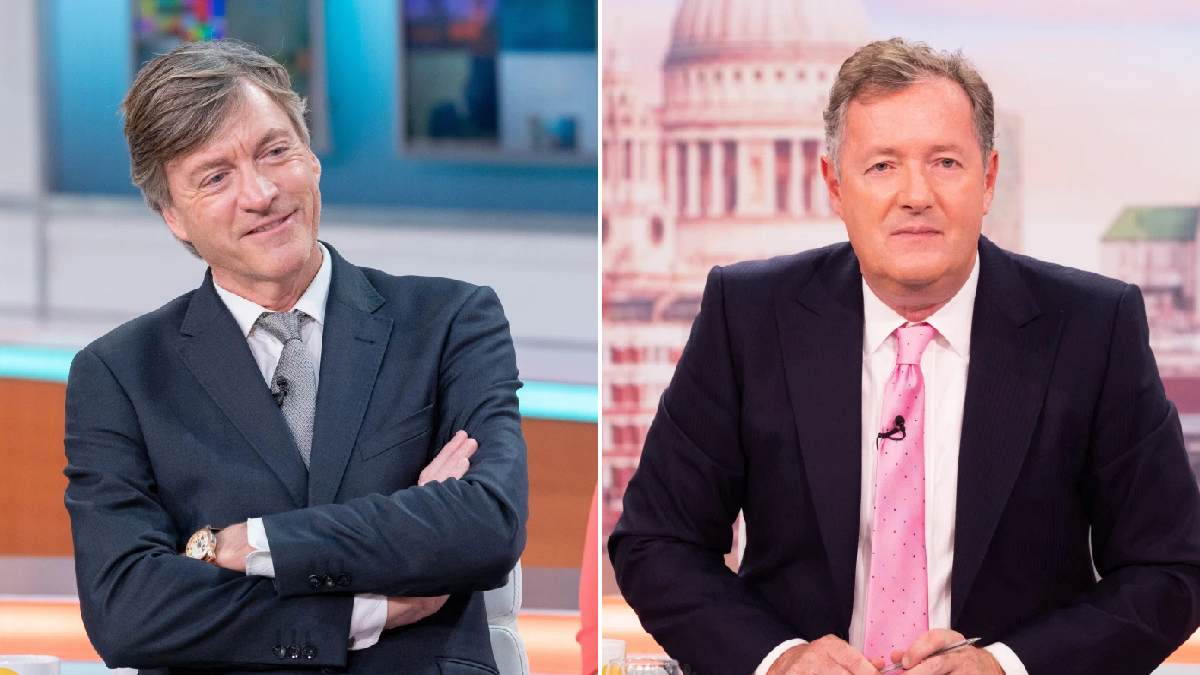 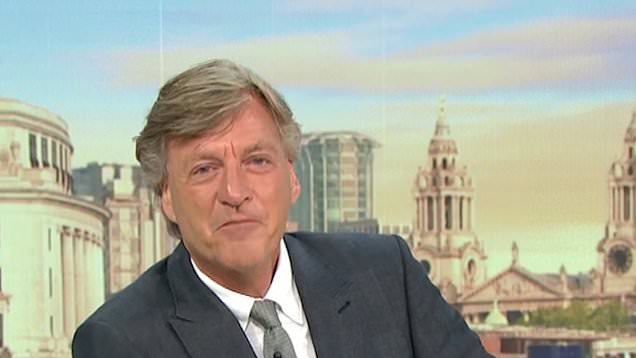 The 56-year-old left the ITV programme in March, after directing a rant towards Meghan Markle, stating he didn’t believe her claims about her struggles in the Royal family – with the scenes racking up more than 57,000 Ofcom complaints.

On today’s instalment of GMB, a highlights reel was played on air, showing some of the biggest moments from the last 12 months – including an appearance from Captain Sir Tom Moore.

Also in the montage clip was footage of Piers interviewing Britain’s oldest twins, alongside Susanna Reid, and sharing a laugh with Dr Hilary Jones.

Referring to his brief cameo, presenter Richard said: ‘Well, it just goes to show that Piers hasn’t quite left the building.

‘There are still shades and shadows of the master still with us.’

Richard’s comments come after he dropped the bombshell that Piers was due to leave the series months before his shock exit unfolded on our screens.

The TV veteran joined the ITV panel this week, where he revealed that he was originally due to join in the action much earlier.

‘I was due to come back in April and May because Piers was going to America,’ he said on Thursday.

‘So I would’ve been sitting alongside you quite a lot then, but all that went west. So here I am.’

The Masked Dancer: Llama unmasked as Zoe Ball is eliminated

Piers left GMB in March but has not been permanently replaced as of yet, with stars like Ben Shephard, Adil Ray and Kate Garraway stepping up to present.

Most recently, Alastair Campbell guest presented for Mental Health Awareness Week, and Bill Turnbull, who previously presented with Susanna on BBC Breakfast, has since taken over.

Good Morning Britain continues on weekdays, at 6am, on ITV.

MORE : Kim Kardashian ‘feels like a f**king failure’ as she breaks down over Kanye West divorce: ‘I want to be happy’

Holly Willoughby is in crisis talks over This Morning future