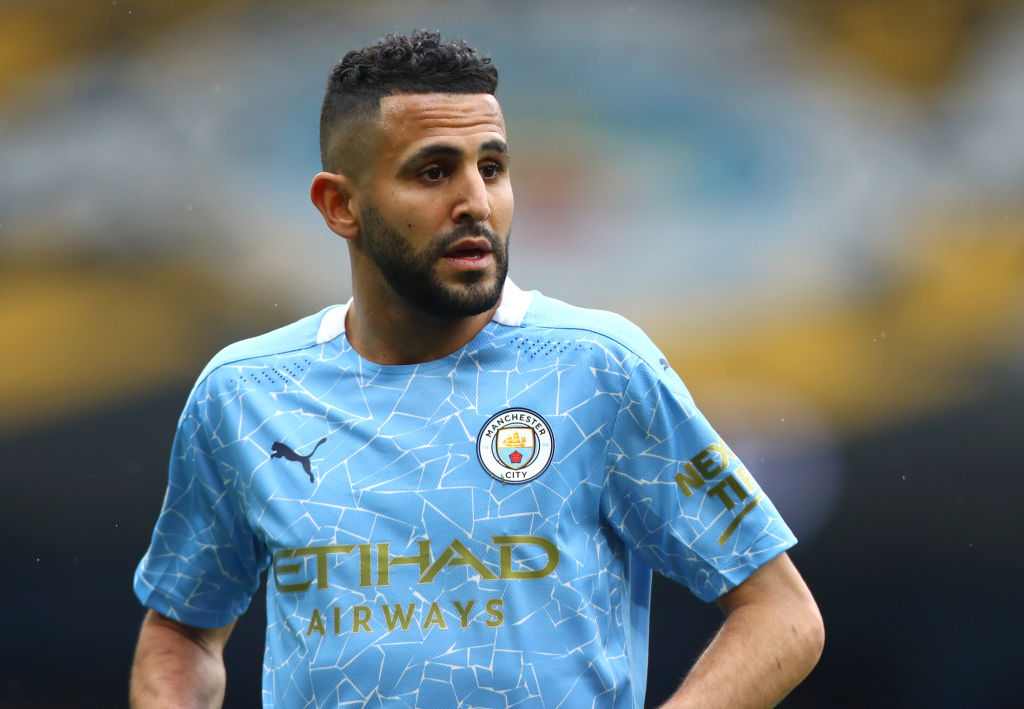 Riyad Mahrez has insisted he remains committed to Manchester City amid speculation linking him with a move to Arsenal.

With Pep Guardiola said to be looking at bringing in the likes of Harry Kane and Jack Grealish for mega-money fees this summer, a number of City players have been linked with exits from the club.

Mahrez and fellow winger Raheem Sterling are reportedly among those players deemed surplus to requirements, with ex-Man City assistant Mikel Arteta thought to have registered his interest in reuniting with the pair at Arsenal.

Mahrez has been at the Etihad since 2018 and has helped the Manchester club win two Premier League titles, three League Cups, as well as an FA Cup.

And speaking after firing Algeria to a friendly victory over Mali on Sunday, the 30-year-old silenced any questions over his future at City.

‘There is nothing about my future,’ Mahrez told DZ Foot.

‘I am well in Manchester. I will stay God willing.’

After winning the Premier League title and Carabao Cup in the 2020/21 campaign, City Chairman Khaldoon Al Mubarak has revealed that the club plan on bringing ‘quality’ into the squad in multiple positions this summer.

‘One of the things I’ve learned over the years is, you need to constantly bring in talent into the team, refresh and particularly when you are at a high level and when you’re on the top,’ Al Mubarak said last week.

‘Having won the league, it is not the time to sit back and be content. That would be your biggest mistake.

‘This is the time to send a strong message, that there’s no contentment, that you’re not satisfied with just winning the league.

‘That’s great, but you want to win it again and you are committed and you are bringing more talent that is going to compete, not for the squad, but for the starting XI.

‘We lose a very important legend in Sergio Aguero. They are very hard shoes to fill, but I’m confident that we will find the right player to fill those shoes.

‘There are other areas within the group, within the team that obviously need investment. Not too many. It’s not about numbers, it’s about quality.

‘I think the squad is a phenomenal squad. You don’t win the Premier League and you don’t reach the Champions League final if you don’t have an incredible squad and we have that.

‘We will bring quality into the squad in a couple of key positions.’

Tottenham looking to appoint ‘softer manager’ instead of Antonio Conte