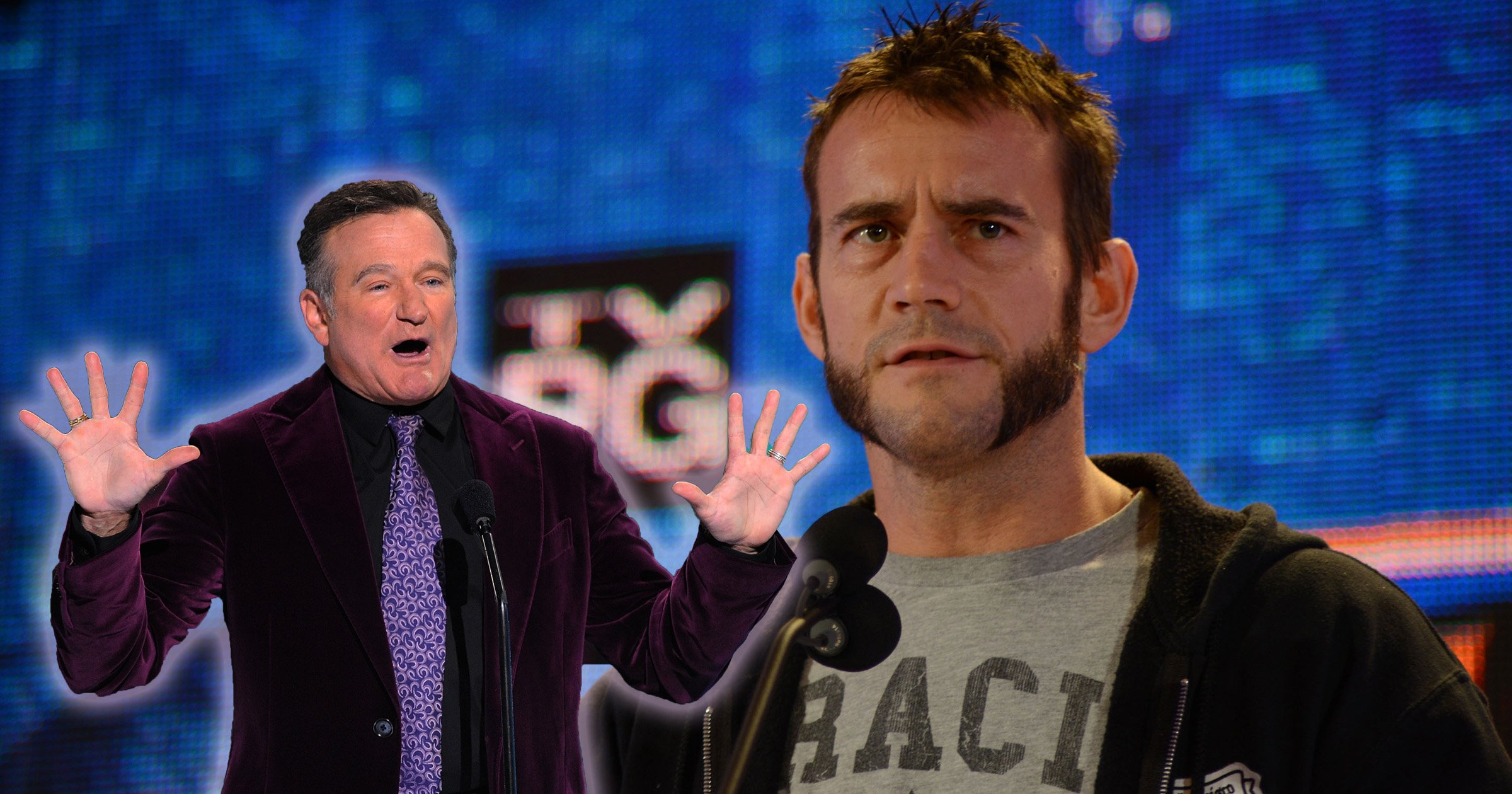 CM Punk has remembered the time he met Robin Williams – only to end up in an impromptu WWE-style brawl with the late actor.

The former world champion was staying with Rancid frontman Lars Frederiksen when the Jumanji star – who died aged 63 in August 2014 – hit a wrestling move on him in one of the more bizarre wakeup calls we’ve ever heard of.

Speaking on the Wrestling Perspective Podcast, he said: ‘I never ever tell this story because Lars was very good friends with Robin Williams. There was one time I was sleeping upstairs in Lars’ house and, I like to sleep, ladies and gentlemen.

‘To this day, if I don’t have to get up and do anything – I don’t got to set an alarm – I’m a free spirit. Do you know what I mean? I don’t got planes to catch. I did a whole lifetime of that, so I just sleep until I wake up, and I was doing that at Lars’.

‘I woke up because somebody had jumped on top of me while I was sleeping and as I wake up and I turn around I’m like, “It’s f***ing Robin Williams.” So, what do you do, right?

‘This is the first time I’ve ever met Robin Williams and I think, as the story goes, he was just like, “Oh, the wrestler, he’s sleeping upstairs right now?”

When Punk first woke up he ‘immediately’ assumed it was Lars who’d jumped on him, before quickly realising what had happened.

‘So he runs up and he splashes me in the bed. I wake up and I immediately think it’s Lars, so I just start charging after him,’ he added.

‘Halfway through running down the stairs, I’m like, “I’m pretty sure that’s Robin Williams,” but I don’t give a f**k, I’m going to get this motherf**ker now.

‘I half-ass tackle Robin Williams. He’s trying to run out into the street. and then I just picked him up and I’m airplane spinning Robin Williams. I just put him down and he’s like, “I got to go,” and just f**ks off and runs away.

‘I’m standing there just like, “That’s the damnedest way to wake up.” I just remember walking back in the house and being like, “Was that Robin Williams?” [Lars replies] “Yeah.” “Alright, cool.” ‘

Sadly, Punk didn’t reveal exactly when it happened – but Robin died eight months after the wrestler last appeared in WWE.

Meanwhile, he has spent a long time denying any desire to get back in the ring, although he has softened his stance in recent years, and recently admitted there’s a chance something could happen one day.

He told Uproxx: ‘I think the right combination could maybe be figured out, but it’s also not for me to figure out. It’s not my world anymore. I’m certainly not Hulk Hogan, where I’m going to show up somewhere and like, “No, this is how it’s going to be.”

‘I don’t know, it’s like flavours of ice cream. I walk into an ice cream shop one time and I’m like, “Oh, that seems like a good flavour. Give me two scoops of that.” It’s just gotta be the right time, right place, right situation.’

Jewellery and coins found at 9,000-body burial site being dug up for roadworks

Ryan Seacrest shares sweet high school throwback and how is his hair doing that?