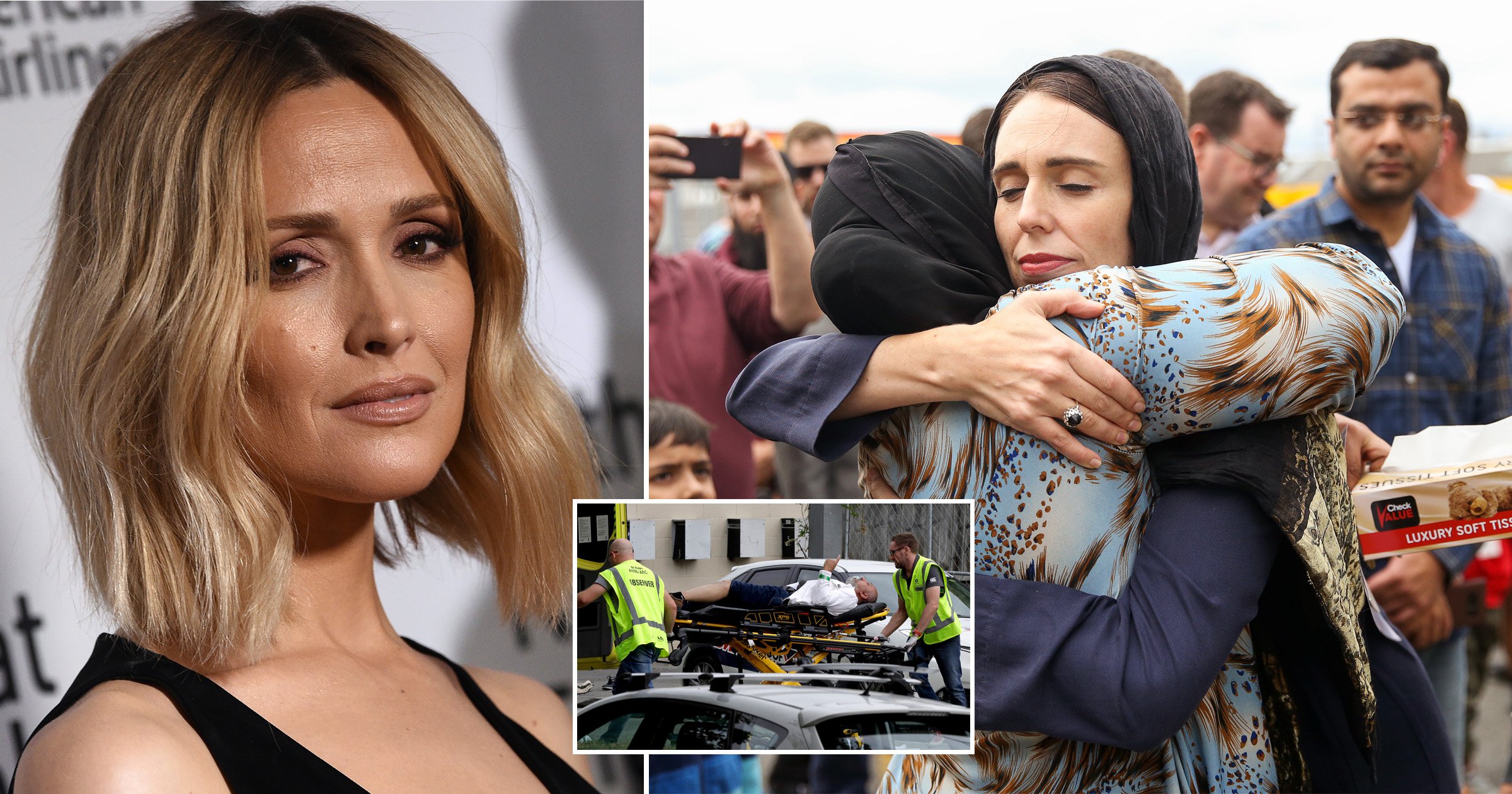 Australian actress Rose Byrne is set to portray New Zealand Prime Minister Jacinda Ardern in the upcoming film, They Are Us.

According to Deadline, the movie will tell the story of the harrowing week following two mass shootings at mosques in Christchurch, New Zealand, in 2019, which left 51 people dead.

Several members of the mosques affected by the attack are said to have been consulted for the project which will be written and directed by Andrew Niccol.

New Zealander Niccol told the publication: ‘They Are Us is not so much about the attack but the response to the attack [and] how an unprecedented act of hate was overcome by an outpouring of love and support.

‘The film addresses our common humanity, which is why I think it will speak to people around the world. It is an example of how we should respond when there’s an attack on our fellow human beings.’

Niccol is referring to NZ PM Ardern, who was widely praised for how she handled the response to the attack.

The title for the film, They Are Us, is taken from her powerful speech immediately following the shootings.

However, the motion movie, produced by Ayman Jamal, Stewart Till, Niccol and Philippa Campbell, has already been met with a wave of criticism.

A spokesman for the Prime Minister’s office told the New Zealand Herald that Ardern and her government haven’t been involved in the movie.

The Muslim Association of Canterbury also questioned whether the film was ‘appropriate right now’.

Spokesperson Abdigani Ali said: ‘Although recognition of our Prime Minister for her response to attacks is well deserved, we question the timing and whether a movie is appropriate right now?’

Meanwhile, people on social media also made their thoughts on the ‘tone-deaf’ project known, with one person tweeting: ‘Hollywood trying not to exploit tragedy challenge.’

Another wrote it was ‘disrespectful’, noting: ‘This is so disrespectful to the victims and their families. The attacks were heartbreaking and do not need to make a film about this.’

A third echoed: ‘Making a movie about the Christchurch massacre centered on the white PM is…a choice!’

Metro.co.uk has contacted a representative for Byrne for further comment.

MORE : Kim Kardashian reveals the moment she decided to split from Kanye West as she explains reasons behind divorce in emotional KUWTK finale

MORE : Suits star Patrick J Adams delivered his baby girl with wife Troian Bellisario in their car: ‘There was no room for panic’

Crocodile attack: How are twins Melissa and Georgia Laurie doing?

Mr Big is back! Chris Noth returns for Sex And The City sequel series and we are so hyped