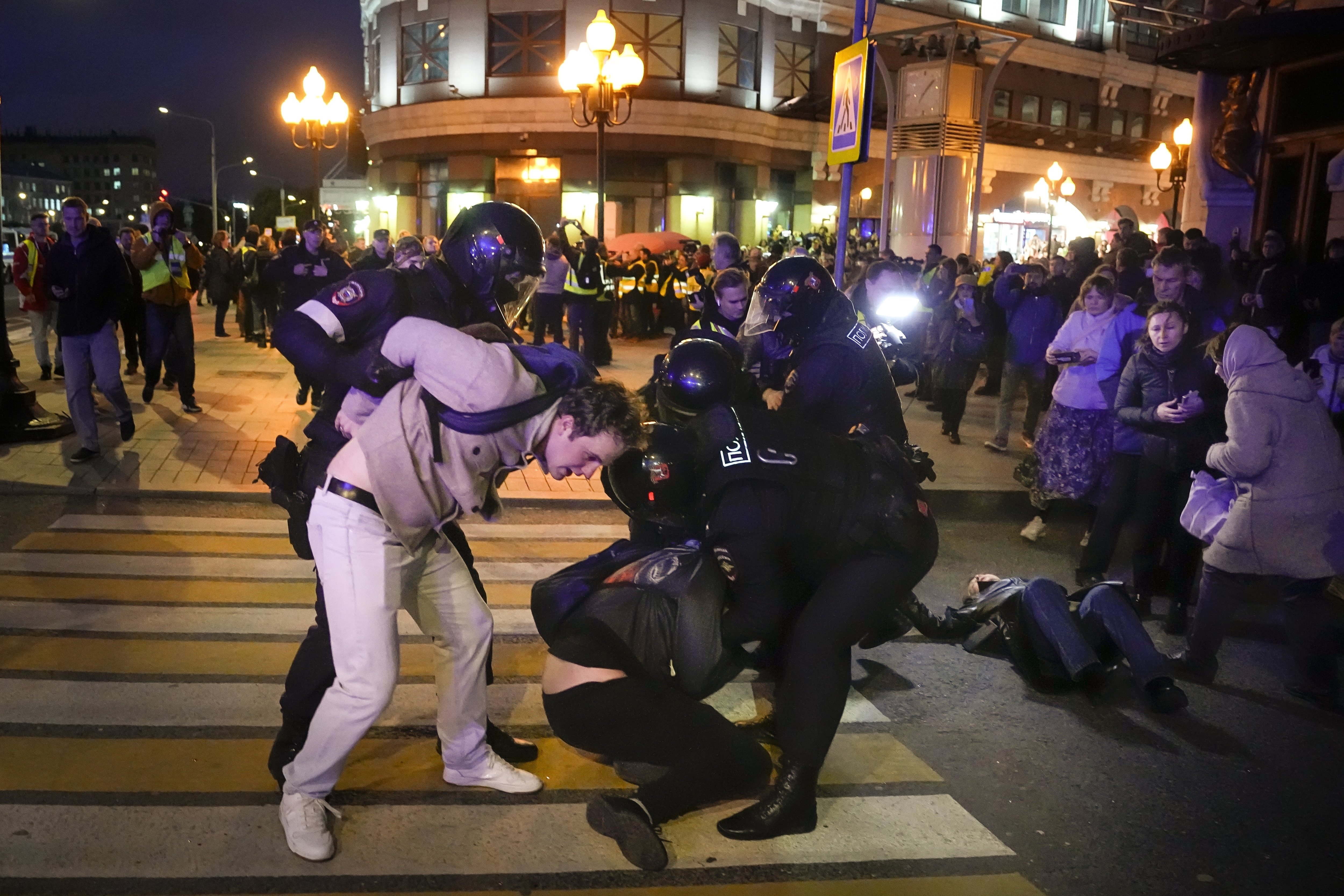 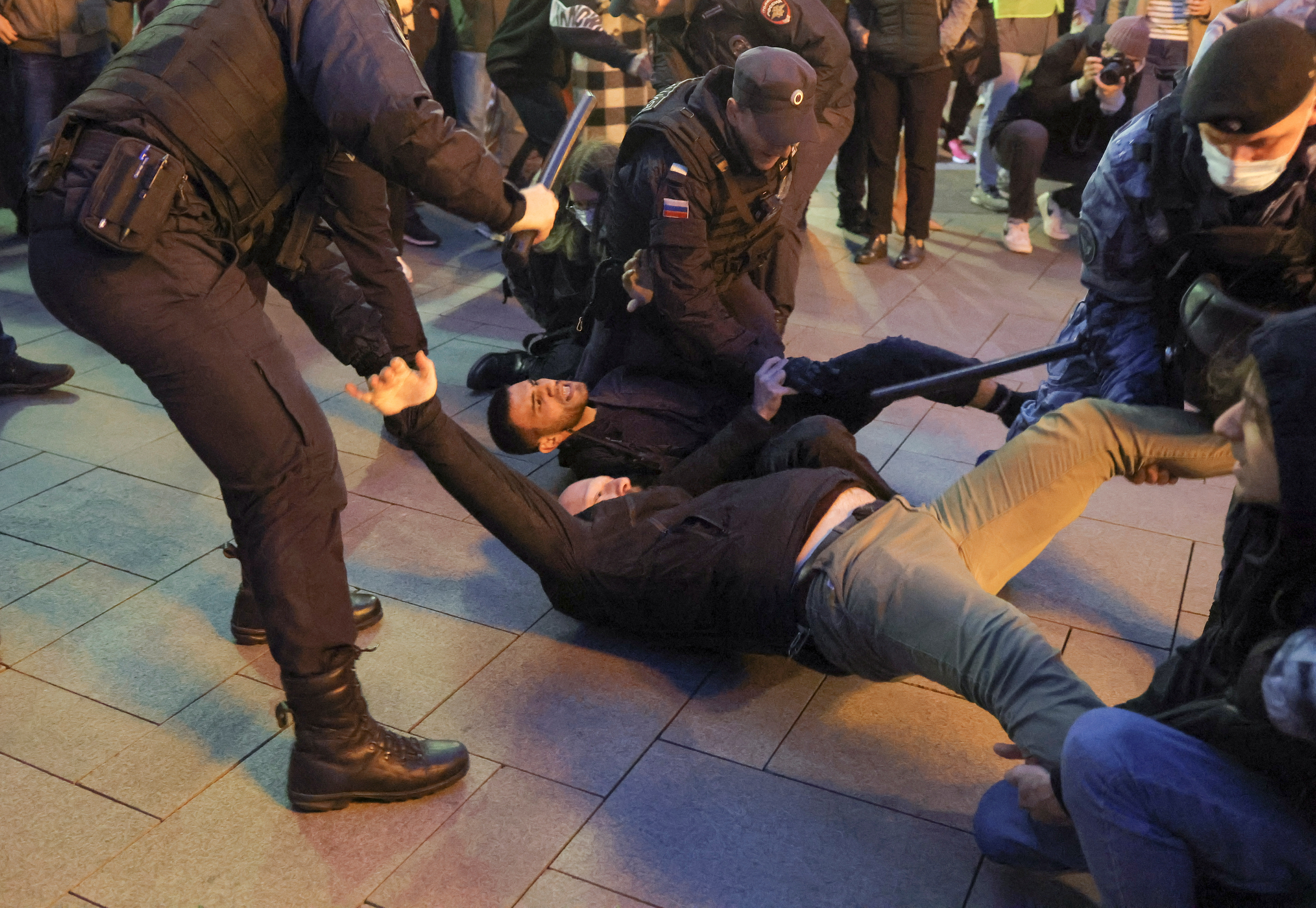 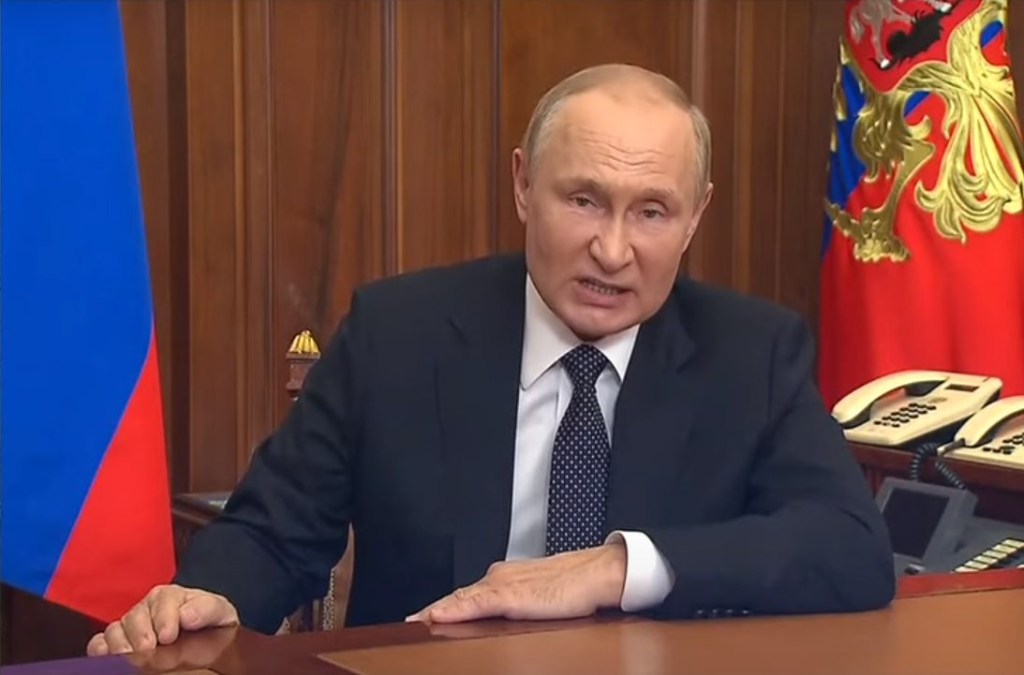 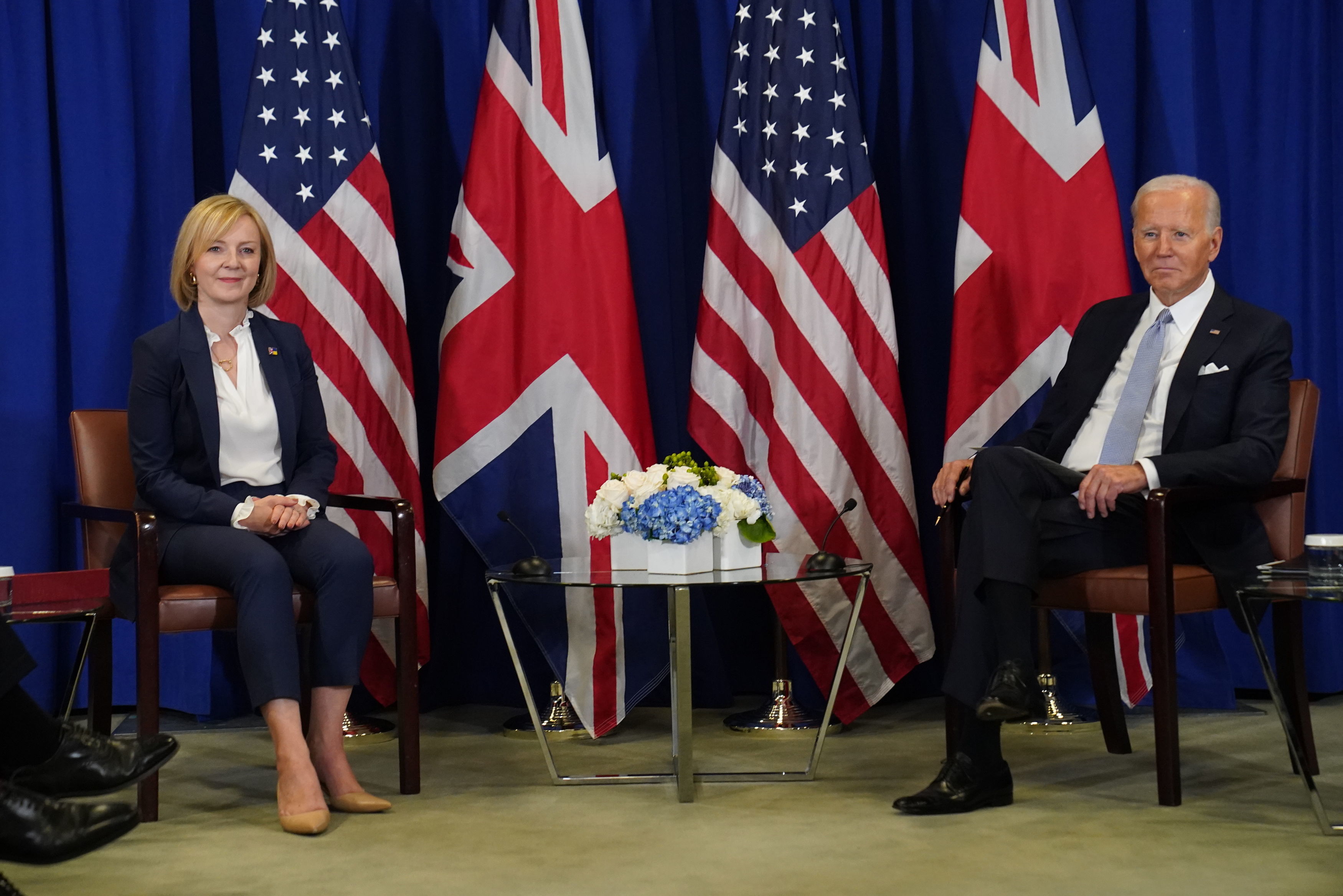 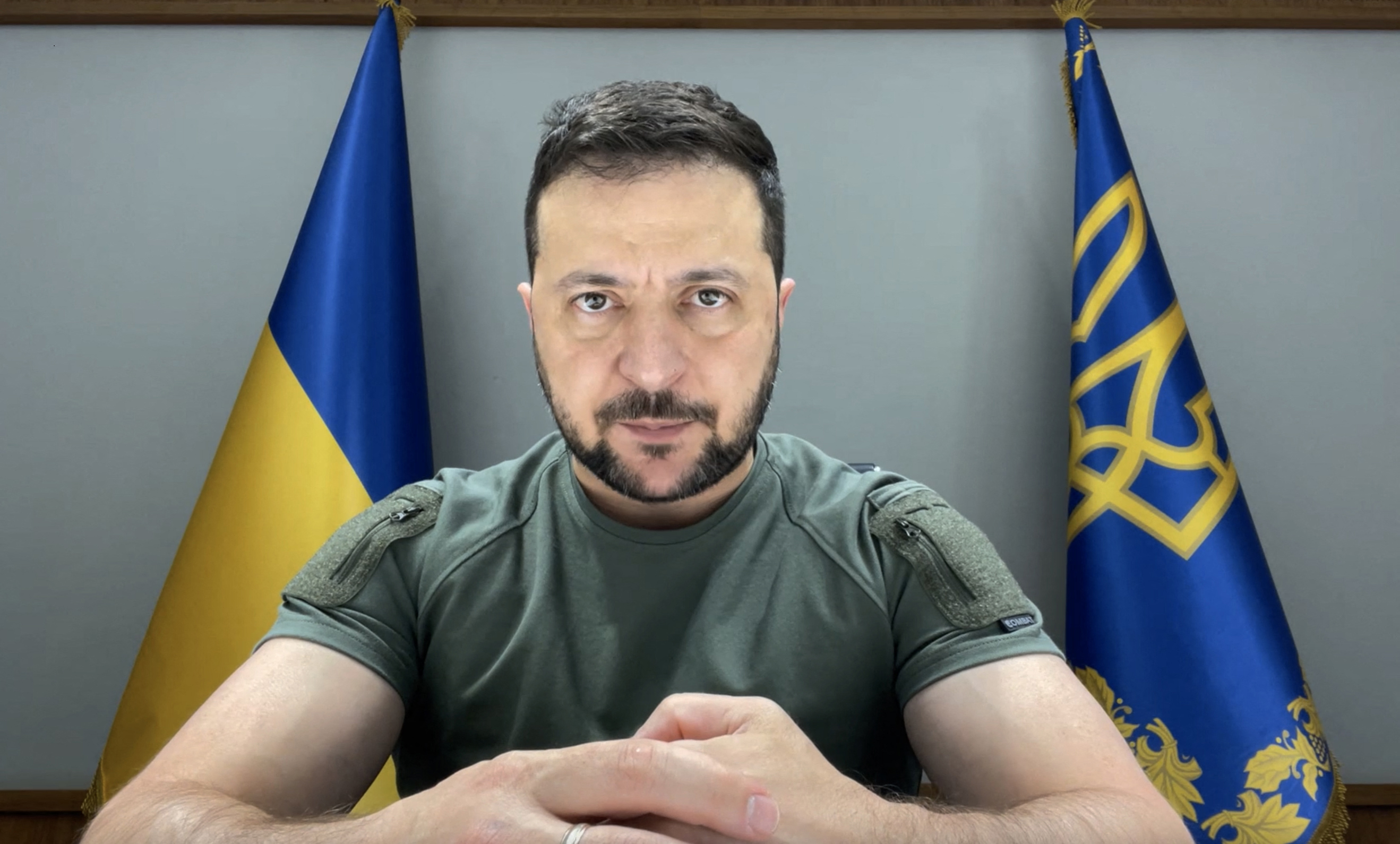 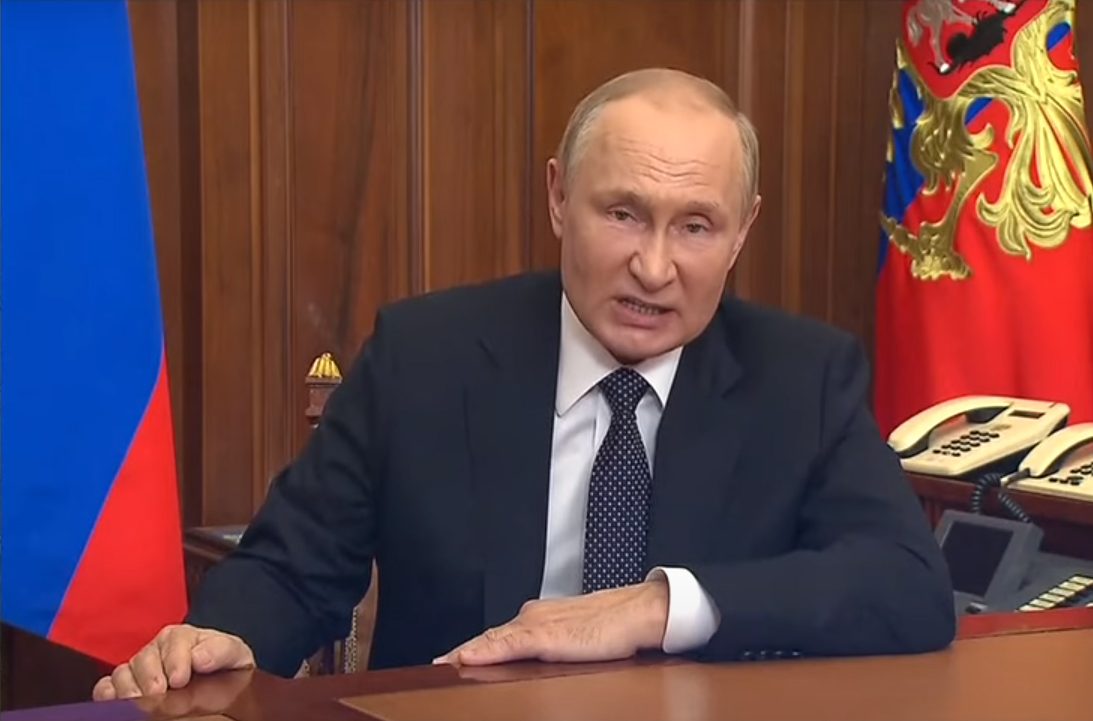 More than 1,300 Russians have been arrested in anti-war protests amid anger at Putin’s mobilisation of troops to aid his flagging Ukraine invasion.

Demonstrations spread to 38 cities, including Moscow and St Petersburg, after the Russian president drafted 300,000 reservists and issued a nuclear threat to the West.

Protesters shouted ‘no war’ and ‘send Putin to the trenches’, the BBC reported.

It followed a TV address by Putin in which he also backed referendums in Ukraine’s occupied Donetsk and Luhansk regions that could see him try to claim them as Russian territory.

Putin said he had signed a decree to partially mobilise Russia’s reserves, to combat ‘the collective West’ supplying Kyiv’s forces with advanced weapons, training and intelligence.

He also accused the US, the UK and the EU of ‘nuclear blackmail’ and warned he could respond in kind.

‘If the territorial integrity of our country is threatened, we will without doubt use all available means to protect Russia and our people – this is not a bluff,’ he said.

‘In its aggressive anti-Russian policy, the West has crossed every line.

‘This is not a bluff. And those who try to blackmail us with nuclear weapons should know that the weathervane can turn and point towards them.’

Reports suggest some Russian soldiers in Ukraine have refused to go into combat and tried to resign from service.

Last night, one-way flights out of Moscow had sold out as some of those who face conscription flee the country. A group of Western reporters witnessed at least a dozen arrests in the first 15 minutes of a protest in the capital.

Asked whether protesting would help, one Muscovite said: ‘It won’t but it’s my civic duty to express my stance. No to war!’

The Vesna opposition movement said: ‘Thousands of Russian men – our fathers, brothers and husbands – will be thrown into the meat grinder of the war. What will they be dying for?’

Russian police have made more than 16,000 arrests at anti-war protests since the conflict began back in February, human rights group OVD-info says. Moscow prosecutors have warned protesters they face up to 15 years in jail.

US president Joe Biden, who met prime minister Liz Truss last night, accused Russia of a ‘brutal, needless war’. He told the UN: ‘A nuclear war cannot be won and must never be fought.’

UK defence secretary Ben Wallace said: ‘Putin’s breaking of his own promises not to mobilise parts of his population and the illegal annexation of parts of Ukraine are an admission that his invasion is failing.

‘No amount of threats and propaganda can hide the fact that Ukraine is winning this war, the international community are united and Russia is becoming a global pariah.’ Ms Truss has said the UK would again send Ukraine £2.3billion of military aid in 2023.

Ukrainian president Volodymyr Zelensky, who was due to address the UN General Assembly last night, said he did not believe Putin would use nuclear weapons but told Germany’s Bild TV: ‘We cannot make these compromises.’

According to the influencer, two state prosecutors called at her home claiming she ‘stands out too much’.

He claimed the West wanted to ‘drag out the fighting as long as possible in spite of the victims in order to wear down and weaken Russia’.

Russians appear to be looking for ways to stop being sent to war in Ukraine.

It’s three times the length of an Olympic swimming pool.