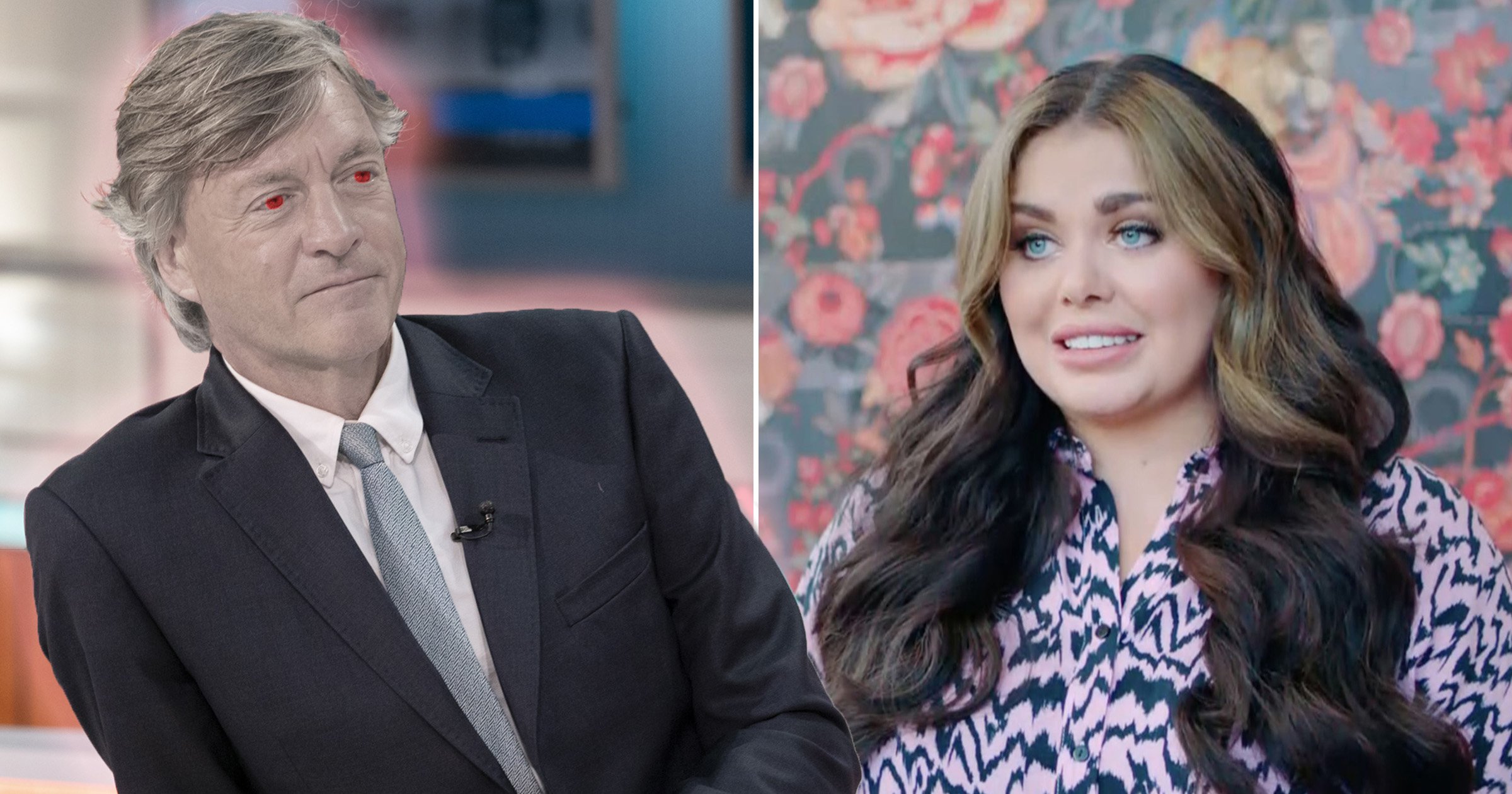 Scarlett Moffatt has suggested ‘vampires walk among us’ and that she believes Richard Madeley could be one of the blood-suckers because he ‘has not aged in 40 years’.

The former Gogglebox break-out star can’t understand how the TV presenter is 65 years old and claimed he must be somehow ‘drinking from the fountain of youth’ to stay looking so ageless.

Scarlett was discussing the popular myths surrounding vampires on her BBC Radio 1 podcast, Scarlett Wants to Believe, alongside her boyfriend Scott Dobinson and their guest, radio host Chris Stark, 34.

Landing on the myth of immortality, the 30-year-old explained: ‘This is not me saying that he IS a vampire but I always think Richard Madeley is somehow drinking from the fountain of youth. Because that man has not aged in, like, 40 years.

‘There’s vampires walking among us. I don’t know if they suck people’s blood but I think that they’ve somehow found the fountain of youth and they’re drinking from it.’

Chris was taken aback over Scarlett’s claim about the former This Morning presenter, who’s been married to co-host Judy Finnigan for 35 years, interjecting: ‘You’ve just suggested Richard Madeley is a vampire and he walks among us on our TV.

‘Whose blood has he been sucking?’ the co-host of That Peter Crouch Podcast pondered.

Chris also jokingly blasted Strictly Come Dancing for being ‘guilty of overdoing it with vampires’, complaining: ‘They love a vampire. There’s always a Halloween special and so you see Jamie Laing as a vampire. It’s all the stereotypes as well.’

He clashed with Dr Hilary Jones as the GP urged for members of the British public ‘to take this seriously’ as he cautioned over the government’s plans to fully ease Covid-19 restrictions on June 21, with Richard exclaiming: ‘It’s more than a nuisance!’

The bookclub founder has also previously shared that there’s been no move from ITV to make him a permanent fixture on Good Morning Britain, but said: ‘I’ll go in, I’ll fill in, I’ll enjoy it and I hope they ask me back. But in terms of sitting in for Piers, it’s a completely open question.’

MORE : Scarlett Moffatt: ‘Trolls made me want to disappear, but I want to use my platform to help them’

Do Love Island contestants have to get a Covid vaccine before entering the villa?