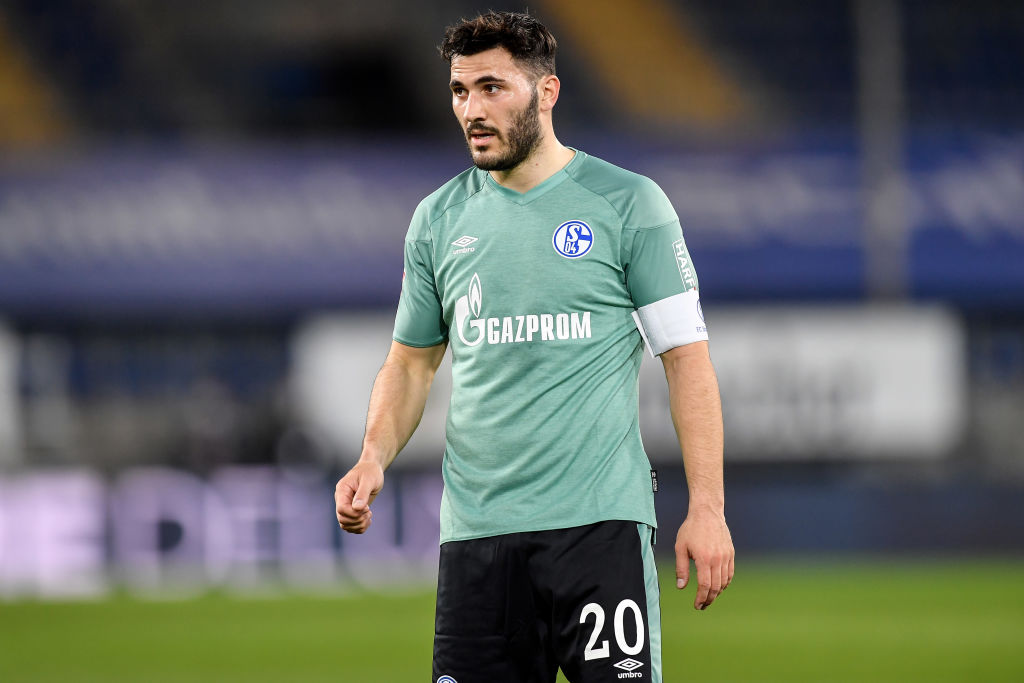 Schalke have announced that they will not be making Sead Kolasinac’s loan deal permanent, meaning the left-back will return to Arsenal this summer.

Kolasinac found playing time difficult to come by under Mikel Arteta in the 2020/21 campaign and signed for the German club on a short-term loan in January.

The left-back, who originally joined Arsenal from Schalke in 2017, couldn’t stop them from being relegated from the Bundesliga as they finished rock bottom.

And in a statement on their website, the club confirmed that Kolasinac – whose Gunners contract expires in the summer of 2022 – and fellow January recruit Klaas-Jan Huntelaar won’t be staying on.

Schalke’s Director of Sport, Peter Knabel, said: ‘On a sporting and personal front, it’s a painful decision to have to make.

‘Considering the current budget and squad structure – well-known challenges that have been openly discussed – there was no alternative.

‘We also can’t afford to spend weeks going back and forth given that we have a short pre-season and how quickly the new campaign will come about; we have to make decisions in Schalke 04’s best interests now. That is why this step is necessary.’

‘Sead and Klaas-Jan deserve that at least,’ he added. ‘We’re very grateful that they supported their beloved club for this past six months to the best of their ability.

‘You could always sense how much Schalke 04 means to them and the connection they feel to the club.

‘We would like to say thank you for the incredible passion and support that they showed the club in this difficult period, and wish them all the best for the future both on and off the pitch.’

Which countries have been added to the red and amber travel lists?