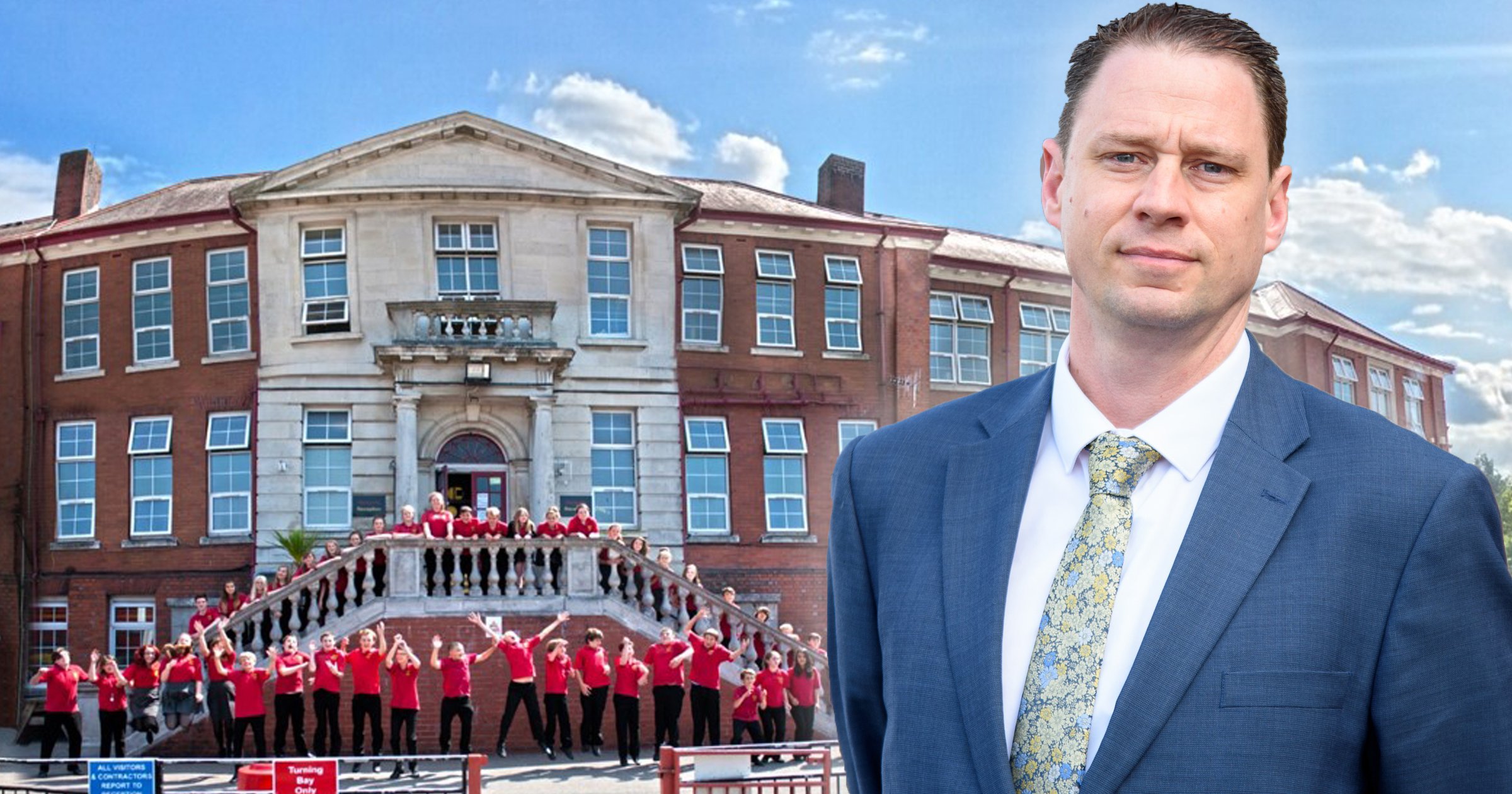 A headteacher has banned skirts from his school after ‘years of complaints about highly inappropriate and far too revealing attire’.

Angry parents have hit out after being told to buy trousers or shorts for the new school year at St Martin’s School in Caerphilly, South Wales.

Children have also complained the new rule is ‘unfair’ after being ordered to dress in ‘appropriate workplace attire’.

An email from headteacher Lee Jarvis to parents read: ‘Over the last couple of years our school community has had concerns over the length of some learners skirts.

‘Staff and learners are included in this and members of the public have frequently contacted the school to complain about what they regard as highly inappropriate and far too revealing attire for the workplace.

‘We have therefore concluded that this item of clothing needs to be removed from our uniform policy from September and replaced by tailored shorts for hot weather or alternatively trousers.

‘I felt it was prudent to write to let you know this in plenty of time before we all begin to consider purchasing new uniform for September.’

One mum said her daughter ‘is not happy’ with the rule change as she ‘doesn’t want to wear tailored school trousers’.

She said: ‘I think it’s unfair. Don’t they have other things to worry about after we’ve all come through Covid?’

Another mum said: ‘I disagree with this. It should be addressed per child and not penalise the whole school.’

Mr Jarvis has declined to comment on the issue any further.

Around 980 pupils attend St Martin’s, which is a comprehensive and sixth form school.

It comes after a school in Monmouthshire was accused of ‘body-shaming’ after recommending parents buy ‘modesty shorts’ for children as young as four.

Another incident in in Dumfries and Galloway saw a teenage boy wear his sister’s skirt to school after being sent home for wearing shorts on one of the hottest days of the year.

Friends reunion becomes Sky One’s most watched show ever and could it be any more record-breaking?

As a teacher, I’ve seen the devastating impact of sexual harassment in schools